Well, as one of my favourite music groups will tell you, sometimes, bad is bad. This entry in the chapter called Monstrous Apes in DK Canada’s highly enjoyable Monsters in the Movies book is pretty horrid.

It marries footage from a 1927 silent three hour epic called Perils of the Jungle, which clashes with the styles and the appearances of the characters in the rest of the film, and consequently tells an unintentionally funny tale, and one white murderous gorilla, which somehow ties on to the continued existence and fate of Africa itself.

Steve Collins (Ray Corrigan) stumbles out of the jungle with a ridiculous story featuring dangerous natives, a noble and well-dressed collection of white English survivors, and his pursuit by a White Gorilla, a man in the suit, in this case, also Corrigan. Collins, for the majority of the film is merely an observer, coming across sequences that have been cut from the other film, over which Collins provides narration.

It’s silly, poorly produced, and feels like it was thrown together over a couple of days on a lark, or possibly a dare. I can’t even imagine kids at the time digging on this one. Not when there were other better produced films coming out at the time.

Sure, there are lots of animal shots, no doubt shot on location, but everything with the ’45 cast looks like it was shot in someone’s backyard, or a park.

I’m sorry to say that there isn’t much to redeem this film, and honestly, if John Landis hadn’t included it in his book, it may have been forgotten, forever, by viewers, as if it never existed.

Still, we’re closing in on the end of this chapter, but there are so many more monsters yet to encounter in our travels. So perhaps give this one a miss when you come across it in your copy of DK Books’ Monsters in the Movies, but do find something else, something truly monstrous to watch in its stead.

I can’t wait to see what film is coming my way next! 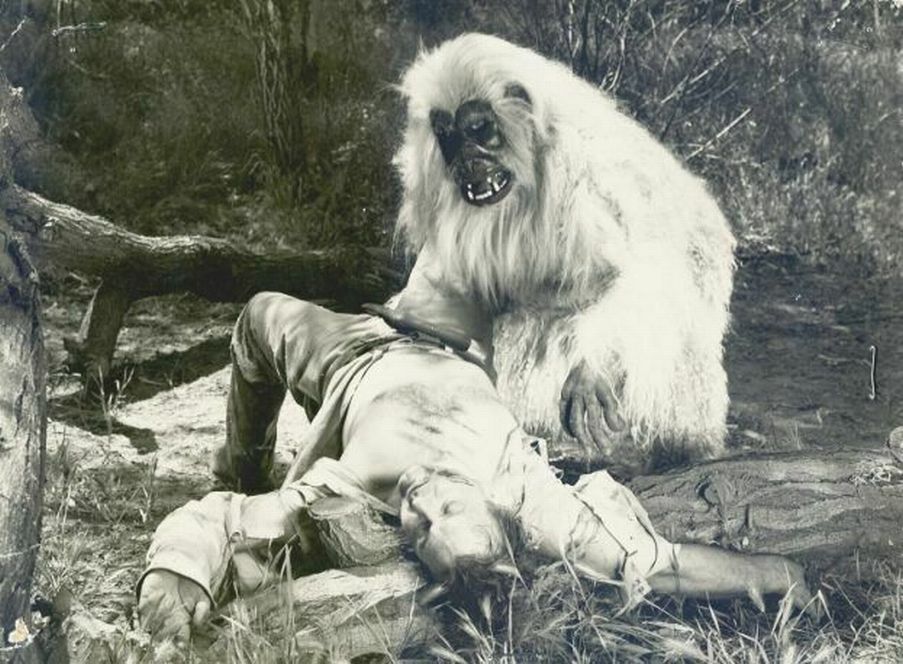