The zombie madness continues as I work my way through the chapter on this vicious version of the undead in DK Canada’s Monsters in the Movies. Much like the first film, 28 Days Later, this film is violent, kinetic, and features some solid star power.

The rage virus has swept across the UK, but a lot of those infected have died off since then, from starvation. NATO and US forces arrive to help with the United Kingdom’s rebuilding.

Fresnadillo uses a similar visual sensibility as Danny Boyle did in the first film, lots of camera movements, washed out colors, and violent, bloody zombie sequences.

Even as the nation begins to rebuild itself, things start to go sideways, and the outbreak isn’t quite done with humanity yet. 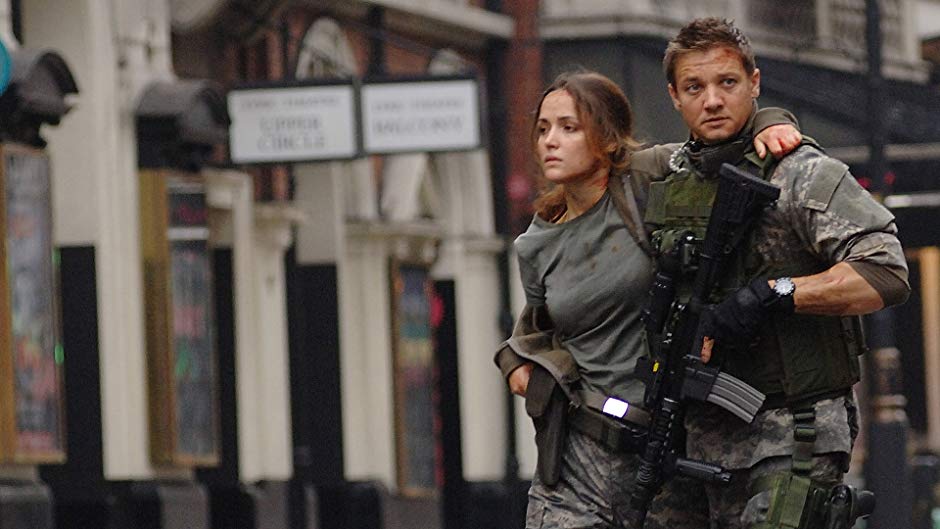 Even with a short runtime, just over an hour and a half, the film takes its time with character beats and story building, as well as world building (which may pay off with the rumored 28 Years Later coming).

Donald (Carlyle) is helping run the reconstruction zone, but he’s got a horrible shame haunting him even as he tries to reconnect with his two children who have been recovered from Spain (a shame that you just know is going to come back to haunt him). . Elba plays Stone, the head of the US military forces on the ground, Renner is a sniper (no typecasting there), Doyle, and Byrne is the Chief Medical Officer of the base.

Each of them is doled out their moments, to help us connect with them, so when everything hits the fan, the emotional impact is all the more powerful.

And from a production angle, you have to love how the crew were able to get the shots of a seemingly barren, apocalyptic London. It’s a great looking film, very much in keeping with the first, and it plays fairly smart, or at least as smart as zombie films seem to get, because you know some characters have to do stupid things… it’s simply understood as part of the genre.

There are payoffs, and there is karma that play out through the actions of the film, and there are also some truly horrific moments. It’s very engaging, and the final minutes of the film are really unnerving as we see most of it through a night scope, and in the dark.

It’s a brisk, fast, bloody film and it makes a great entry in the zombie chapter of the very enjoyable Monsters in the Movies book from DK Books. Don’t believe me? Check it out for yourself, or grab a copy of the book and find something bloody and macabre to watch tonight! 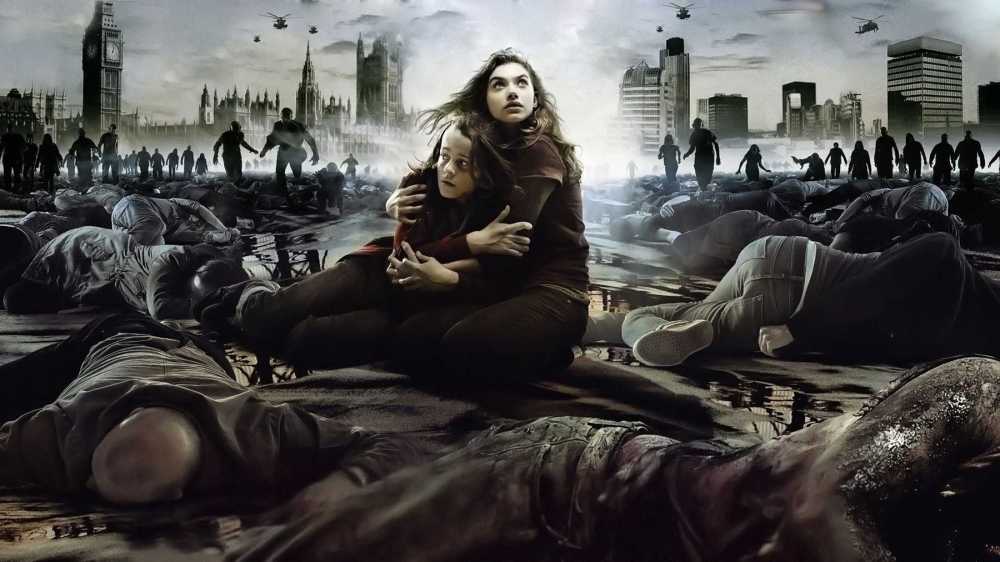