So I wanted something spooky and creepy, but needed a quick respite from revisting King’s work. I kept it in the family and dug into his son’s novel, NOS4A2.

This one feels almost epic in size as we follow the horrors committed by Charlie Talent Manx and the life of a woman, Victoria McQueen who may be the only one who can stop him.

We encounter Vic first as a young girl, and are introduced to her gift. She has an ability to create an inscape, a passage that can take her from one place to another, no matter the distance, in just a matter of moments.

Her first encounter with Manx, and his affectation for Christmas music, and obsession with a place known as Christmasland occurs when she is young, and lays waste to almost all of the possibilities of her future.

Now, Manx is back, and is not only after her, but after her son Wayne as well.

The story is creepy, unnerving, incredibly engaging, and makes for a helluva read. The strange phone calls, the way Manx, and his Rolls Royce Wraith, with its ominous and telling vanity plate change the children that Manx abducts. And of course, there is the horror of Manx’s lackey, his aide, Bing Partridge, or as he becomes terrifyingly known to the reader… the Gas-Mask Man. 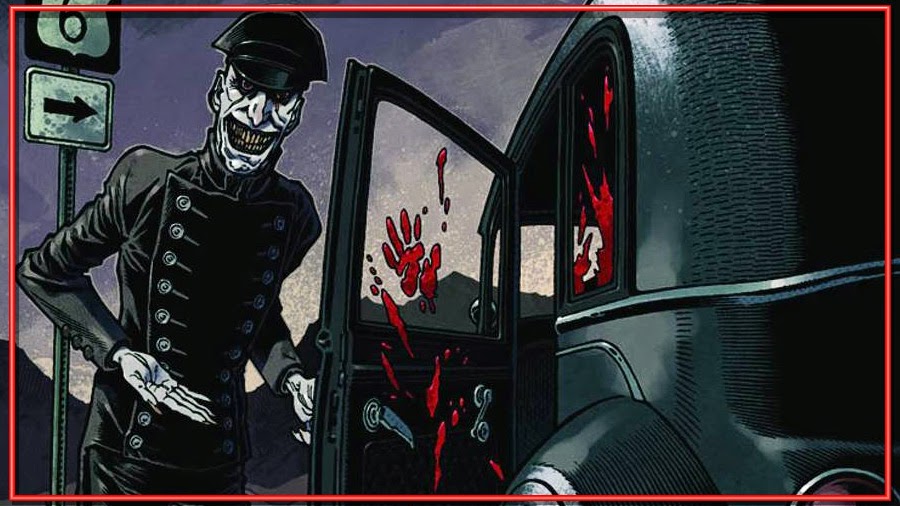 The violence is brutal and harsh, Hill’s description brings everything to vivid life, and his use of imagery to recall moments, looks, or the recurring motif of Christmas, perverted brilliantly into something truly horrific is fantastic. The story moves along incredibly rapidly, and we join Vic, fighting alongside her, hoping that we will all survive together.

Manx is frightening, partly because he actually thinks he may is doing the right thing, after a fashion, partly because of his behavior, and then his appearance. He sees himself as the savior of the children he abducts, and delivers them to the icy joys of the theme park that is Christmasland.

Hill’s story wraps the reader up completely, and leaves things up in the air right to the last page, and his ending is perfectly on point. It ties in with all that has gone before and ties up all the story threads perfectly.

There are some fantastic moments in this book, and Hill doesn’t flinch away from the more horrific and bloody moments, his stark, crisp way of presenting it forces the reader to experience it for themselves, their own experience, and horrors contributing to their interpretation of them. It’s nicely done.

Hill doles out his story brilliantly, and it is nothing short of a compulsive page-turner. I cannot wait to dig into another of his novels, but this one is going to stay with me for awhile…