There was just no way this one was going to work. But, it’s the next one in DK Canada’s Monsters in the Movies book, so I was happy to at least take a look at it.

Hearing about those involved in the film’s production behind and in front of the camera, you had to wonder who thought this could work. Eddie Murphy produces, writes and stars in this film directed by Wes Craven, and is neither artist’s best work.

At this point (1994), Murphy’s comedic star had waned coming off the horrendous Beverly Hills Cop III, and he hadn’t quite made the jump to family entertainment completely yet. Wes Craven was still a horror maven and was about to re-energize the horror genre with Scream.

But this film didn’t do any of them any favors.

Murphy stars as Maximilian (and a couple of other roles), one of the last remaining vampires who is drawn to Brooklyn seeking a mate to continue his line (that brings up a whole ‘nother line of questioning about procreation, since aren’t technically vampires the undead?). He seeks out Detective Rita Veder (Angela Bassett), a cop with a dark past.

In fact, it basically plays like a vampiric version of Coming to America. 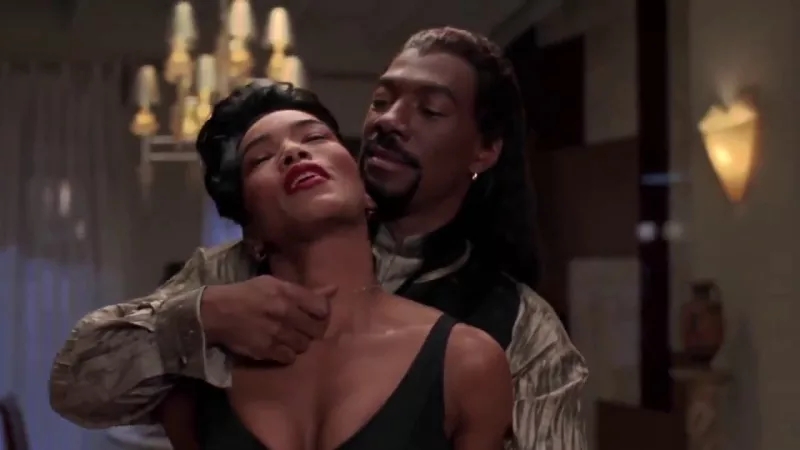 Kadeem Hardison plays Julius, Maximilian’s Renfrew, and he is almost as miscast in the film as Murphy.

The problem is Murphy is playing Eddie Murphy as a vampire, and for the most part (the most part) you like him. He’s fun, and only occasionally scary, which doesn’t work for the character, because the story needs him to be a threat to Rita, even as he attempts to seduce her. If he doesn’t feel like a threat, you aren’t invested in the character. and aren’t worried about how things play out.

You also know that because he’s a vampire, he has to be staked before the end of the film, but because it’s Murphy, you’re not sure if that’s going to happen, so you expect a kind of (supposedly) comedic tag, which is provided by Julius.

On the flipside, I do like the vamp makeup, but that isn’t enough to make the film a winner. And it’s sad that despite the fact that there is some top-drawer talent involved in the production that it couldn’t find the right tone.

It is neither horror nor comedy, but instead drunkenly stumbles towards one genre then the other without ever quite reaching either one.

I think in the long run Murphy and Craven would both like this one to be forgotten, and I’m ok with that too.

Still, it’s a look at how vampires continue to evolve through the cinema, and Monsters in the Movies from DK Books delights in giving us lots to sink our fangs into.  Pick one up and find something bloody and macabre to watch tonight. 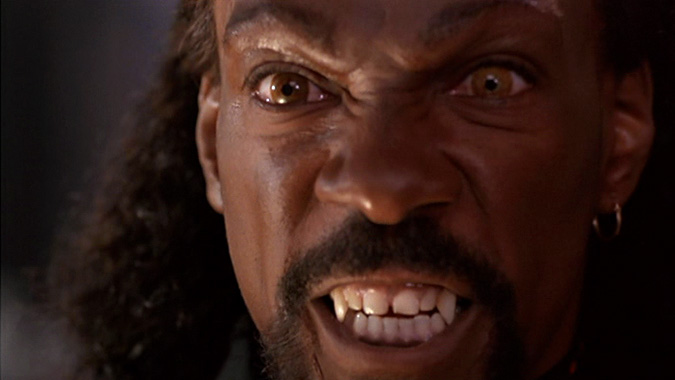