Spider-Man gets the animated cinematic treatment from Sony Pictures and Marvel Entertainment on 14 December. But the Spider-Man most of have grown up with is not the main character in this version of the beloved webhead. No, this time around, the new young, Miles Morales is getting a chance to take on the world, and become the hero we know he can be.

He’s joined by Peter Parker, my current favorite, Spider-Gwen, Spider-Man Noir, Peni Parker, and Spider-Ham. And together, they are going to have to take on some of Spidey’s classic enemies if they ever want to get back to their own versions of New York City.

DK Canada has released an official guide for younger readers that takes them through the cool world that is being brought to the screen. We get to know Miles, his family, how he gets his powers, and how he attempts to deal with them.

We also get to meet the other versions of your friendly neighborhood wall crawler, and get a broad suggestion of what the film will be about.

Very much aimed at younger readers, Last’s book is bright, colorful, and will generate excitement for the film, or allow the reader to revisit it, as they leaf through the pages,

Miles has quickly become a favorite for Spidey fans, and it’s nice to see how the torch may not necessarily be passed, but at least shared.

It’s a quick, speedy read, but this is a book that I can see on a number of kid’s desks, or on their bookshelves, and being taken down, alongside pencils, and paper, and inspiring youngsters everywhere to draw and create Spider-Man (or Woman) adventures of their own.

If you have a young reader on your Xmas list, and they like their superheroes, this is one for them. It’s a light, fun reference book filled with lots of colorful pictures, and a light tone that encourages reading, play, and the imagination.

Spidey, in any form, serves as the gateway superhero for a lot of children. Peter Parker is a relatable character, especially when he is portrayed as a young man, the reader can see themselves in his situations because not only is he dealing with baddies, but also with homework, girl problems, and oh so many relatable teen issues,  Now, it seems there is a version for almost everyone, and that is truly something to be celebrated, and, honestly, I think each of them is a cool incarnation, and brings something new to the character.

So happy holidays, and swing into your local bookstore to grab one of these for a loved one today.

Spider-Man: Into the Spider-Verse – The Official Guide is available now. 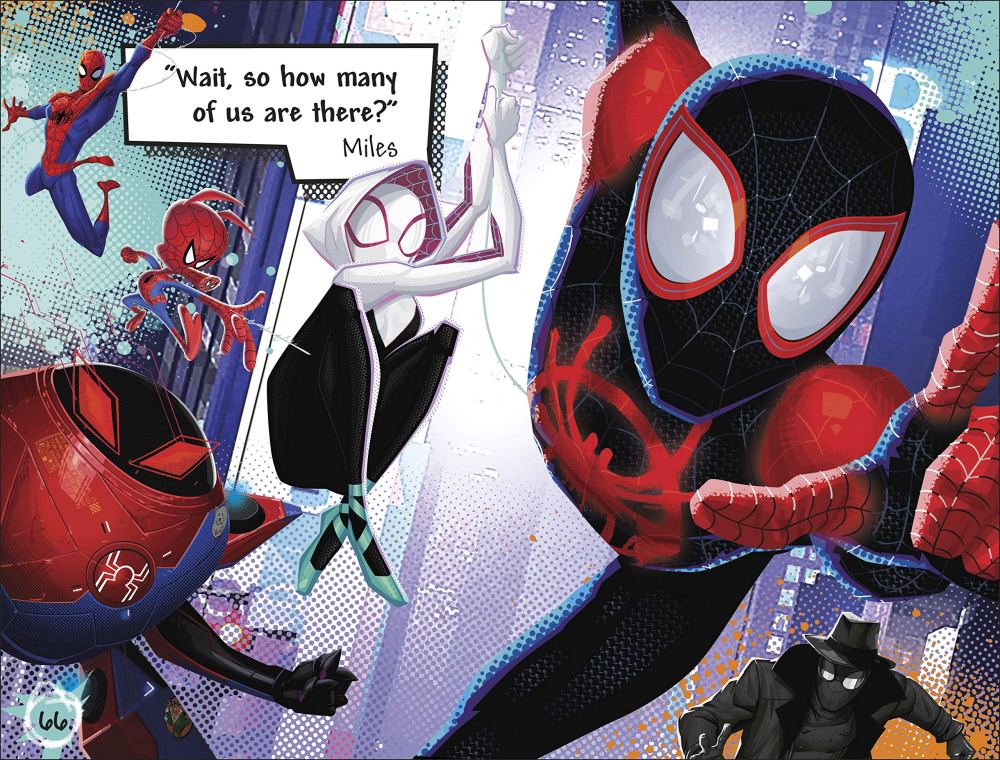