Written and directed by David Jackson, the episode first debuted on 3 October, 1986. Stone comes to Crockett in Miami when he finally has proof of their old nemesis, Maynard (G. Gordon Liddy),is conducting illegal and covert CIA operations in Nicaragua.

Crockett is dubious at first, but once again, the more he discovers about what is going on, he realizes that Stone may actually be on to something (again).

Stone gets grabbed, and Crockett is left with a tape of incriminating evidence that he tries to make sure gets into the right hands, even as he and the rest try to prove that events are exactly as Stone described.

Will Crockett and Tubbs be able to save Stone from Maynard once and for all? Or will this story by his last? I have a guess… knowing the series as we do, I’m willing to bet it ends darkly, and that those who should be brought to justice may get away…

The episode introduces Sonny’s new car the white Ferrari Testarossa, though the Spyder will be back off and on over the next few episodes as they were broadcast out of order. 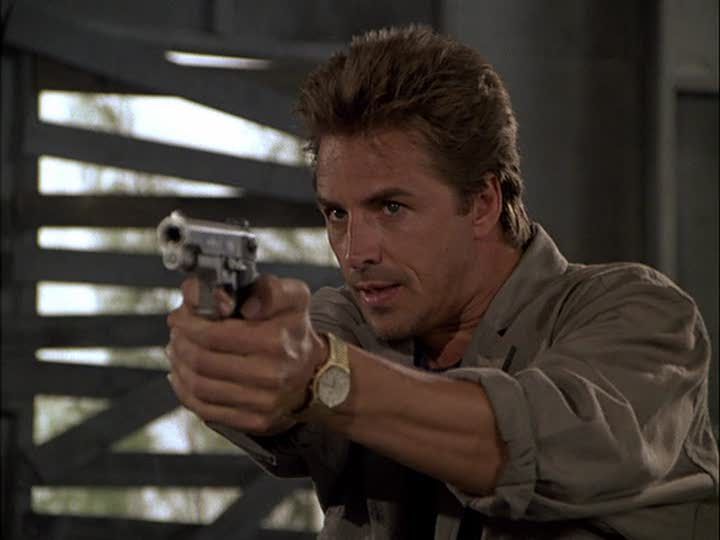 Killshot was written by Marvin Kupfer who penned the teleplay from a story by Kupfer, Leon Ichaso and Manuel Arce,

The episode follows a jai-alai player, Tico (Fernando Allende) who is framed for murder of a prostitute by a drug dealer, Morales (Roger Pretto) and a madam, Isabel Batista (Maria Duval), in order to force his customs agent brother, Frank Arriola (Carlos Cestero) for codes and to sell out Crockett and Tubbs.

After three seasons this is the first time we see the sport of jai-alai onscreen, and it looks amazing, and sets up the ending of the episode perfectly, because you know it’s not going to end well. That final scene is intense, as is the lead-up.

There have been dark moments before in the series, but from her on out, the show doesn’t back away from increasingly dark endings. And the juxtaposition of the glitz, and sun and glamour of Miami just make it all the more poignant.

There is a lot of music in this episode including The Who’s Eminence Front, Real Wild Child by Iggy Pop, Respelata and Falsa by Billie, Willie and Bachiche, You’re Gonna Change by The Blue Messiahs, Yello’s Desire, Do You Want to Get Away? by Shannon and Peter Gabriel’s Mercy Street.

The series continues next week as Crockett, Tubbs and the rest continue their investigations into Miami Vice… 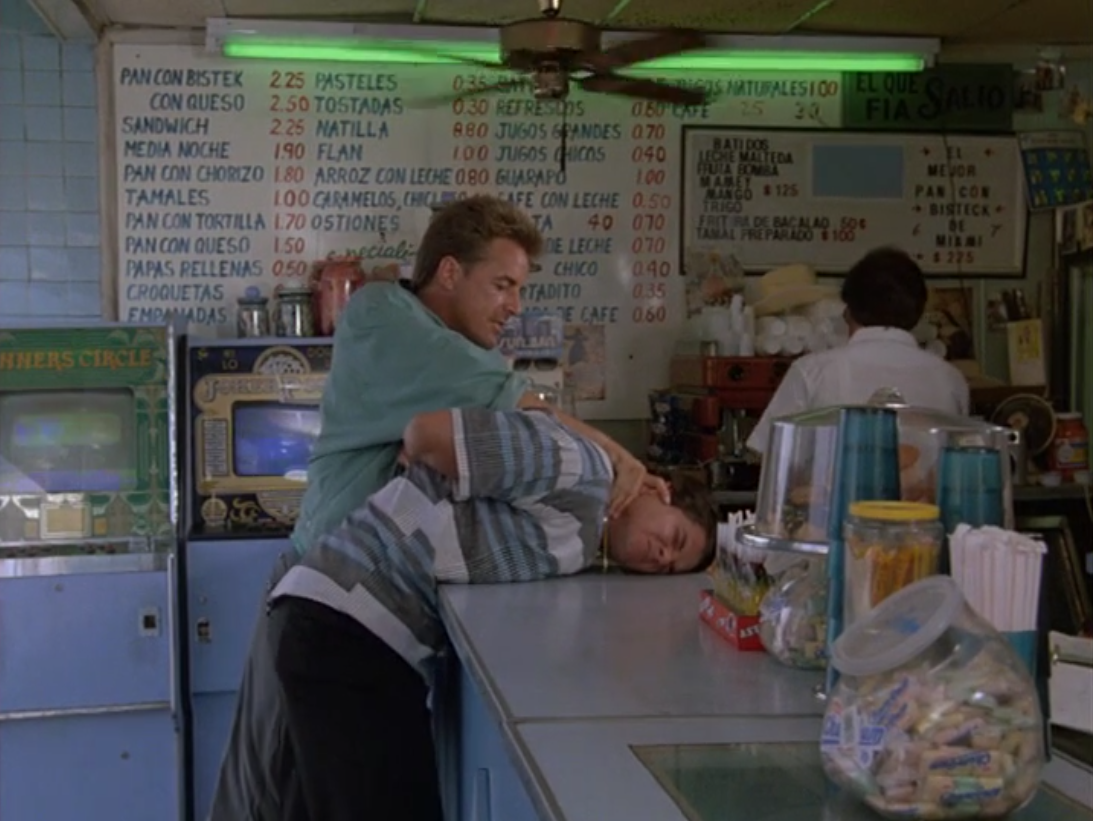