I remember the summer that Alien opened, 1979, two years after Star Wars rocked the world. The Force stayed with me all through my childhood, and through to this very day. But Star Wars, Battlestar Galactica, Star Trek, and a little magazine called Starlog, got me very interested in genre film and television.

I wasn’t able to see Alien until almost a decade later, just before I saw the 1986 sequel, Aliens. But that didn’t ruin my interest in the film, though I’m not sure I could have taken the scares of it at such a young age. I remember seeing the Alien action figure from Kenner, and wanting one, and also, less than wisely, I stole a quarter from my parents’ bureau and purchased a package of Alien trading cards from Topps. (I didn’t get to keep them initially, my father was furious with me. But they found their way into my collection before the end of the summer).

When I did see Ridley Scott’s classic, and iconic science fiction film I was floored by it, and loved every moment of it. Alien has found its way onto my list of favourite films. So I quite delightedly dug into Nathan’s look at the making of the film. 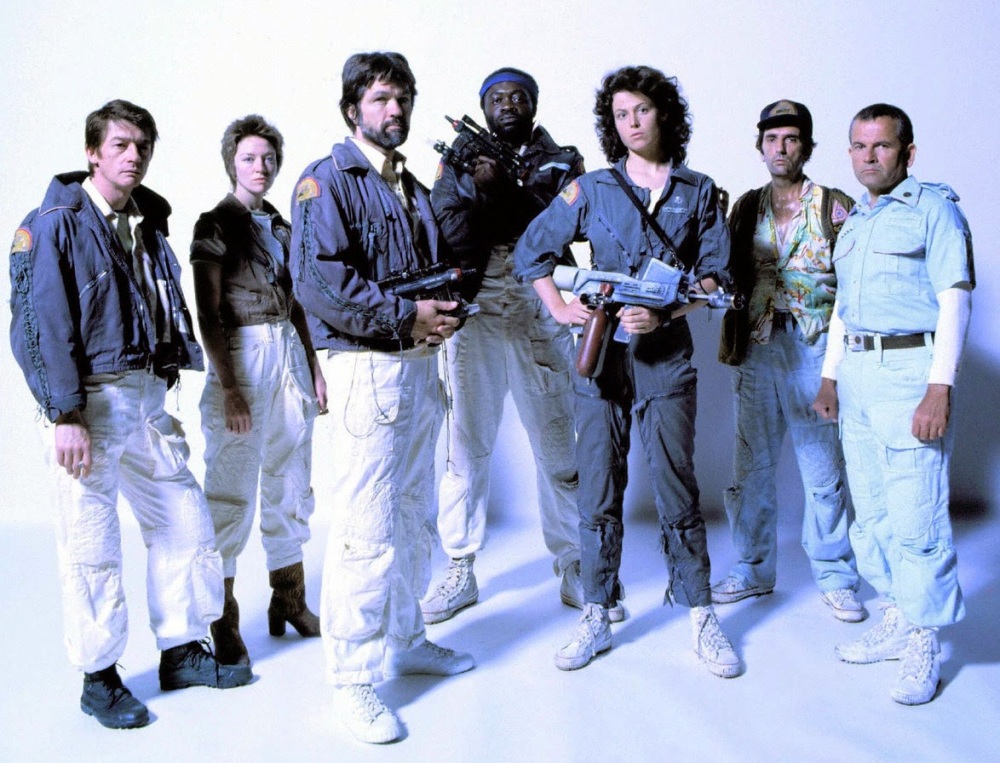 Only coming in at about one hundred and eighty pages I feel the book is way too short, though it covers a good percentage of the pre-production and making of the film. The book examines Scott’s film, Giger’s creation of the Alien, the cast, Sigourney Weaver’s impact as the film’s lead, Ripley, and the story and the film’s development from its origins through to its director’s cut.

Filled with photos, Scott’s storyboards (called Ridleygrams), and production art the book is an informative and entertaining read, hinting at some of the tensions on the set, Scott’s drive for perfection, and the layers that add to the reality of the film as it comes to life.

While not the most comprehensive telling of the making of the film, Alien Vault is a welcome addition to the Book Shelf, and its enclosures; reproductions of art, storyboards, decals, add to its fun.

As the book drew to a close, it talked about the sequels (the book came along before Prometheus) as well as the franchise’ expansion into novels, comics and games. The film has endured, still scaring, and entertaining; it hasn’t aged at all, and still looks incredibly stunning.

And that’s the best part of the book, it made me want to watch the movie anew, and see if I notice anything I hadn’t before.