Walking away with Oscars for Best Foreign Film, Best Original Score, and Best Actor in a Leading Role for Benigni, Life is Beautiful is the next recommendation from the Great Movies – 100 Years of Film book following my screening of Schindler’s List.

In this partly whimsical tale that touches on true humour while facing the darkest of times, Benigni is Guido, an Italian Jew who romances and wins the heart of a beautiful woman, Dora (Nicoletta Braschi) and raise a family together when young Joshua (Giorgio Cantarini) is born.

A loving family, united in everything, they are taken prisoner by the Nazis, and sent to a workers’ camp. To stave off Joshua’s fears and worries, Guido convinces the young boy that this is all a game, and if they win, they will get a real tank.

Distracting his son only highlights all the horrors the Nazis inflict, and it makes for a poignant, and powerful viewing experience watching the lengths to which a parent will go to protect their family from evil and villainy.

Benigni is brilliant, easily walking a line between humour and pathos, as the camp begins to take its toll. And yet, he makes it bearable for his son, and works to find moments to remind his wife, separated from the men, how much he loves her.

Surprisingly funny, incredibly heartbreaking, Benigni helped write the script, in addition to starring and directing the film. If Charlie Chaplin had been making films in the 90s instead of the 20s to the 40s, Life is Beautiful would be what he would have made.

The humour, the heart, and the sheer warmth of family drive out the terrible things that these vile Nazis who call themselves human did to people. There are so many brilliant bits, both happy and tragic – the sequence involving  Dottor Lessing (Horst Buchholz)  is absolutely stunning in the way Lessing sees, or doesn’t see everything, focusing on his own trivial matters.

The ending is fairly predictable, it has to play out the way it does to have the impact the story does, but it doesn’t make it any less poignant, and dare I say beautiful.

A solid and truly enjoyable film, one that every cinephile should see, or re-watch. And this one needs to be shared with those you love, because not only will it entertain, but it will also create conversations about subject matter that need to be discussed before the chance of them occurring again arises.

An exceptional piece of cinema in the vein of Chaplin that lets Benigni shine. 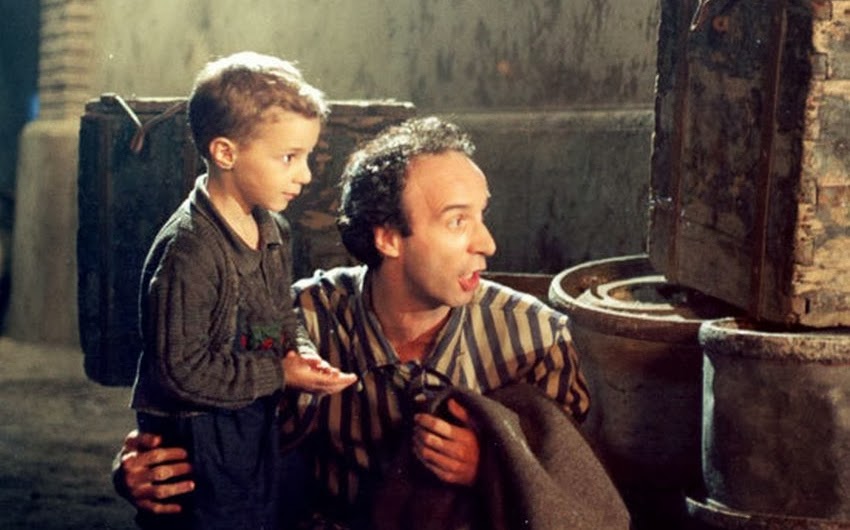