Somehow in my exposure to the Universal Monsters, and classic films I had missed this Boris Karloff classic that allowed the Mummy (Karloff) to join the ranks of such classic monsters as Dracula, Frankenstein, The Wolf Man, The Invisible Man and the Creature from the Black Lagoon.

Now, thanks to DK Canada’s The Movie Book, I finally correct that oversight. The Mummy is on the list of What Else to Watch following a screening of The Bride of Frankenstein, which I had previously reviewed, so I was happy to dig into this one and see how the story plays out.

I won’t lie, I rather enjoy the Brendan Fraser/Stephen Sommers 1999 update, and wanted to know how some of the story compared to this, the original. The film, while not as action-packed as that remake has some familiar story beats, and even share similarities in some of its dialogue.

Karloff is the Mummy, Imhotep, who is roused back to life by an incantation cited by one of the archaeologists working on a dig. Once revived, the resurrected being seems unstoppable in its search for its loved one, Helen Grosvenor (ZIta Johann) who he believes is the reincarnation of his love, Ankh-es-en-amon. As a side note, I love that she saves herself, and doesn’t need someone else to do it for her.

The film leaps forward ten years after Imhotep is revitalised, and the mummy returns, now looking more human, calling himself Ardath Bey, and gives directions for the excavation of a new tomb, but his love has already been reincarnated. 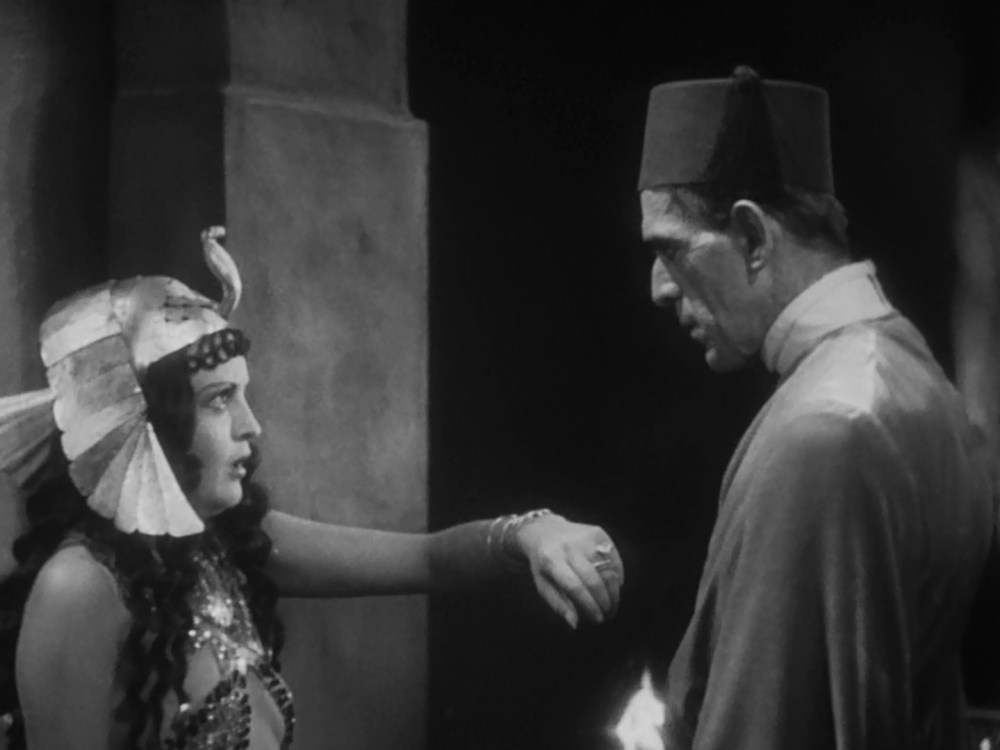 The Mummy, while conveyed as a monster in almost every iteration, is also a sympathetic character, he is seeking the return of his love, to be reunited with her. Had he been a hero, this would have been a noble romantic adventure. Of course, there’s a dark streak to it as Imhotep plans to eliminate any challenge to his romantic overtures towards Helen.

Not playing as the adventure horror one expects it almost works as a romantic thriller, and Karloff turns in an exceptional performance. In fact the love story side of the film seems to have much in common with Stoker’s Dracula, as well as the 1931 film version.

A number of these monsters are almost tragic characters and are reflections of the things our darker selves would do in pursuit of those we love and need. While the film no doubt entertained countless youngsters at a Saturday matinee, there is substance beneath it, and endures for that very reason.

As much as I love the adventuresome feel of the 1999 remake, there is something earnest and fascinating about the original that has been missing from all those that came after it.

DK Books’ The Movie Book continues to entertain and educate. There are so many classic films to see, and this book serves as a wonderful guide, pick one up today and watch something amazing tonight!