It’s all new territory for GoT fans with the release of Season 6 to Blu-Ray and DVD this week via HBO. The series ventures into new territory, as they leave the last of the published books behind and now, fans of the novels and the show have to wait to see how things in Westeros will play out together.

As usual, HBO pulls out all the stops, and this four disc set is a nice addition to the shelf. The picture and sound are stronger and sharper than every before, and the stunning lands the characters find themselves in vibrate with a life all their own on the screen.

All 10 episodes of the season are here, packed with commentaries, the always informative in-episode guide (in case you forget where you are, who these characters are and how they relate to one another), as well there is Histories & Lore which take you deeper into the religions, politics, and beliefs of the characters in the series. There are also some great behind the scenes featurettes, the one on Battle of the Bastards is great (it’s also a brutal and bloody episode).

Cinematic in nature, visually stunning, the show continues it’s special brand of sex (much less this year) and violence (the usual amount, culminating, as it typically does in the 9th episode). There are revelations filled with heartache – the reveal why Hodor’s (Kristian Nairn) name is what it is, and why that is the only thing he says is guaranteed to elicit tears from anyone who has been with the series from the beginning.

There are long overdue reunions,  journeys home for a number of characters, justice, revenge, there is the return of Jon Snow (Kit Harington) – no real surprise there, but characters not seen for a season or two are back, like Bran (Isaac Hemptsead Wright), Yara Greyjoy (Gemma Whelan) as well as fan favourites, Tyrion (Peter Dinklage), Arya Stark (Maisie Williams) and Daenerys (Emilia Clarke). At this point, if they kill off any of those three, or Jon Snow,fans will be shocked (though we never did recover from the Red Wedding did we?).

I’m worried about the smaller secondary characters, my favourite of which is Ser Davos (Liam Cunningham). His death is inevitable on this series, but I don’t want it to happen.

The show continues to be nothing short of viscerally engaging, and its definitely made for high-definition viewing. The Blu- Rays are simply beautiful, highlighting the beautiful locations, costumes, weaponry, sets, and performances.

I know that GoT is one HBO’s biggest draws, but I can no longer wait week to week for episodes, I prefer to sit down and mainline them over a weekend, the experience is much more comprehensive for me that way, and so much more enjoyable. It also constantly serves to remind me, that I want to go back to the beginning at some point and start all over again.

Season 6 of HBO’s Game of Thrones is released today on Blu-Ray and DVD. If you haven’t started yet, you’ve got plenty of time to catch up before season 7 starts in June of next year! 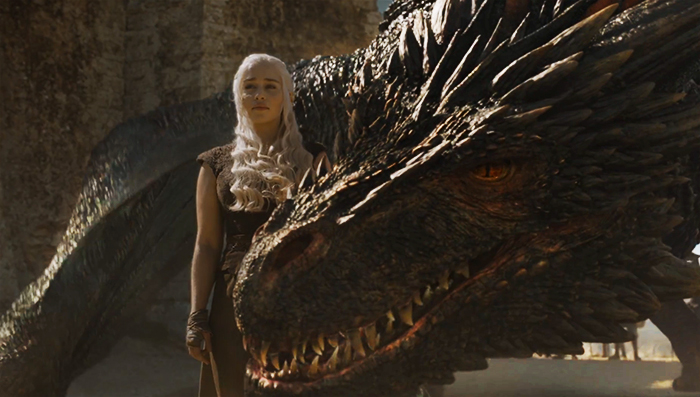