Opening today in Toronto at the Carlton Cinema, and also being released on VOD, is this could-have-been-great found footage (don’t we have enough of these yet?) from the Paz brothers.

This time, the film’s camera is supposedly in the form of a pair of Smart Glasses. This ends up being a nice touch, because it allows for information to be dropped in via web browsers, instant messaging, and a couple of nicely used moments of facial recognition.

The film also boasts some gorgeous locations in, around and beneath Jerusalem, having told those that asked that they were filming a documentary. I think if the truth were known, these folks would have been asked to leave, but it does give the film fantastic production value filled with gorgeous and striking backdrops.

The film follows two young Americans, Rachel (Yael Grobglas) and Sarah (Danielle Jadelyn), who is wearing the glasses, as they travel to Jerusalem on vacation. En route, they meet an anthropologist, Kevin (Yon Tumarkin who is acting in a second language, and sorry pal, but it shows) who couldn’t know less about anthropology or the cultures he’s visiting, who invites them to travel with them as the eve of Yom Kippur, the Day of Atonement.

All of this ties in loosely with a secret Vatican tape of a strange resurrection and transformation that happened (and according to the film, continues to happen) on a previous Yom Kippur… the dead return, after a fashion.

The film spends the first hour of its 90 minute run time establishing the girls having fun, flirting, and wandering the city, then when things go sideways, not one of the characters seems to be even freaked out or particularly scared of the creatures they encounter (some of whom suffer from horrible CGI work).

It’s at this point that plot holes begin proliferating like rabbits, and even if you’re willing to buy into the concept, some of it truly strains credulity.

And then there’s the disappointing and anti-climatic ending, part of which is telegraphed at the beginning of the film.

Perhaps its the subgenre of found footage horror, a dead horse in and of itself, but this one was a let down. I loved the locations, I loved how the film was made, and I’ll even let the found footage format have a pass, but you have to give me good characters and a well thought out story.

Unfortunately, there’s just not enough of either to engage me as a viewer. It was a really cool idea, and I wish (especially as they were in Jerusalem) that they had steeped the film in a little more in the way of religious iconography, and tying the three religions that call that holy city home together for common purpose.

There is going to be a found footage film that shakes up the genre and shows how terrifying and thought-provoking the subgenre can be. This is not that film.

JeruZalem opens today at Carlton Cinemas here in Toronto, or you can grab it on VOD, and then you can tell me what you thought of it! 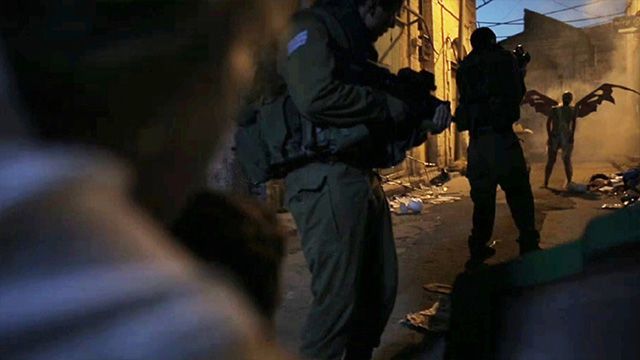