Sometimes you just want to watch something different… and Ralph Bakshi’s films have always been that, and this one is no exception.

Set in a far distant future when humanity has blown itself from the face of the Earth, and any survivors have become radiated mutants, constantly devolving into new nightmares, the fairies and magical beings start to reclaim the world, and find themselves in a war against the mutants who are using technology and science.

Thrust into this millenniums long war are two brothers, Avatar (Bob Holt doing his best Peter Falk) and Blackwolf (Steve Gravers). Though both born of magic, Blackwolf, in case his name didn`t give it away, falls to the dark side, decaying over the years as he embraces technology and the mutants, molding them with surviving films of Nazi propaganda.

Avatar gets pulled into a final battle by a young fairy, Elinore (Jesse Wells) and a fighting elf named Weehawk (Richard Romanus). Along the way, they encounter, and reprogram one of Blackwolf`s robots, renaming the assassin droid Peace.

Despite using a Saturday morning cartoon animation style, this one isn`t really for the kiddies, there is lots of violence, sexuality is hinted at (sometimes brazenly) and of course there are lots of Nazi overtones. There is also a combination of animation styles, as war footage is animated, live action is captured and then painted over, and of course, the central cartoon style of animation and character design. 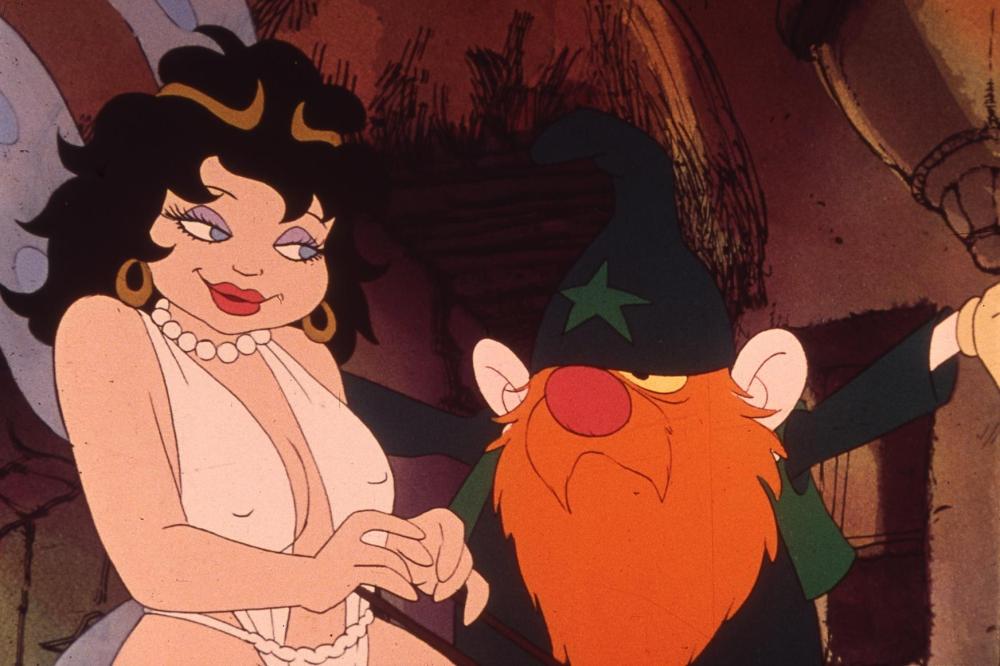 I think for Bakshi films there is a lot of middle ground, you can love them, you can hate them, or you can be in the middle ground and just find some of them rather interesting.

That`s where I came down on this one. I hadn`t seen this one in literally decades, and thought I would revisit it. I didn`t hate it, but I wasn`t enraptured by it. I did love the idea of the magical beings that once inhabited the earth coming back into existence after humanity had pretty much ended itself. I also love the idea that some of our technology and films would survive, and influence it, for good or bad, anyone, or thing that followed it.

Avatar is the best character in the film, a squat little fellow who seems to be pretty zen, but not above making a pointed remark, and letting others do a lot of the fighting. Until it comes to confronting his brother, of course.

Their confrontation is over too quick, especially when you think that their hatred and warring with one another has lasted for thousands of years, but overall, it was an interesting experience viewing this one.

Do you have a favorite Bakshi film? What one would you recommend to watch? 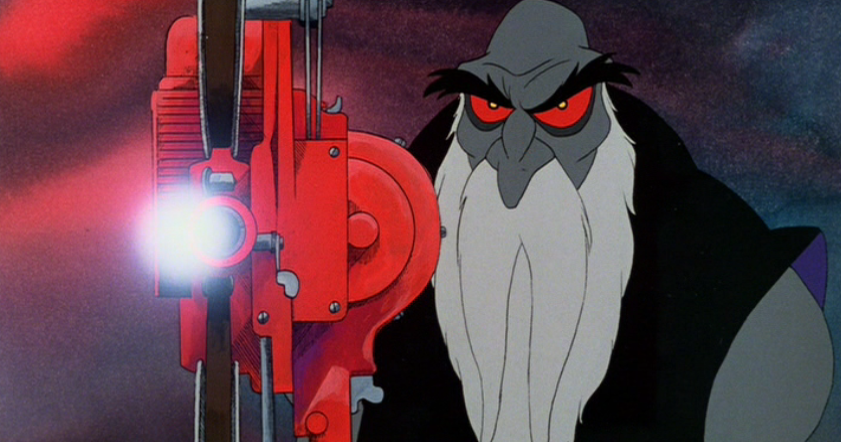