Borrowing (very, Very, VERY) heavily both visually and story-wise from Alien (without the 70s cinema verite nods to overlapping dialogue) as well as having nods to The Abyss, Leviathan, DeepStar Six and even Lovecraft, Twentieth Century Fox invites you into the depths with its new release, Underwater.

Kristen Stewart starts as Norah, a mechanical engineer on a drilling platform in the Marianas Trench, some seven miles below the surface on the bottom of the ocean. After an information dump in the opening credits, the film pauses for a quick moment, before kicking the narrative into overdrive.

From there we are taken through some familiar scenes, set underwater this time as opposed to space, and are joined by some cardboard cutouts portrayed by Vincent Cassel, John Gallagher Jr., TJ Miller and Jessica Henwick.

Within moments of the film opening a catastrophic event occurs that puts the characters on the run for the rest of the film in an attempt to survive, but it’s not just imploding dive suits, there’s something out there. Something alive. Something intelligent. Something hungry.

Running out of air, the dwindling group needs to find a way back to the surface, and it’s not going to be easy.

There are some cool moments in the film, which at times hints at the sheer dread and darkness of the ocean seven miles down, but just as often, the film plays like an underwater Kristen Stewart version of Alien, for those who haven’t seen Alien.

We aren’t given a lot of time to get to know the characters, and the film doesn’t let up to let us get to know them, instead we just ricochet from one set piece to the next and offer up one cast member after another to the monster as payment.

There is a lot of fun to be had in a creature feature, and this is definitely one of those. The production values are solid, and most of the standing sets have a lived in blue-collar look which is in keeping with the idea of the drilling platform (and Alien homage). The creature design and effects are cool, though I also started wondering about the biology of these creatures, and their need for binocular vision in pitch black- still, they are pretty sweet to see in action, though in true monster movie fashion, you never quite see all of it at any one time (less is more).

If you haven’t seen Alien, or The Abyss (and to a lesser degree Leviathan and DeepStar Six) then there may be some nice surprises for you. It’s a slick looking production that lets Stewart try out her Ripley, and it opens in theatres today. 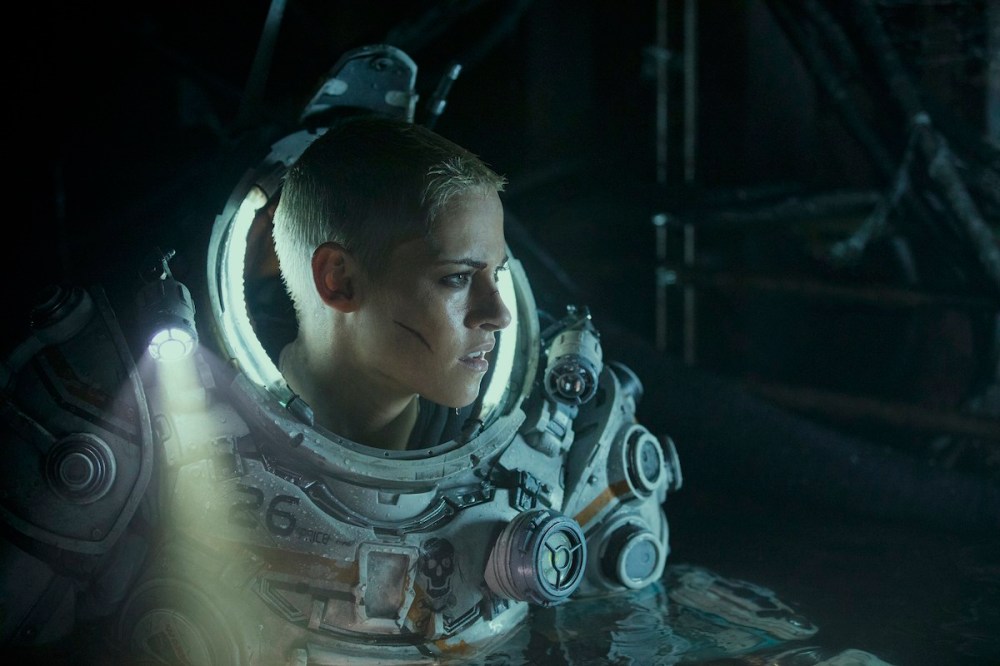