Elton John’s music has been a part of my life for as long as I can remember, even growing up in a predominantly country music household a number of his songs somehow found their way into my subconscious, part of it thanks to Elton’s appearance in the late 70s on The Muppet Show, and my personal discover of pop music in 1983.

When I was living out on my own for the first time away away in Halifax, Elton released his To Be Continued box set, and it seemed like a great place to start collecting. Now with a record player, I’m hunting down all of his albums, and grabbing them as I come across them.

I always knew I would find his story interesting, and was delighted to hear that he had an autobiography coming out. For those who may have only heard his music, or watched the exemplary biopic Rocketman, or the documentary Tantrums and Tiaras, you’ve only been given a glimpse of Sir Elton.

Now, with this book, he gives you his story in his own words. With a disarming lack of celebrity, and more than a measure of self-awareness, Elton takes us through his life, not always in chronological order, but always with an interesting tale to tell.

He talks of his lifelong friendship, and association with songwriter Bernie Taupin, his desire to find love, becoming away of his own homosexuality, and the way his temper, addictive personality, and the world of rock and roll would deliver amazing and heartbreaking things, sometimes in the same moment.

Elton John has long been an icon, and it’s interesting to hear his version of things and moments we’ve only seen from the other side of the stage. He talks of his losses, Freddie, Diana, George and oh so many more. The things that have influenced him, and how he has come to be loved, and give love.

And all of it is told with a sly wit, and a lack of pretension. There’s an honesty running throughout the book as if Elton has decided to tell the complete unvarnished truth, whether it’s sex, drugs, food and drink, compulsive shopping, or a desire to have children with his partner.

It’s a fantastic read, gives interesting insights into his albums, and often made me laugh out loud, or brush a tear or two aside. Elton doesn’t flinch in his storytelling, or the things about himself that he reveals. He lays himself out bare, wonderfully human and made so by his imperfections and flaws. He shows celebrity is not what everyone hopes it is, but that music can be life changing.

I fear now, that I will never get to see Elton John in concert, but enjoying his music will continue for me, augmented with his personal story as documented in the pages of this book, and each new track I discover as it is added to my record collection will gain new meaning, as will all the songs I already now.

Me by Elton John is the perfect gift for the music lover on your list. 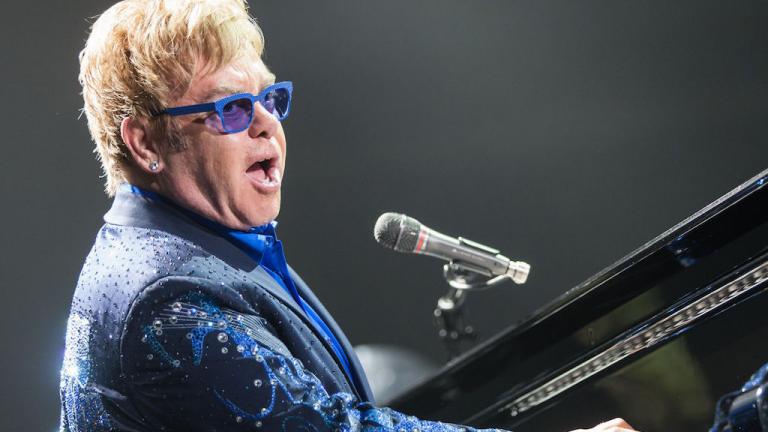