The What Else to Watch list in DK Canada’s The Movie Book is proving fruitful with some fantastic documentaries, as they recommend a number of titles following my screening of Man On Wire.

In the 70s, a newborn chimpanzee, named Nim, is recruited for a scientific experiment to explore nature versus nurture, to see if a primate (not including humans) can convey language and sentences through sign language.

The experiment is flawed and faulty from the beginning, from the director of the experiment, Herb Terrace, to Stephanie and her family that first raised him, though his teachers, Laura and others, to the point when Nim is sent away to a chimpanzee reserve. He does have a friend in Bob though (admittedly he makes mistakes as well).

None of them seem really focused on the science, in fact the hippie influence seemed to still have most of them in thrall. That in itself makes the film interesting because it shows a different time, and how we’ve progressed, kind of, since then. 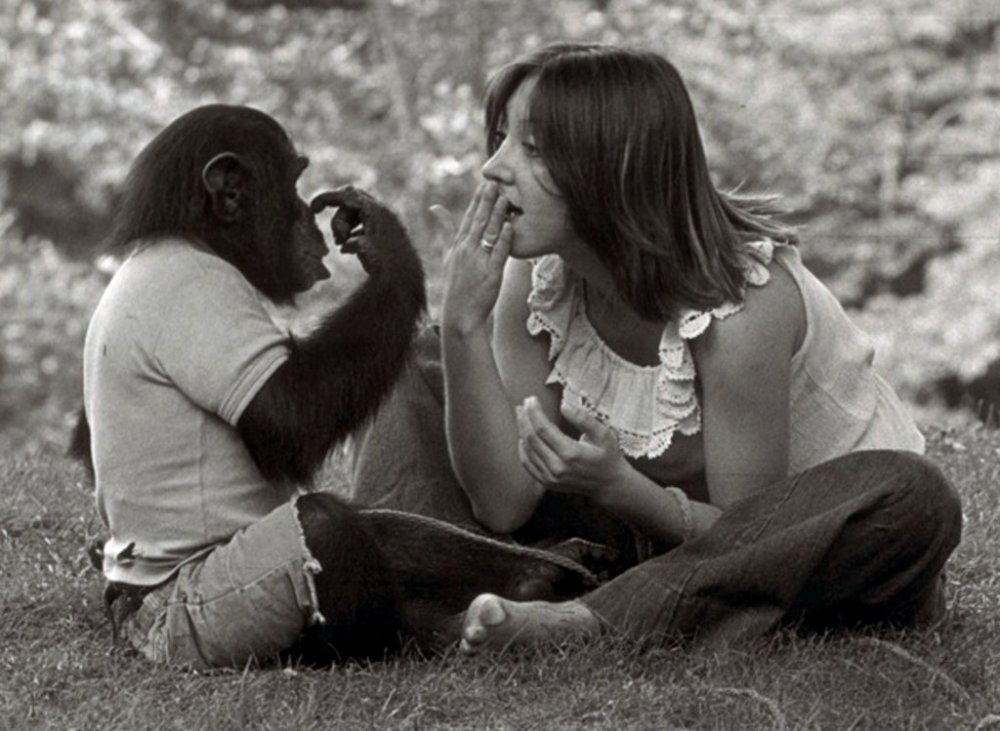 Nim is smart, and grows into a powerful, admittedly dangerous animal. Yes, he can communicate with humanity, but his animal nature is hard-wired into him. He is what he is, and that’s genetic – no matter what he leanred. And he learned a lot.

But no one wants the horror and terror of where he and the rest of the chimps from the reserve end up. And of course, that shows how inhumane, science, and research can be as well. Happily, Nim was able to escape an exceedingly cruel fate, but still has a depressing end, because of his education, and separation from all that he knew… and still ending up in a cage – though surrounded by friends and love.

If we treat something and raise them like a human, and they learn and grow, do we not owe them more than what Nim was sentenced to? These are thoughts that ran through my mind, and it’s shocking that a lawyer, and a newspaper story to remind people of our humanity.

Yes, Nim was educated, but wasn’t neccessarily anthropomorphized by those working on his case. He was an animal, but we had hoped to make him more. And happily, some of those involved in Nim’s life realize now that what they had done was not good by this chimp.

A thought-provoking, emotional doc, this one is a heart-wrenching watch, as we see how like us these animals are, but that they are animals as well, and we owe them, especially if we invest in them. But one can never forget where they came from, and who they are.

Project Nim is a powerful film, and yet another example of a fantastic piece of cinema as presented by DK Books’ The Movie Book. Don’t believe me? Pick up a copy for yourself and find something new to you to watch tonight! 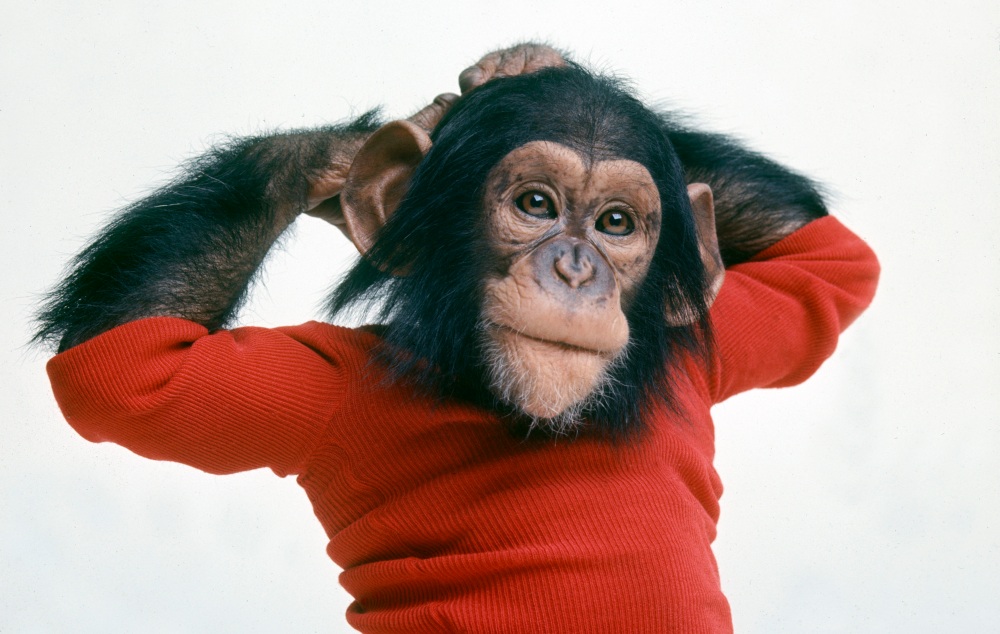