The venture into the paranormal continues as I delve into the chapter on ghosts in DK Canada’s very entertaining Monsters in the Movies book. This time, it’s John Carpenter’s take on what plays out as a classic ghost story.

The story itself is basic, and in the hands of Carpenter we get a creepy little story about a town with a secret and the forces that come back to exact revenge for the wrongdoing.

The film boasts a solid cast including Adrienne Barbeau as radio host Stevie Wayne, Jamie Lee Curtis as Elizabeth, a young woman hitchhiking her way to Vancouver and stops in town on the wrong night, Tom Atkins as the driver who picks her up, Vivien Leigh (Curtis’ real life mother) as one of the town residents, Hal Holbrook as Father Malone, the man who discovers the secret, and John Houseman as Mr. Machen who sets up the spooky tale in the opening minutes of the film.

100 years ago in 1880 (remember this came out in 1980) something horrible happened between midnight and 1 a.m., and now, one hundred years later, they have returned to exact their revenge on the small seaside town of Antonio Bay.

The film features a stunning location of a lighthouse which serves as the radio station’s home base, and where Barbeau spends almost the entire film, rarely interacting onscreen with any of the other characters. 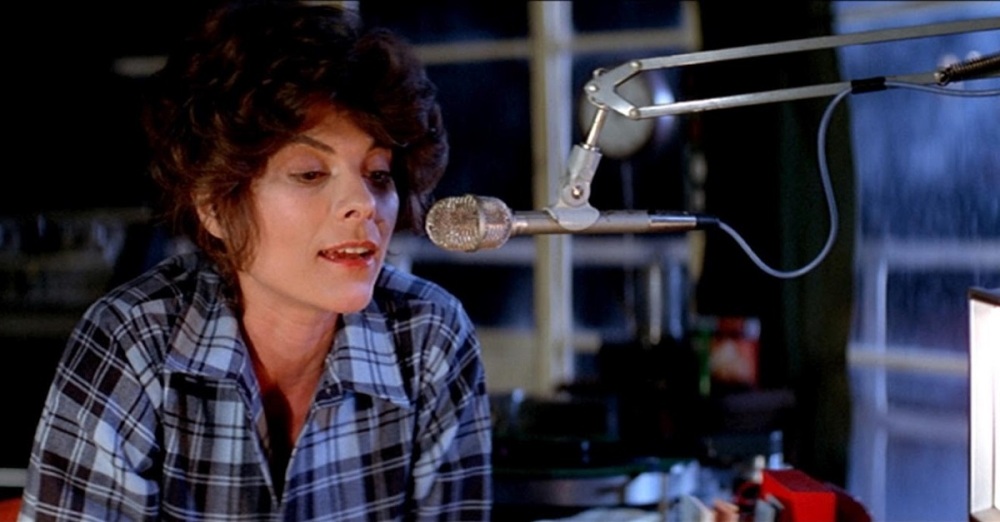 We hear a tale about a tall ship, the Elizabeth Dane, that run aground due to trickery of those on land, with the loss of all hands. As the film progresses we learn what really happened, and that the ghosts are seeking justice, their stolen property, vengeance, and maybe, afterwards, peace.

The spirits move in a massive fog, and watching it roll in across the screen, you know things don’t bode well with the town as hooks, knives, and brutal violence ensue when the spirits wreak their vengeance.

The Fog is an old-fashioned ghost story, and it works as well today as it did when it debuted. in fact, I have a history with this movie.

Despite the fact that it was released in 1980, I didn’t come to it until almost a decade later when I was finally getting into not only horror films, but the work of John Carpenter (the first films of his I ever saw was Starman in ’84, The Thing (edited for television in 1986), followed by Big Trouble in Little China (on the big screen) and Prince of Darkness on VHS in 1987, followed by Christine, as I’d just read the book).

I remember as  child seeing the poster for The Fog, the one used on this post, and it seriously creeped me out. On top of that, apparently there was a kid in my neighborhood who had seen it (or had an older sibling who did) and shared some of the more violent and scary events that the film portrayed.

And from there, of course, a child’s imagination took over, and there was NO WAY i was going to see that film!

Now, of course, I enjoy it, much like I do all of Carpenter’s work to varying degrees and it’s a fantastic ghost story. I was happy to sit down and re-watch this one, and DK Books’ Monsters in the Movies continues to provide fun, creepy and macabre films!

Pick one up and find something spooky to watch tonight.