Ghostbusters II from 1989, is the next ghost title in DK Canada’s Monsters in the Movies book, and it has been a long time since I actually sat and watched this one. It’s undeniable that the first film is the better one, but there are some cool things at work in the follow-up a couple of them could have been played for more scares as opposed to comedy.

There’s a haunted painting, possession, both of which could have been more creepy, but it was still a delight to see the boys back in action.

Set five years after the events of the first film, the ghostbusters are no more, having been sued by countless government agencies and the city of New York for a number of violations but after a trial, strange incidents with Dana Barrett’s (Sigourney Weaver) baby, Oscar, a creepy painting of Vigo the Carpathian (Wilhelm von Homburg), and a river of slime under the city, there’s no choice but for Venkman (Bill Murray), Stantz (Dan Akroyd), Spengler (Harold Ramis), and Zeddemore (Ernie Hudson) are back in the game.

There is some static between Dana and Venkman, as they rekindle their relationship, even as Vigo takes possession of the odd curator of the museum Dana is helping out at, Dr. Janosz Poha (Peter MacNicol).

There are a lot of fun moments in the film, and I think it’s actually aged pretty well, I enjoyed more than I ever have before. I still have issues with the final act, and the way it plays out, but the rest of it is just a lot of fun, and the chemistry these actors have together is a joy to watch.

Not all of the effects work now, and it’s odd that those in the first film seem stronger than the ones in this film, but the suspension of disbelief works. What doesn’t is some of the music, Randy Edelman pens the score which doesn’t have the sweep of Elmer Bernstein’s original themes, and there are some odd musical choices that very much date the film as late 80s.

It’s a fun film, some great moments, but loses the balance of horror-comedy that the first one strove to convey. Instead the jokes seemed to take precedence, and while most of them land, it’s sad to see some truly solid horror moments pass the film by.

That being said, watching the two films back to back are a real joy, and instead of a movie, I can’t help but wonder what it would be like to have a weekly television series that balanced the laughs and the scares and built up a whole mythology…

Who ya gonna call?

Check this one out, or pick up a copy of DK Books’ Monsters in the Movies and find something spooky and fun to watch tonight! 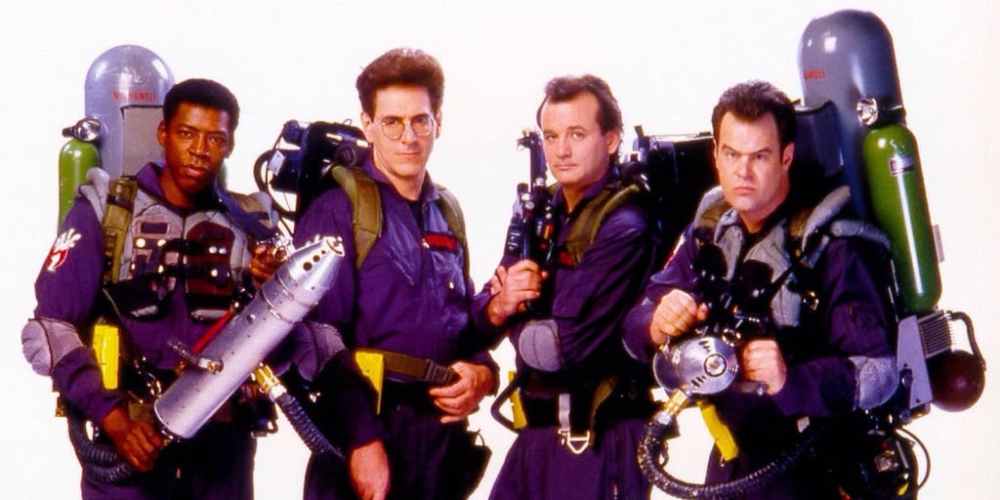