Well, you know with a name like The Incredibly Strange Creatures Who Stopped Living and Became Mixed-Up Zombies!!? that this one is gonna be a little out there. It’s also the next zombie recommendation from DK Canada’s Monsters in the Movies book.

Set in a carnival where Lynch would feel at home, the story follows Jerry (director Steckler under the name of Cash Flagg), who with his girlfriend Angela (Sharon Walsh). She’s keen on seeing the fortune teller, Madam Estrella (Brett O’Hara) – who seems to have a bit of a homicidal streak.

She predicts death, and the couple and their tagalong friend are troubled, and think about bailing, but Jerry is seduced back stage by a stripper Carmelita (Erina Enyo), but Jerry finds himself in Estrella’s clutches, and after being hypnotized goes on a murder streak that he happily won’t remember.

But it leads to an attack on Angela!

It sound comes out that Estrella, and her henchman, Ortega (Jack Brady) have been dousing patrons with acid, disfiguring them and consequently turning them into zombies, through some occult means.

Interspersed through out the film are song and dance numbers from the carnival featuring the alcoholic dancer Marge (Carolyn Brandt) for whom Estrella has also predicted death, and just odd moments in general. 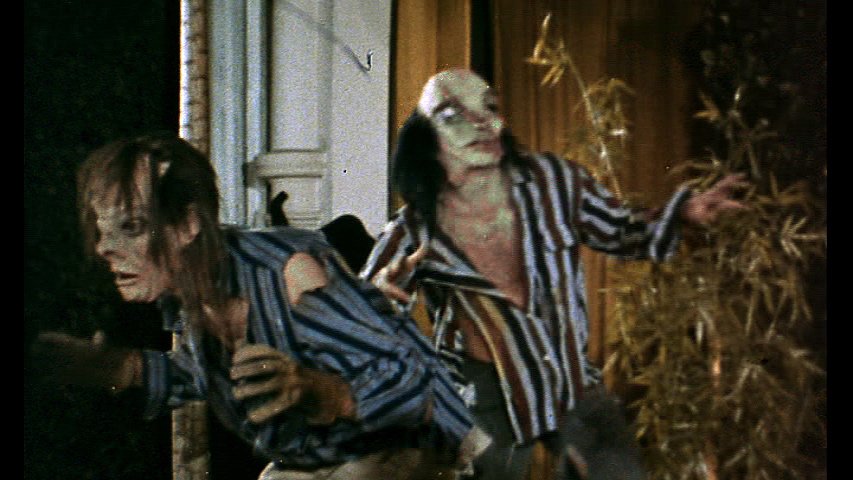 The film is shot shoddily, sounds terrible, and is so out there that it verges on the unintentionally hilarious. The dialogue is bad, and Steckler was in dire straits when he was making the film as it was, trying not only to finance the film, but just survive.

I imagine he was maybe hanging his hopes on this film, but it’s very much amateur hour. The characters are cardboard stereotypes, the story, ludicrous. And if all these terrible things were happening at this carnival, which looks to have been there for quite some time, how come the cops aren’t investigating them?

It’s an odd film, and the zombies, despite being mentioned in the titles don’t appear a lot, and with Jerry running around claiming victims, it’s almost more of a slasher film instead, until the final act when all the disfigured former patrons are released and wackiness ensues!

But perhaps justice, and sanity will prevail.

The masks and makeup effects that constitute the creatures are actually pretty cool, despite being obvious masks.

But the way the film is made is just such a hodge podge that logic doesn’t even enter into it, and it could have been something a little freaky, and completely Lynchian, but instead sort of stumbles around like its zombie namesakes.

But zombies movies can be fun, and there are so many more coming, including some familiar and bloody ones that have endured!

Pick up a copy of DK Books’ Monsters in the Movies and find something bloody to watch tonight! 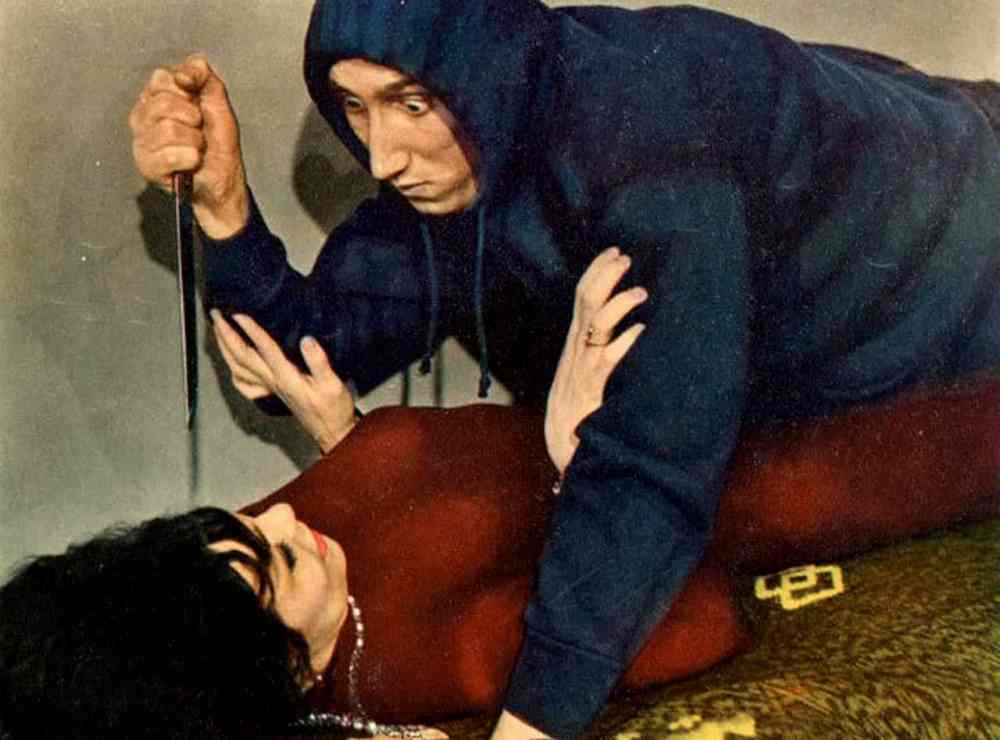