Debi (Rachel Blanchard) gets a little more of the limelight in this episode written by Janet MacLean. It first aired on 13 November, 1989.

The morthren seem to be increasing their ground assaults, or at least in this episode they seem to be more in to waging a shooting war, and they also seem to be winning, though the human resistance is also making a bit of an impact as well.

When the brilliant, young Ceeto (Keram Malicki-Sanchez) sees some of the horrible things his people are doing to humans, especially at the hands of Ardix (Julian Richings) he rebels against his own people.

He is able to escape and soon comes across and befriends Debi, who has run away from the Lair, and is having her own problems, most of them teen related joined with the horror of nightmares she is having about the aliens.

It’s great that after almost a season and a half Debi gets her own episode. In fact the entire story is centered around teen characters, whether trying to find their way, or being used by the aliens, and it gives Blanchard a real moment to shine.

It’s interesting to see their take on human-morthren relations…

But will it all come apart when an alien clone is sent out to claim a human weapon, and Debi finds herself in conflict with her mother Suzanne (Lynda Mason Green), Harrison (Jared Martin) and Kincaid (Adrian Paul).

This is an interesting episode because it wants to balance the action adventure shoot ’em up style that the season has established while trying to tell a non-violent star-crossed lovers kind of tale. 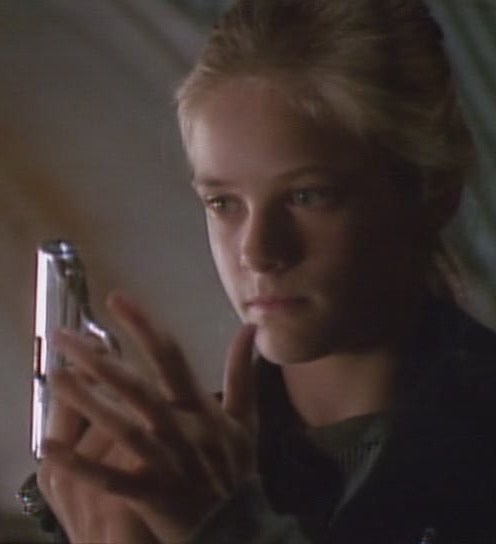 Night Moves was written by Lorne Rossman, and first aired on 20 November, 1989.

I suppose it can be seen as a bit of a sequel to the previous episode, as Suzanne tries to get Debi away from the horrors of war and the confinement of the Lair by taking Debi to her parents’ farm out in the country (though why they wouldn’t have gone before and used this as their base is beyond me).

They need a bit of a break, Suzanne wants Debi to have a moment when she can be a regular girl.

But, of course, it’s not gong to play out that way. The aliens seem to be at the farm already (or at least in the area) as they are food shortage and are looking for something to nourish their people and because there are no other farms anywhere.

So not only are the aliens working on the farm raising a crop that will feed them but kill life as we know it, Suzanne has some real problems connecting with her parents, especially over the way that Debi is being raised.

There are a lot of coincidences that play out through the episode, but it does give Suzanne more to do then staring through a microscope. It’s unfortunate that Debi isn’t given as much attention in this episode, because it could have had more of a payoff following the Ceeto incident last episode.

The battle for Earth continues next week as I explore War of the Worlds: The Complete Series on DVD from Paramount Canada! 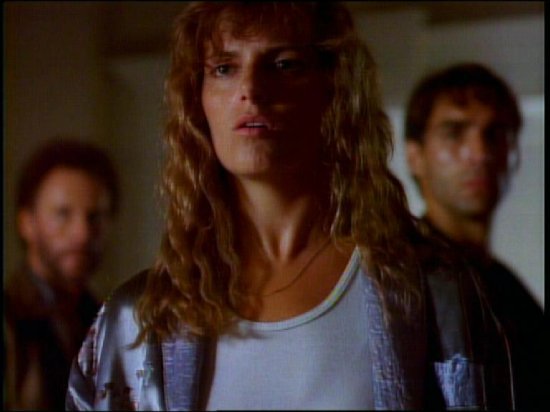