Micheal Taylor pens the teleplay (with an uncredited rewrite by Ronald D. Moore) for this episode from a story by Peter Allan Fields and debuted on 15 April, 1998.

How far will Benjamin Sisko (Avery Brooks) go to stop the Dominion War? Will he sacrifice his principles? And how many of them will he have lost by the time it’s all over?

Seeing the casualties mount, he comes up with a plan to bring the Romulans into the war. Up until now, they have been happy to sit back and watch the Federation lose encounter after encounter with the Dominion, but Sisko wants to change that.

He allies with Garak (Andrew Robinson) and consequently, with such a morally grey character at his side, his character is laid bare, and it ends up being a fantastic episode for Brooks. And an undeniable high point not only of the season, but of the series.

At Garak’s insistence, Sisko creates false evidence that the Dominion is a threat to the Romulan Star Empire. But that is only the start, as he worries about morality and the increasing casualties get to him, he finds a way to put aside each doubt, each moral, as he works for a larger goal.

But what sort of man will that leave?

Stephen McHattie makes an appearance as the Romulan Vreenak, the man Sisko has to convince, but Garak has his own plans which may accomplish Sisko’s ends, but goes past the line the captain was unwilling to.

This is a brilliant episode, powerful and stunning, and along with Far Beyond the Stars may be my favorite episode of the entire series. Just wow. 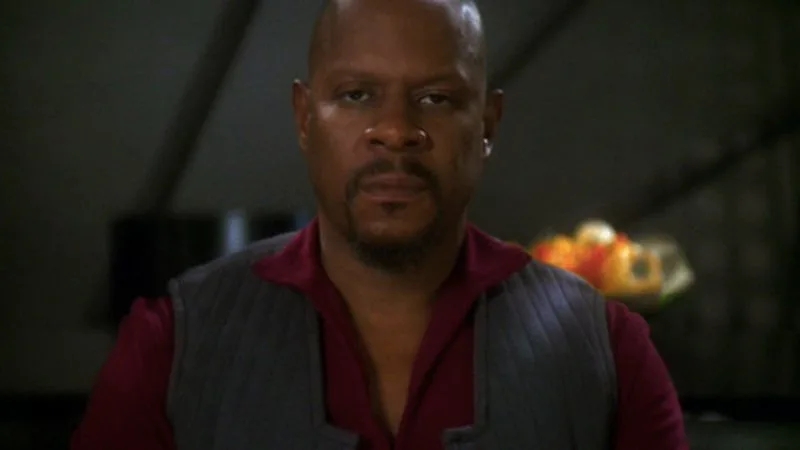 Ira Steven Behr and Hans Beimler pen this Odo (Rene Auberjonois) episode that debuted on 22 April, 1998. No matter what episode followed the previous one, it wasn’t going to fare as well in its reception, and this one is definitely a bit of a let down because of its proximity to In the Pale Moonlight.

Odo turns to a holographic lounge singer, Vic Fontaine (James Darren) for advice on romancing Kira (Nana Visitor). The Fontaine hologram is self-aware and knows he is a hologram, which gives him a unique insight, and allows Odo to seek assistance.

The episode is all about Odo and Kira finally getting together, and that’s kind of it. There’s no follow-up on the Dominion, it’s all about getting the relationship on track.

Think of it as almost a Trek rom-com. It does have some great music in it as Fontaine, and even Kira get to belt out some classic tunes. Darren seems to be having a lot of fun in this episode.

The Human Adventure continues next week as I explore The Complete Series on DVD from Paramount Canada. Boldly go… 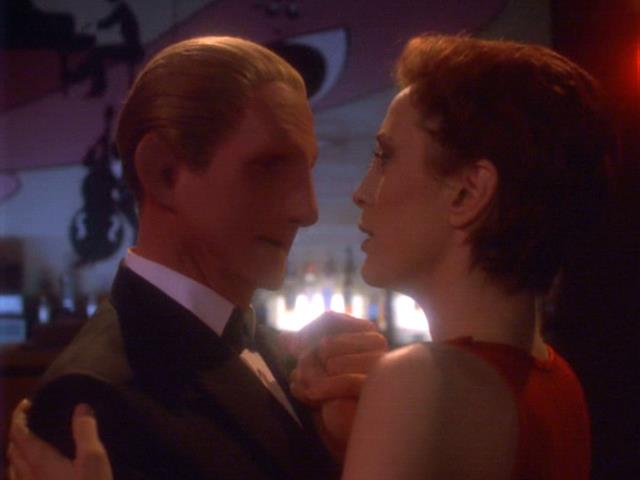