DK Canada keeps allowing me to revisit with some of my favorites (and introducing me to new ones) as I continue to enjoy The Movie Book. The recommendation of Toy Story was great, but as mentioned previously covered, but the What Else to Watch list has given men an opportunity to rewatch some other Pixar classics that I own, but don’t always have time to revisit.

Consequently it was a joy to sit down and settle in for this Oscar winning film (Best Animated Feature) and catch up with Woody (Tom Hanks), Buzz (Tim Allen) and the rest.

Time has progressed in their world, just like it has for us, and young Andy (John Morris) is heading off for college, and has to organize his room before he goes with what he’s getting rid of, keeping and donating.

Through a series of accidents all the toys end up being donated to Sunnyside Daycare, and while that sounds like a blessing at first (it has been a while since they got played with) they soon find out that the toys are ruled over by the hand of Lotso (Ned Beatty) a bitter stuffed bear who smells of strawberries.

From there the film plays like a bit of a prison escape film, while still giving us the moments, the humor, the detail that we have come to expect from Pixar films. In fact, for me, at least until I see the next installment, Toy Story 3 is the strongest and smartest entry into the Toy Story franchise.

And, of course, there is that emotional kick of an ending.

The lives of these characters over the course of three films have changed, developed, and touched us, and not to mention the leaps forward in technology that have caused each film to be an even more stunning achievement that the previous entry.

The voice cast continues to wow as Timothy Dalton, Micheal Keaton, Bonnie Hunt, and Whoopi Goldberg join in the fun.

The stories that the franchise have told touch us all because we like to imagine that yes, perhaps our toys do have lives of their own when we aren’t around, and perhaps they are as dedicated to us as we are to them.

Something like that touches the imagination and the heart of all of us, and that’s why the films resonate. Well that, and the strongly written characters, voice cast, script, attention to detail, and so much more.

The character beats in the film are earned and powerful, especially in the third act, the look of acceptance the toys have, the moment they all reach out to clasp hands when they think the end is near… such an impact… and of course, the ending, with Andy and little Bonnie (Emily Hahn).

Gets me every time.

If its been awhile since you’ve seen it, watch this one again, it hasn’t lost any of its beauty or power. And if you’ve never seen it, you’re in for a treat.

Or perhaps you could pick up a copy of DK Books’ The Movie Book and find something amazing to watch tonight! 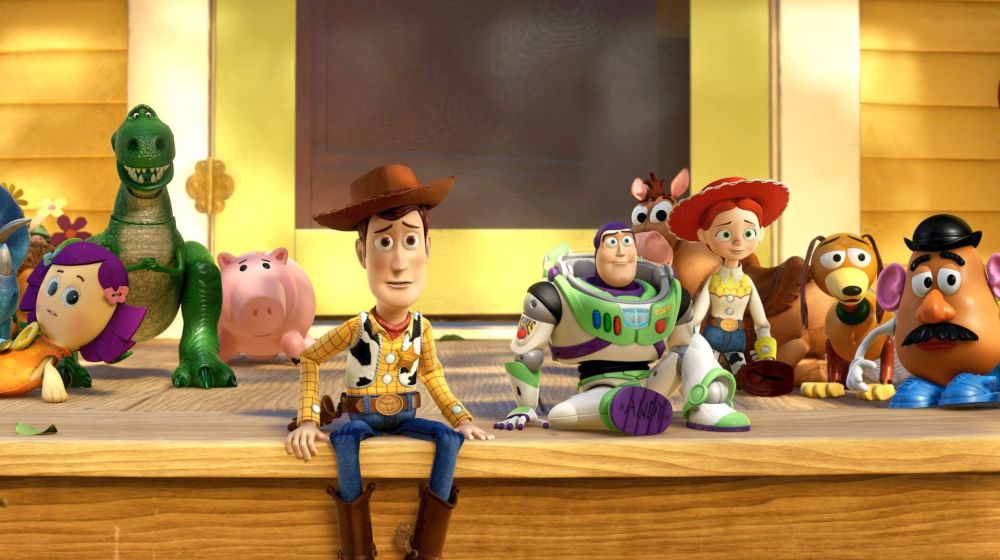