Brannon Braga and Joe Menosky pen this smart episode that has a call back to Basics, and also gives us a fun theory about what may have happened sixty five million years ago… We are introduced to a new species called the Voth, who may have evolved from dinosaurs! The episode debuted on 30 April, 1997.

After the discovery by a pair of Voth scientists, of a human skull on the planet the Voyager crew were marooned on during the events of Basics, they are stunned to discovered shared DNA.

Gegen (Henry Woronicz) and Veer (Christopher Liam Moore) are convinced that their civilization evolved elsewhere before migrating out into space. Their people however, refuse to believe that they could have shared a connection with a mammalian race.

They set out for ultimate proof, setting off in search of the source of the skull, locating evidence and items that they follow on a trail that will lead them to the Voyager, and hopefully the answers that they seek.

But what happens when their own people come to attack the Voyager to keep their existence a secret?

Chakotay (Robert Beltran) is the one to mediate an understanding and a safe conclusion to the story, that shares a sense of wonder with discovery.

This is a brilliant and smart episode, and gives us a different look at not only the Voyager, but Star Trek as well, as we delve into a highly enjoyable science fiction story. THIS is Star Trek, it can entertain while making you ask questions at the same time. 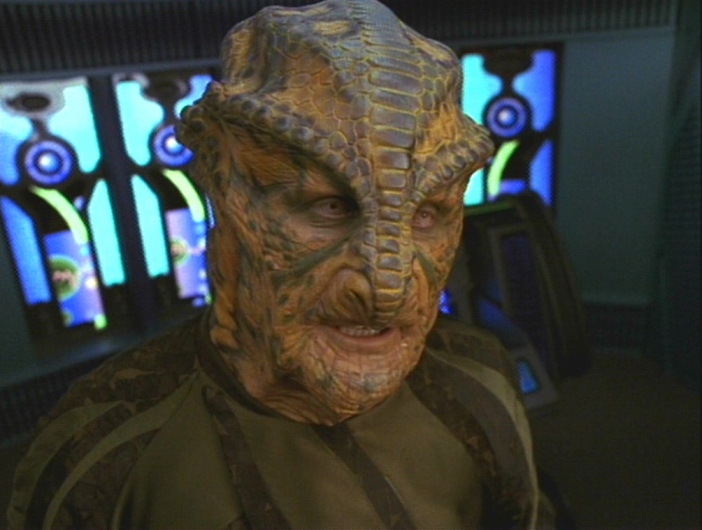 Lisa Klink pens this episode that first aired on 7 May, 1997.

It seems aliens are slowly taking over the ship, as they are displacing the crew one at a time. Unfortunately, none of the aliens know what is going on.

As Captain Janeway (Kate Mulgrew) attempts to figure out what is going on, more of her crew disappear, reappearing on a distant world. And soon enough, she’s vanished as well. Theories abound. But when the aliens make their move, it doesn’t come as much of a surprise… but how will our crew get their ship back?

Among the aliens is familiar character actor, Kenneth Tigar.

And while the location the crew is transported to is idyllic, and very much a paradise (but is not what it appears to be), it’s still a cage. But now that the entire crew is there, they have the brain power to figure out what is going on, escape, and come up with a plan to reclaim their ship.

This is a pretty solid episode, and I love seeing the crew working together to solve this problem, even it it is kind of familiar.

On a side note, I love the fact that we get a moment to see Paris (Robert Duncan McNeill) and Torres’ (Roxann Dawson)  relationship continues to develop.

The Human Adventure continues next week when we reach the conclusion of Season Three, and from there will continue the homeward journey with Star Trek: Voyager – The Complete Series on DVD. Boldy go… 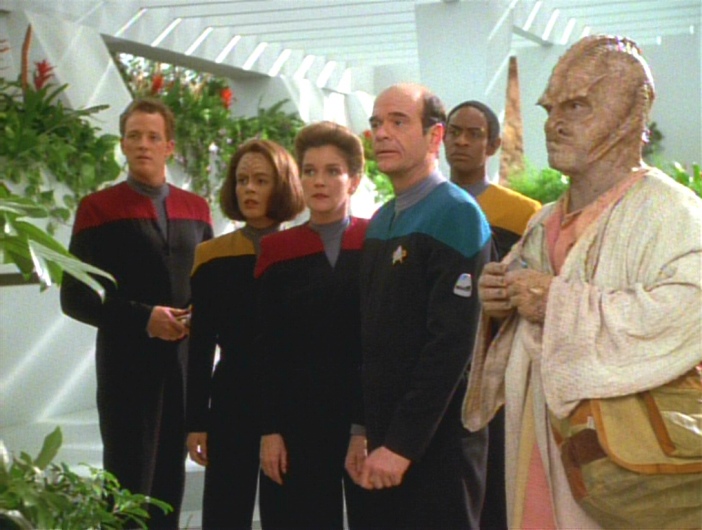