Going into this movie, I was reminded of a piece of dialogue from Back to the Future Part II – “Shark still looks fake.” But that doesn’t really hold Warner Brothers’ The Meg, which releases today on blu-ray and DVD from being a silly bit of cinematic confection.

A Chinese-American co-pro, shot largely in New Zealand, the film eschews a lot of logic, and instead posits how how cool would it be for a giant shark to do such and such. Boasting an international cast led by Jason Statham, and rounded out with Bingbing LI, Rainn Wilson and Cliff Curtis.

Bases loosely on the novel by Steve Alten, the film follows a science team as they discover a deep crevasse that has never been discovered by man, and may hold some new scientific discoveries, as well as old, supposedly extinct animals… including a megalodon, a prehistoric shark thought to be long extinct, massive in size and appetite, the animal follows the team back to the surface, and discovers a whole new world to hunt in.

The Meg ends up being silly cheesy fun, that you can’t take seriously, and nor should you. It’s a monster movie on a scale that we haven’t seen before, and sharks always prove a fascinating subject, so it’s strange that it took so long for the novel to come to life (after a fashion) on the screen.

The blu-ray looks and sounds great. The computer generated work is good, and is solidly crafted, but the human brain can still tell the difference. However, with enough popcorn, this one proves to be goofily enjoyable.

Statham is his usual stoic, charming self, doing a number of his own stunts, and the fact that it includes an international cast makes it a lot of fun, and expansive. There is some nice diversity on screen here.

There are a trio of featurettes included on the blu-ray that take us into the making of the film, designing and bringing the meg to life, and a fun little plug for the New Zealand Film Commission.

This is a film that doesn’t take itself too seriously, and doesn’t expect you to either. It expects you to sit back for its runtime, and enjoy a thrillride of a cinematic escapism. Admittedly all of the characters are cardboard cutouts with no real depth, but they aren’t the reason you’re going to watch this one. You want to see a big shark wreaking havoc, and you’ll get it.

Make some popcorn, settle in on the couch, ignore the bad weather outside, and take a bite out of this monster movie from Warner Brothers, available today on blu-ray and DVD. 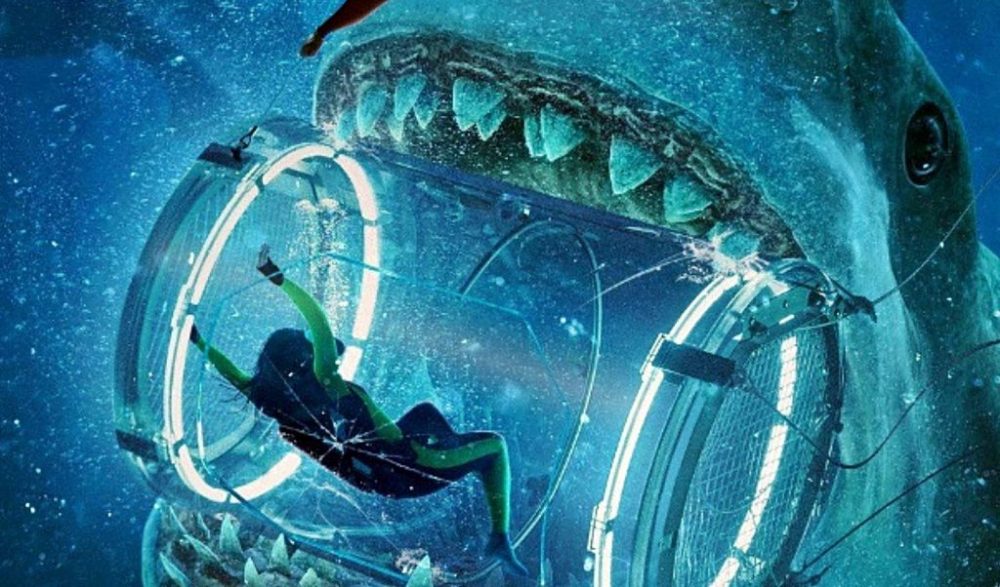