LeVar Burton directs this episode from a script by Nicholas Corea, from a story by Toni Marberty and Jack Trevino. It first aired on 23 October, 1995.

Kira (Nana Visitor) and Gul Dukat (Marc Alaimo) go after a Cardassian freighter, the Ravinok, that disappeared six years ago. It served as a prison ship carrying Bajoran prisoners, and Kira had friends aboard.

She is less than thrilled to be working with Dukat, who may not be completely open about his agenda.

On the station, Captain Sisko (Avery Brooks) is a little uncomfortable as Kassidy Yates (Penny Johnson Jerald), as she takes on a new job with the Bajoran government that will keep her in the sector, and actually allows her to live on the station – upping the relationship a touch.

Burton shows that he can ably direct the action beats as well as the human drama that erupts planetside and on the station as the story progresses. I rather like this episode, Dukat is warmed up a touch, and while the whole idea that he has feelings for Kira is a little silly, and something Nana Visitor wanted to follow up on, but it’s the growing dynamic between Sisko and Kassidy that I really liked.

The revelations about Dukat, and the way he and Kira play against each other also works wonderfully, and serves as a nice counterpoint to the one happening on the station. The serialized form of storytelling that is becoming more and more prevalent in Deep Space Nine is proving to be very enjoyable. 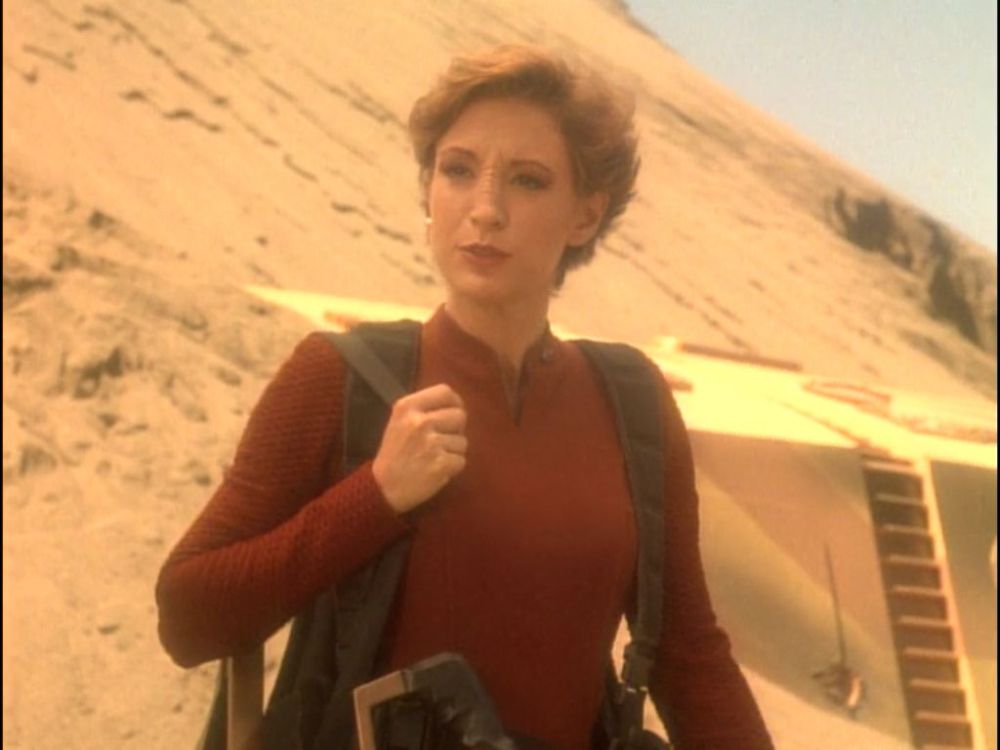 Avery Brooks directs this Dax (Terry Farrell) episode that was written by Ronald D. Moore and Rene Echevarria from a story by Echevarria. It first debuted on 30 October, 1995.

Since symbionts have such a long life, and move from host to host, it was bound to happen to Jadzia Dax sooner or later. A face from her past appears in the form of Lenara Kahn (Susanna Thompson), a fellow Trill, who was married to one of Dax’s previous hosts when she was in a different host.

It’s a little complicated, but Quark (Armin Shimerman) and Bashir (Alexander Siddig) lay it all out in the first few minutes of the episode. It is a Trill taboo for relationships to continue after hosts change, but the pair still have a spark and must decide whether or not to resume their relationship.

It spells trouble for both of them, and makes for some great drama.

This is a great episode, well crafted, acted, and written and Brooks is an able director.

The Human Adventure continues Thursday with Voyager, and next week Deep Space Nine as I explore The Complete Series on DVD from Paramount Pictures.