Vampire Circus, a Hammer Film (read as blood, fangs and nudity) is the next title from Monsters in the Movies by director John Landis. The book is available from DK Canada, and has been extremely entertaining.

I really liked this one, it’s not lengthy, it falls short of an hour and a half, but I found I quite enjoyed what was going on. It opens with something we hadn’t seen before in these films, a vampire, Count Mitterhaus (Robert Tayman) not only seduces one of the wives, Anna (Domini Blythe), of the villagers he is stalking and also kills a child onscreen. There is talk of children being killed before this, but here we see it.

As the villagers stake the Count, and Anna escapes, the dying vampire deliveries a prophecy that the children of the village will die to restore his undead life.

We jump forward in time (around fifteen years) after the opening credits, and we learn that a plague is ravishing the land, and the tiny village has been quarantined from the rest of the world.

Trouble arrives when a circus hauls into town, somehow slipping past the borders, and sets up camp in the town. They perform on a nightly basis, and it’s pretty clear from the off that there is something truly dark going on, animals seem to be able to shift into human form, and very quickly, the children of the village begin to disappear. 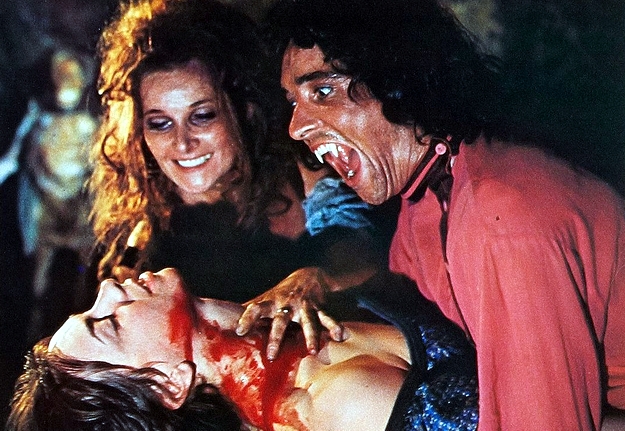 I was delighted to see some familiar faces among the circus folk including Darth Vader himself, David Prowse (listed as Dave Prowse in the credits), and Lalla Ward, who would become a Time Lady and travel with the Fourth Doctor in Doctor Who.

As the town realizes, almost too late, that the circus is a threat, all out battle for their souls begin, with the Count’s resurrection waiting in the wings.

There is some well created deaths, and suitable moments of gore. So much so that I found myself really enjoying this one. Hammer Films definitely positioned themselves away from the Saturday matinee crowd and made horror films a little more suitable adult fare, while still making them good popcorn fun.

The circus vampires are led by Emil (Anthony Higgins) and a Gypsy Woman (Adrienne Corri) who has a connection to the village that will deliver a shock to those who survive.

This was a surprisingly enjoyable vampire film, and is no doubt a cult favorite amongst horror and Hammer fans. And if you pick up a copy of Monsters in the Movies from DK Books, you can find something macabre to watch tonight! 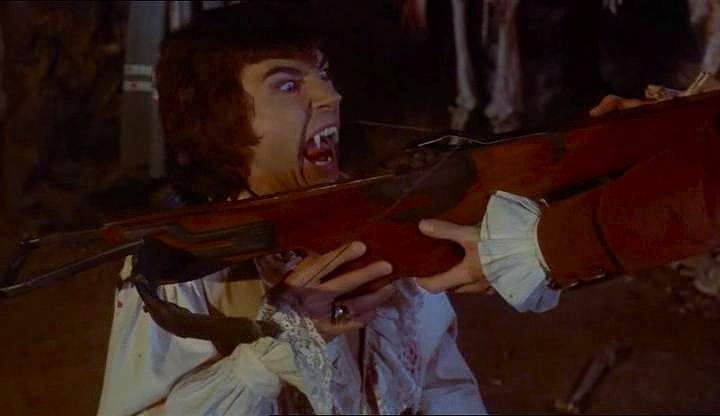