And that’s exactly what I got into with this next title from DK Canada’s Monsters in the Movies book written by legendary director John Landis. As I continue to work my way through the Vampire section of the book, I knew they wouldn’t all be good, but this one was a real stinker.

I couldn’t keep a straight face for most of it, and rolled my eyes at a good percentage of it.

An exotic dancer, Jeanette (Susanne Loret),  after a potential breakup with her beau, Pierre (Sergio Fantoni), is disfigured in a car crash (she goes over a bump before she goes over a ledge and the car bursts into flames!). Eccentric, mad scientist, Alberto Levin (Alberto Lupo) sends his research assistant, and would be paramour, Monique (Franca Parisi) to convince her to come to his estate where he promises he can cure her.

It’s blatantly obvious that Monique is in love with Alberto, but he is taken by Jeanette, and is determined to keep her for himself. When the potential cure he has created proves temporary, he turns to murder to retrieve the needed enzyme from the glands of young women.

He’s aided in this by his ability to turn in to a disfigured monster (never fully explained, but no doubt something to do with his own research). 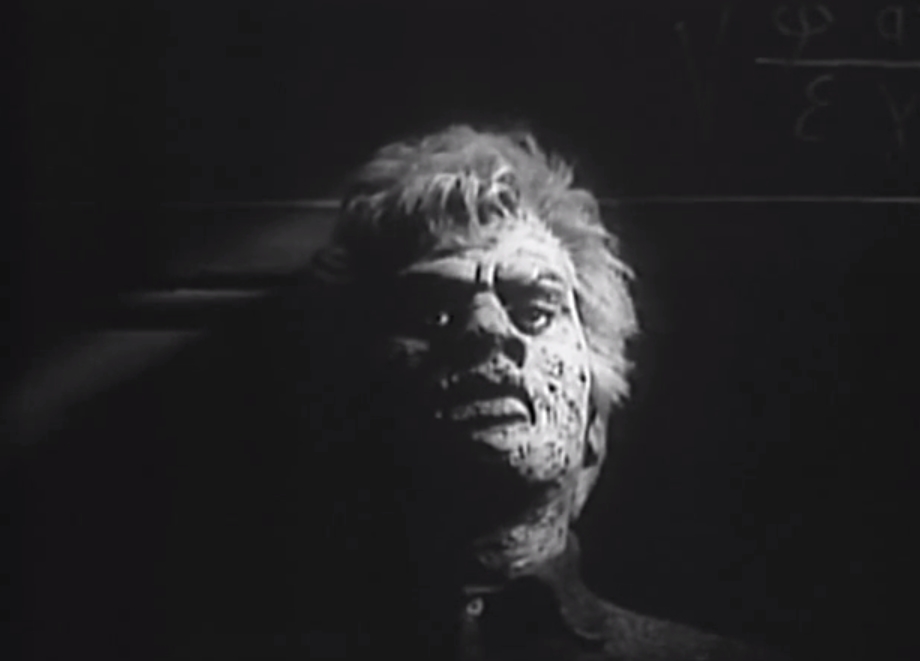 Pierre arrives back in town and tries to hunt his (ex) girlfriend down and everybody gets caught up in the horror.

To be clear, there are no real vampires in the film, though Alberto compares the extraction of enzymes from the victim as an atom-age vampire… hence the title and tie-in. But I’m sure that did not impress anyone who went to see this at the afternoon matinee.

Add to the fact that it is a badly dubbed film, originally shot in Italian, and then adapted for North American audiences, this one is just nothing short of horrendous, and the only redeeming feature it has would be that it would be great fodder for the Mystery Science Theatre bunch.

But as Landis warns in his book, they aren’t all good films, he simply serves as a guide through the cinematic incarnations of our nightmares. And this one was definitely that. Because I had to watch it.

But don’t take my word for it, pick up a copy of Monsters in the Movies today, from DK Books and dig up some old spooky classic to watch tonight. Honestly, it’s surprising how many of these old movies can be found on YouTube!

Scare up some fun tonight!