The next big recommendation in DK Canada’s The Movie Book is the comedy classic, Some Like It Hot, which I have previously screened, and loved, so I was delighted to dive into the What Else to Watch list and see what new delights I would discover within.

First up is How to Marry a Millionaire, with the triple threat billing of Marilyn Monroe, Betty Grable and Lauren Bacall. The trio play New Yorkers who share rooms in a swank apartment (that they can’t afford), as they plan and scheme to find a millionaire for each of them to marry.

Loco (Grable), Pola (Monroe), and Schatze (Bacall) have plans but in a town where you can’t tell the real deal from the con artists, it’s hard to tell if true love will come knocking.

Each of them have any number of suitors calling on them, and consequently there are any number of funny moments as the three ladies try to find the man for them.

The three leads are a lot of fun, and they play together delightfully, even as they struggle to decide whether to follow their hearts or the heads. The film is filled with misunderstandings, the occasional mistaken identities, and plenty of folks trying to get theirs.

Each of them come across gentlemen they think wouldn’t be the one for them, but things spin out of control as they realise that the one they are looking for may not be the ones they expected.

Each of the characters is clever in their own way, though of the lot, Bacall’s Schatze seems to be the most enjoyable character of the lot. Both Pola and Loco have a bit of that dim-bulb humour which works occasionally, but Schatze is wry, clever, a little jaded, and Bacall’s performance is so much fun to watch.

I was also delighted to see William Powell in a fairly central role in the film, he’s a performer I have always enjoyed, and seeing him as the crux of part of Bacall’s story was really quite enjoyable.

While not as enjoyable as Some Like it Hot, this one was a lot of fun, and it was fun to see Monroe as part of a ensemble cast.

I’m looking forward to seeing what comes up next as I continue to explore the What Else to Watch list as I settle in for more cinematic gold as I work my way through DK Books’ The Movie Book.

Pick one up today and find something classic to watch tonight! 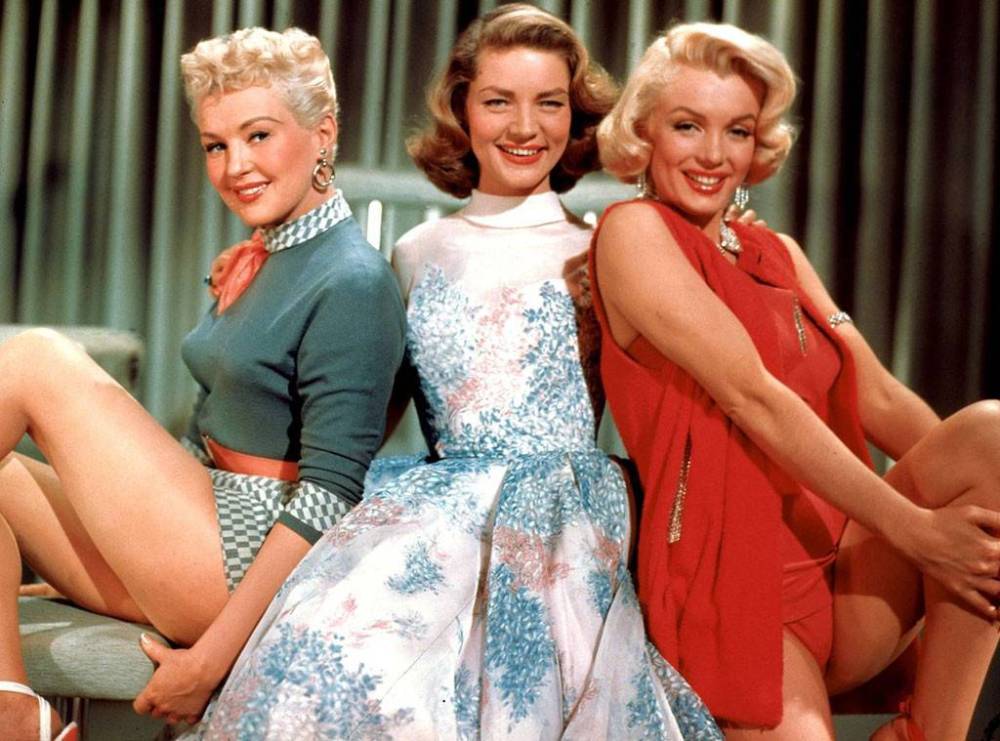