Tod Browning’s London After Midnight has been lost, burned in a fire that cleared out a percentage of the MGM vault in 1965. That doesn’t stop it from making it into John Landis’ brilliantly enjoyable Monsters in the Movies, available from DK Canada.

A reconstructed version, created from film stills, and a script was released in 2002, and while not the film itself, it will be the closest to experiencing the film as some cinephiles will get.

And while not necessarily a vampire film, it comes in the vampire section of the book, and there is a belief that there are vampires in the neighbourhood.

Lon Chaney portrays Burke, a private investigator, who has been brought into investigate the murder of Roger Balfour (Claude King), something that looks like a suicide.

Five years on, a stranger in a beaver hat, sharpened teeth, and a strange complexion (also Chaney) has moved into the Balfour house, with a haunting woman in a diaphanous gown, known as Luna, the Bat Girl (Edna Tichenor). When they are spotted in the middle of the night, by the maid, Smithson (Polly Moran) of the Hamilin household, she believes they are vampires.

Strange happenings in the Balfour estate start to freak out the Hamlin household where Roger’s daughter, Lucille (Marceline Day) currently resides, and is falling in love with Hamlin’s (Henry B. Walthall) nephew, Arthur (Conrad Nagel). Lucille hears voices calling to her from the ‘haunted’ estate.

Burke finds himself caught up in the mystery again, using his hypnosis skills, investigating the strange happenings, and digging for the truth Balfour’s death.

I am loving this book so far, and while I am not looking forward to some of the films, there are enough movies I haven’t seen and was unaware of that it is going to be a fantastic ride.

So not only is this a gorgeous coffee table book, it is a cornucopia of corpses and darkness, monsters, and the macabre. So if any of those things are your bag, you owe it to yourself to add this book to your library, and watch something spooky tonight!

John Landis’ Monsters in the Movies is available from DK Books now! 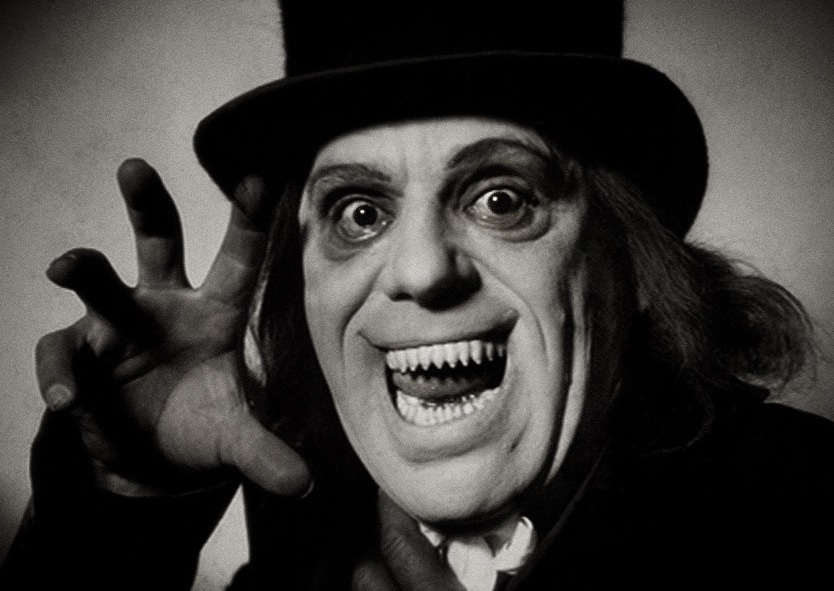