Boy, can Mike Hammer (Ralph Meeker) pick ’em in this, the next film in DK Canada’s The Movie Book. Based on Mickey Spillane’s novel of the same name, the film sees the private investigator caught up in a corker of a mystery.

I’ve always been interested in the character, I grew up with Stacy Keach in The New Mike Hammer tv series, and as enjoyable as I found this film, I don’t think Meeker had the rough and tumble edge to play a hard-boiled bedroom dick.

I will say this, I do like the way shots are framed, and character beats, and moments happen.

Hammer finds himself caught up in a good one, when he picks up a lone hitchhiker, Christina (Cloris Leachman), who ends up dead before they can reach her destination, and he ends up in the hospital.

Despite being warned off by the police, he digs into the mystery that is Christina – supposedly an escaped asylum fugitive – but there is so much more going on in this little noir thriller that everyone, but Meeker seems fit for.

The supporting cast, Friday (Marian Carr), Velda (Maxine Cooper), and Nick (Nick Dennis) especially, seem quite at home in this genre, and bring their characters to lurid, noir life.

Everything revolves around a whatsit that has something to do with the Manhattan Project, Trinity and Los Alamos – that suggests it’s radioactive, but everything we see around it suggests it’s even more powerful than that.

The interior of the whatsit’s box is all aglow, something that will be revisited in many films, most notably, Repo Man, and Pulp Fiction.

In the end the film ends up being a tough little film noir, with a couple of, what for the time, must have been science fiction touches.

As I said, the only performance I didn’t care for was Meeker’s he just didn’t seem to be the right guy for the role, you need someone who oozes cynicism, has a sharp edge, and has no problem betraying friend and foe alike. I didn’t get that from his performance, He was a little too neat and clean for the film.

Every other character seems to know their role, and their place in a noir universe, and brings it to life perfectly.

This one ends up being a lot of fun, and you can see how it influenced films to come, and made a worthy addition to the noir genre.

Pick up a copy of DK Books’ The Movie Book today, and discover this and other classic films for yourself! 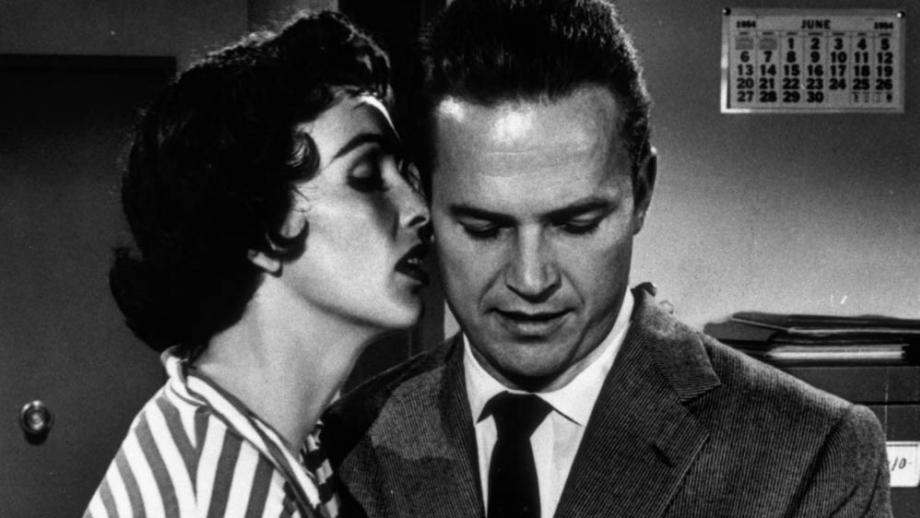