Blood Oath sees the return of some familiar Klingon names (and the actors who brought them to life) in this episode that was penned by Peter Allan Fields. It first screened on 27 March, 1994.

Kor (John Colicos), Kang (Michael Ansara) and Koloth (William Campbell) all arrive on Deep Space Nine – they look like the modern incarnation of the Klingons, not the swarthy appearance they had in The Original Series (it’s not discussed in this episode) – seeking Dax (Terry Farrell).

It seems the Trill’s previous host, Curzon gave the trio of Klingons a blood oath, and they are here to seek out her help. They are on a mission of vengeance against a Klingon known only as The Albino (Bill Bolender) who had infected the firstborn sons of all three Klingons with a virus that killed them, some eighty years ago. They swore vengeance and now that they have found him, they are going after him, with Dax at their side (after proving her worth), fulfilling Curzon’s oath.

The group travel together to hunt down The Albino, but it may fall to Dax to exact their final vengeance when friends begin to fall in battle.

It’s a complete delight to see these three actors reprise the roles that fans love them so much for, and they seem to be having the time of their lives. Colicos, especially seems to still be a master of chewing scenery.

This episode was a joy balancing nostalgia, fun, and a truly engaging story. 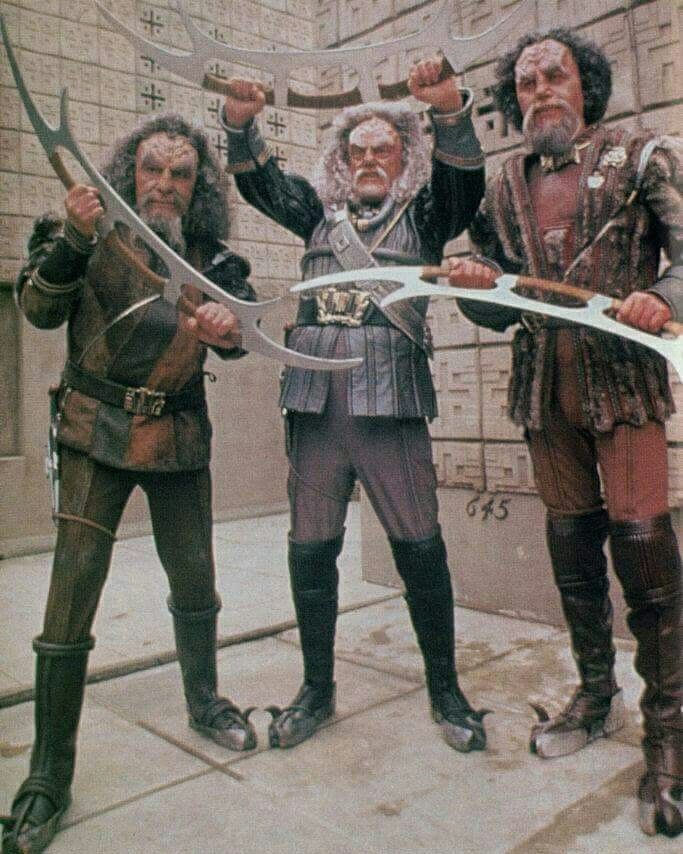 Both Deep Space Nine, and The Next Generation began planting seeds for the next series Star Trek: Voyager, but DS9 did it first with this two parter, the first half of which aired on 24 April, 1994.

With a teleplay by James Crocker, adapted from a story by Rick Berman, Michael Piller, Jeri Taylor, and Crocker, the story set up the idea of a group of Federation colonists, as well as non-Federation members who are engaged in an unofficial war with the Cardassians.

When a Cardassian freighter explodes when it leaves the station, the crew of DS9 begin an investigation, and Sisko (Avery Brooks) is joined by Cardassian Gul Dukat (Marc Alaimo) and Sisko’s old friend, Commander Cal Hudson (Bernie Casey) to discover what is going on.

The Maquis are everywhere, not just in civilian positions, but in Starfleet ones as well.

Fingers are pointed at a Federation colony in the new Demilitarised Zone, and their investigation leads to a stunning revelation that leaves us on a cliffhanger ending that won’t be resolved until next week.

What will Sisko do?

There’s a nice b-story centring on Quark (Armin Shimerman) trying to woo a Vulcan named Sakonna (Bertila Damas) who is a surprising member of the Maquis, serving as a gun runner. But Quark soon finds himself in trouble with her and the rest of the Maquis aboard the station.

How will everything play out? I guess I’ll find out in a week’s time.

The Human Adventure continues as I explore Star Trek: Deep Space Nine – The Complete Series on DVD from Paramount Pictures.