George C. Scott’s Oscar winning turn as controversial military commander, General George S. Patton is my next stop as I explore the recommendations from the Great Movies – 100 Years of Movie book following my screening of Saving Private Ryan.

Based on a history of Patton as well as Omar Bradley’s (portrayed by Karl Malden in the film) autobiography,  the screen story is written by Edmund H. North and Francis Ford Coppola.

The film, over the course of its almost three hour runtime, explores Patton’s military career during the Second World War.

His successes, and political and public blunders are all on display here as he stays true to who he is, and doesn’t understand why the rest of the world doesn’t see things the way he does. Of course, he doesn’t help that he has some strange personal beliefs about his own personal history (and reincarnation?) .

Scott is nothing short of impressive as Patton, from his opening monologue, addressed to an unseen crowd before an enormous American flag to the film’s final shot, his performance is engrossing. Watching his character struggle with the things he doesn’t understand, especially regarding the treatment of soldiers he considers ‘yellow,’ is something to see, and believable 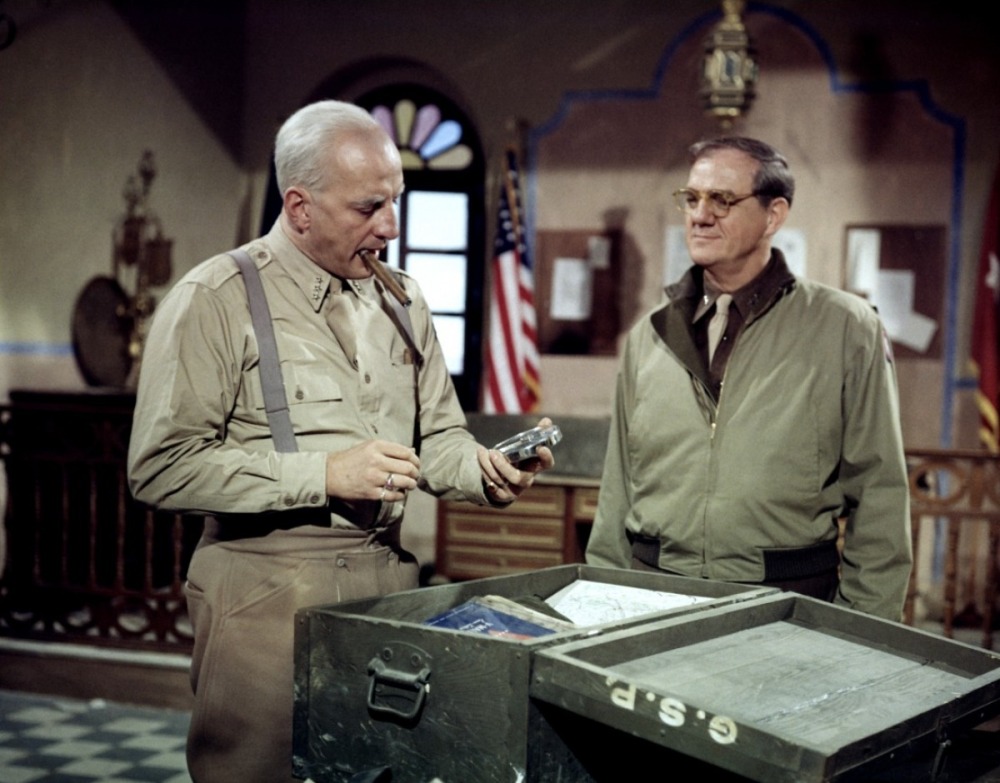 Featuring a score by Jerry Goldsmith the film moves easily and briskly through its runtime, informing, entertaining, and showcasing the immense craft that Scott poured into the role.

The film is as iconic as the momentous nomination and win Scott received for Best Actor and then refused it, didn’t show at the ceremony, and had it returned by the film’s producer the next day.

Patton’s skills and flaws are on display here, from being a brilliant commander to a history of insubordination and a dangerous temper.

This is a film that I had never seen growing up, but one that always seemed to be around me, I remember coming across it when I was first renting movies at Vision Video, I remember putting it away on countless runs in my own video stores, but never got around to seeing it.

Now that I have, I can say I truly enjoyed it, and thought it was well-deserving of the accolades it received, including Best Picture, Best Director, Best Screenplay, Best Art Direction, Best Sound, and Best Film Editing.

This was a fantastic watch, and my penultimate film watch for the Great Movies – 100 Years of Film. It’s been a great ride, but there are still many more films for me to watch as I work through lists and books…