Samuel Fuller wrote and directed the final film recommendation from the Great Movies – 100 Years of Film book following my screening of Saving Private Ryan. This title closes out my time with it.

The tagline for the film says it best, “The real glory of war is surviving.”

And that is what the heart of the movie is as we follow the Sergeant (Lee Marvin) and four privates, Griff (Mark Hamill), Zab (Robert Carradine), Vinci (Bobby Di Cicco) and Johnson (Kelly Ward) through the Second World War.

We encounter the Sergeant first at the close of the First World War during an event that will haunt and shape him, from there we travel to North Africa, D-Day, the Ardennes, and a concentration camp with this squad, a small portion of the Big Red One.

Somehow through all of it they survive, while nameless recruits replace those they lost over and over again, until they don’t want to know anyone else.

Marvin and Hamill are given a bit more to do, as both of their names are above the title. As Griff, Hamill has to come to terms with his own fear and not wanting to murder anyone… something the Sergeant clarifies as killing. You don’t murder the enemy, you kill them. Dehumanising them enough to make it easier to follow orders. I do like that the fact that the discussion is had on the German side as well, with a different result to the conversation.

Carradine’s Zab, a writer, narrates throughout the film, guiding us through the vignettes that shaped the men’s characters, and brings us to our final resolution.

I have to be honest, after films like Saving Private Ryan, Apocalypse Now, Patton, there is something decidedly small about this film. It’s not a lack of scale, because there are some great locations, but the camerawork, framing, et. al. just make it feel small, with no real sense of sweep, epic, or even the true size of the war, and all of that is to the film’s detriment.

It’s not like Fuller was trying to make a small intimate picture, because there is no intimacy of emotion shared between these men, it just feels small. And that is unfortunate, because the message of war, and its portrayal as it really is plays centrally to the film’s core. This is not a gung-ho war film, this is to be an unflinching look at the horrors we inflict on one another until we come to our senses and do what we always were going to have to do… talk.

Still, it’s cool to see Hamill as someone other than the Joker or Luke Skywalker! 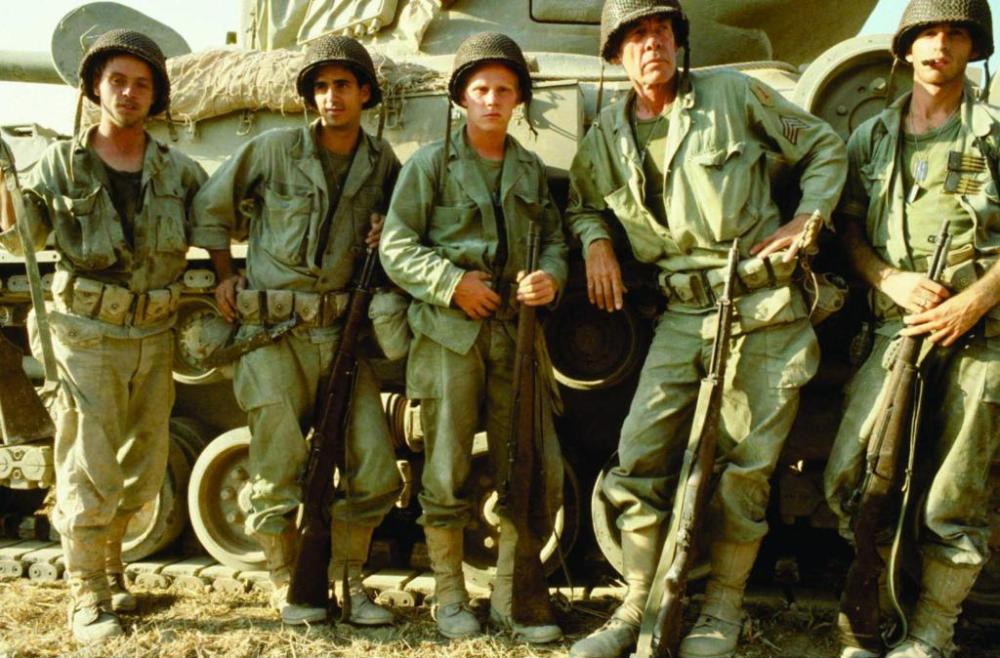