Written by Richard Danus and Evan Carlos Somers from a story by Hilary J. Bader, this episode first aired on 25 April, 1993.

It follows Commander Sisko (Avery Brooks), Major Kira (Nana Visitor) and Dr. Bashir (Alexander Siddig) as they give the Bajoran spiritual leader, Kai Opaka (Camille Saviola) a look at, and passage through, the wormhole. Things go sideways, however, when the runabout they are travelling in receives a distress call.

Sisko and the rest respond to it, but the runabout is disabled and crashes on a planet in the gamma quadrant, which kills Opaka. The survivors find themselves caught in a strange war, between the Ennis and the Nol-Ennis, which have shocking repercussions.

The episode features cult and fan favourite, Jonathan Banks as the leader of the Ennis.

It seems they have crashed on a prison planet, and the inmates have been fighting for years, and despite the violence they enact on one another, death never lasts very long. Opaka, herself, returns from death, changed, but still the Kai.

It seems there are bio-mechanical devices that infiltrate the bodies, and restore them when they are killed. If anyone infected with them, leave the planet, they’ll die. The resurrected Opaka must stay on the planet, and perhaps she will finally be able to bring a peace to the people.

O’Brien (Colm Meaney) and Dax (Terry Farrell) take out another runabout to try and find their missing comrades, arriving just in time to save them before the end of the episode.

Not the best episode, but a very Trek story. 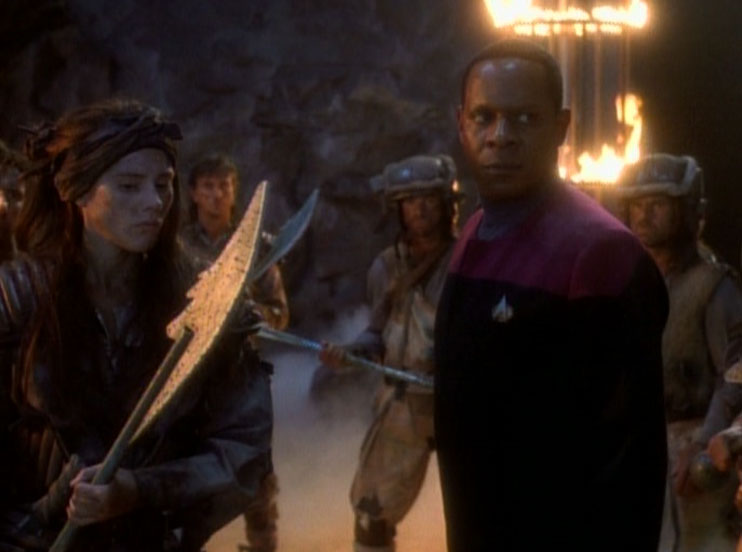 Written by Ira Steven Behr and Kurt Micheal Bensmiller from a story by Bensmiller, this episode was first broadcast on 2 May, 1993.

It follows the developing friendship between Bashir and O’Brien, though it’s still early days, and very rocky for them. The two are assigned a mission by Sisko to respond to a medical emergency in a Bajoran village.

There they find the Sirah (Kay E. Kuter), who recognises O’Brien as The One. It seems the Sirah is a bit of a holy man, a storyteller, and is able to defeat the dangerous Dal’Rok – a role that may now fall to O’Brien. This story is a little lame, but Meaney works with what he’s got, and it’s good to see him taking centre stage.

Meanwhile on the station, Sisko and Kira are hosting two Bajoran parties to try to sort out their differences as the planet continues to recover from the Cardassian occupation.

Things are complicated when one of the leaders meeting with Sisko is a young woman, Varis (Gina Philips) who Nog (Aron Eisenberg) is taken with immediately. Jake Sisko (Cirroc Lofton) and Nog try to help her out, while the young Ferengi goes through the pangs of his first crush.

The Human Adventure continues next week, as I explore The Complete Series on DVD, now available from Paramount Pictures. 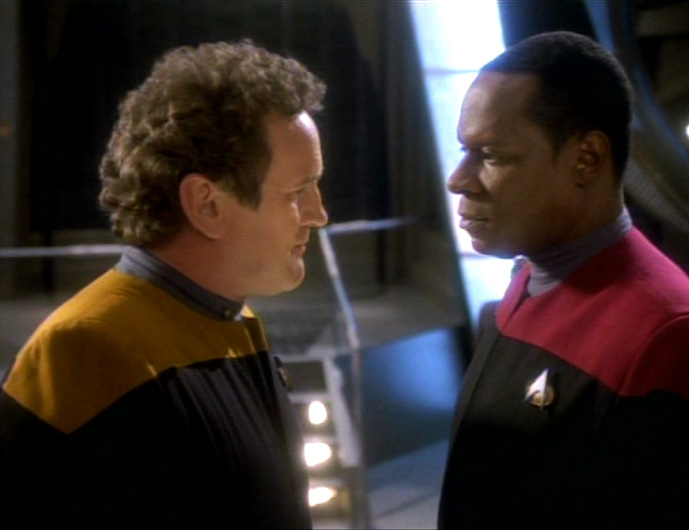