Written by Michel Horvat, the episode follows Crusher as she has a relationship with Ambassador Odan (Franc Luz). She is growing more in love with him, until Odan is wounded.

It is then that the questions of love, attraction and sexuality are brought up, though only peripherally. Odan is a host for a symbiont, and when his body is damaged the symbiont needs a new host.

Is Beverly in love with the physical form of Odan or the spirit of him? It is the symbiont that  is attracted to her, but when it is forced to take a temporary host with Riker (Jonathan Frakes) it brings these questions to the fore; as it does when the new host for Odan arrives.

It’s not handled as well as it could be, but this is the first introduction to the Trek universe of the Trill species, which would show up more in the next series.

The concepts of what is love and how attraction is tied into it are briefly explored, and sadly, it could be argued that there is a bit of homophobia in the episode. Or perhaps it’s just a preference on Beverly’s part. 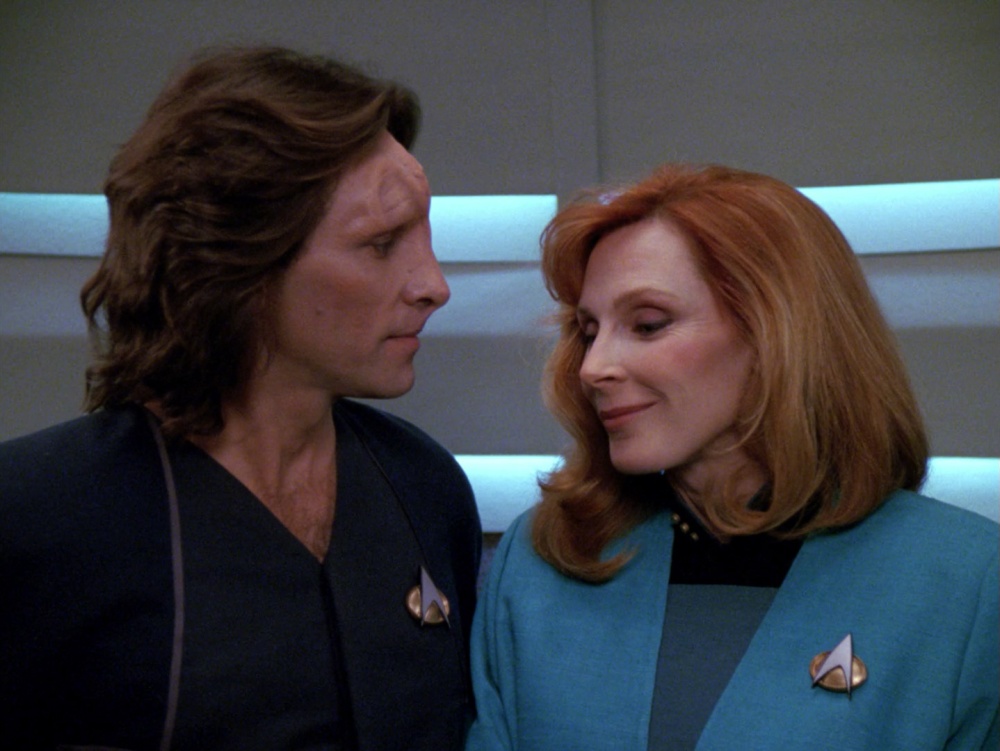 How about a little Manchurian Candidate in space? Airing on 27 May, 1991, The Mind’s Eye is a Geordi La Forge (LeVar Burton) story.

Written by Rene Echevarria from a story by Echevarria and Ken Schafer, La Forge is on his way to Risa in a shuttle when he gets kidnapped by Romulans. It seems they have a devious plan for him.

Once aboard their starship, Geordi is subjected to torturous brainwashing that will condition him to commit murder. The murder of a Klingon Governor, Vagh (Edward Wiley).

It’s of note that while Geordi is being brainwashed there is a shadowy figure watching the process. A figure with a familiar voice, but it will be sometime before we get that reveal.

Data (Brent Spiner) and Geordi find themselves investigating a claim by Vagh that colonists on Kreos, a planet along the Klingon/Federation border, have been receiving weapons from Starfleet. While the weapons look like Starfleet issue, they are in fact Romulan, done in an attempt to cause conflict between the two powers.

But that is only the tip of the iceberg for the Romulans’ plans – Geordi is preparing to strike. Will Data and the rest of the crew discover what is going on, or will Vagh end up dead, the catalyst for an interstellar war? Or is there even more going on here than we know? 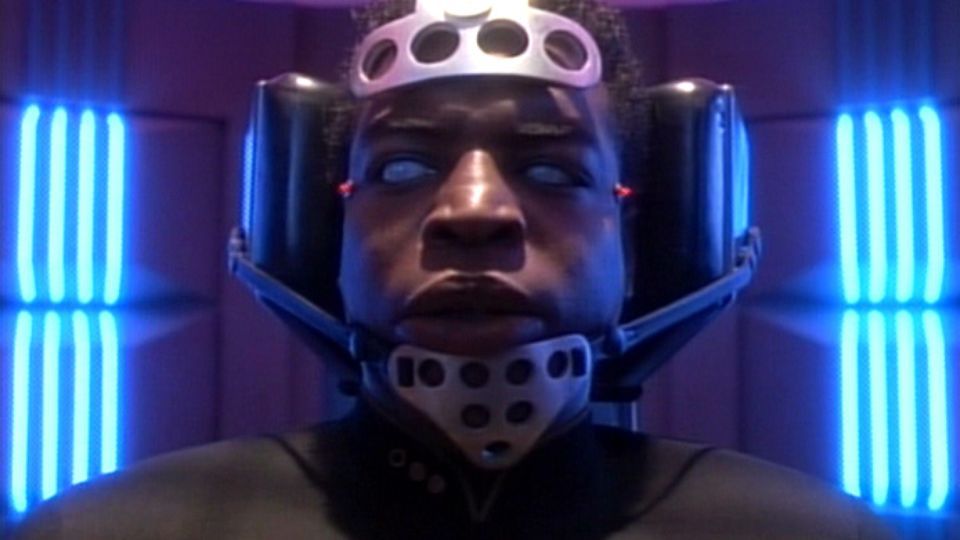