It’s back to the Twilight Zone with Paramount’s Complete Series on blu-ray. The first season of this iconic and seminal show ends this week with this trio of episodes.

First up is The After Hours, penned by Rod Serling, this story originally aired on 10 June, 1960. Anne Francis stars as Marsha White, who is doing some last minute shopping for a gift for her mother.

She takes the elevator in a department store to a seemingly deserted floor, until a strange attendant provides her with exactly what she’s looking for. When she tries to return to the same place, she’s told that floor isn’t part of department store sales. She takes a look anyway and learns a terrifying truth.

This one is delightfully creepy as we try to figure out what, exactly, is going on. Anne Francis is simply wonderful.

There are tones of extras for this episode, including a commentary by author of the Twilight Zone Companion, Marc Scott Zircee, a 1978 interview with Anne Francis, a syndication promo from the 70s and a radio version starring Kim Fields.

The Mighty Casey was also penned by showrunner Serling, and originally screened 17 June, 1960.

This is a bit of an odd tale. Mouth McGarry (the always enjoyable Jack Warden), the manager of a less than stellar baseball team the Hoboken Zephyrs recruits a pitcher, Casey (Robert Sorrells) through Dr. Stillman (Abraham Sofaer). Casey is amazing, but both less and more than human… he’s a robot.

Warden plays it very broadly, and consequently provides some chuckles.

What follows is a fanciful bit of storytelling that seems to marry two things (not completely successfully) that were definable to the youth of the late 50s and early 60s, baseball and pulp science fiction.

There is a bit of a social commentary gong on here when it’s discovered that Casey is a robot, and not a human, and consequently banned from playing, until he’s given a heart. Of course, after that happens, surely things will change, and the Zephyrs may have a whole new set of problems as the story ends.

While there is a place for these fanciful tales, they don’t always work as well as they should, and this one, especially coming on the heels of the fairly creepy The After Hours seems to falter a bit.

This episode features a Rod Serling Lecture from 1975, an isolated score, and a radio drama starring Paul Dooley.

The season finishes out with A World of His Own. Written by Richard Matheson, and closed out the first season on 1 July, 1960.

Gregory West (Keenan Wynn) is a writer, he creates, and imagines, and does it all via speaking into his dictation machine. When his wife, Victoria (Phyllis Kirk) sees him in his office talking to a beautiful woman, she investigates.

She refuses to believe what Greg tells her is going on – his characters come to life as he creates them. When he gives her a demonstration she still doesn’t believe, but there is one last reveal sure to convince her.

There’s a wonderfully meta moment at the end of the episode. In hindsight, this would have been an amazing way to end the series as a whole, as opposed to closing out the season, but it’s still fun.

Matheson is a wonderful storyteller, and had an illustrious career, his tales always delight and this is no exception. However, there is something more going on here about power, creation, and men using that power to control women that can be read into the tale which makes it considerably darker, and less entertaining. It doesn’t, however, change the fact that Matheson is fantastic writer.

Rounding out the episode is an interview with Matheson from 1978 and an isolated score.

Next week, Paramount Pictures takes me deeper as I move onto the second season of The Twilight Zone: The Complete Series available now on blu-ray. 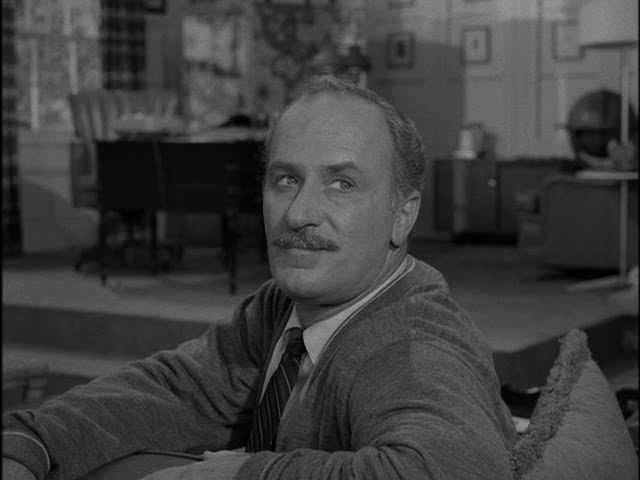