This weekend, new names will be added to the Star Wars cinematic universe, those of Orson Krennic, Galen, Lyra and Jyn Orso. But Star Wars readers get to know these characters already, through James Luceno’s new canon novel Catalyst.

Set during the closing years of the Clone Wars and those following it, as the Rebellion was beginning to form and fight the newly established Empire, the book serves as a nice companion piece to the new film.

If Rogue One is being called an action film in the vein of a World War II epic, then Catalyst is the behind the scenes drama which sets the stage, and will give stronger emotional resonance to the action beats that take place on the screen.

At the book’s center are Krennic (played in the film by Ben Mendelsohn), a manipulative Imperial, overseeing a secret project, Celestial Power – a mobile battle station, initially contemplated by the inhabitants of Geonosis as glimpsed in Attack of the Clones, and Galen Orso (portrayed by Mads Mikkelsen), a genius who specializes in energy research, loves his family, and refuses to take sides in a conflict that is raging across the galaxy.

Galen hopes to find a way to provide clean and efficient energy for planets across the galaxy, and an old classmate Krennic, sees a way that he can weaponize Orso’s work and adapt it for his battle station.

As the story progresses, young Jyn is born and grows up in the background of the book, while Galen is manipulated by Krennic into a position where the Imperial can use the scientist’s work, and keep an eye on him and his young family.

As co-workers and planetary resources are disappearing, Galen, and his wife, Lyra become more and more concerned, realizing that they are useful pawns in a bigger game, and that they may have inadvertently given the Imperials the information they need to perfect their deadliest weapon. The Death Star.

More Space Drama than Space Opera, the story entertains, as Luceno instills the characters with life, emotional conflict, and a lot of it reads like a World War II thriller, as pieces and ploys are put in place.

Galen is driven by his sense of right, and wanting to do the best he can for his family, and Krennic uses that against him.

But there are other things moving against Krennic. There’s a new Moff, Tarkin, who may be a competitor for the role of command for this new mobile battle station, and there is a smuggler and arms-dealer, Has Omitt, who doesn’t like being controlled by the Imperials.

There are ecological messages (as well as forced displacement) at work here, that parallel events taking place in our everyday world. One can read the Empire as a corporation, and the galaxy, or at least the planets they are after, as the resources these profiteering companies exploit for their own gain, no matter the cost to the environment.

You know Galen is doing what he is doing for the right reasons, and only hope that he takes the blinders off before it’s too late… But since we know the Death Star gets made…

This was a great read, and I loved how it filled in events leading from the Death Star’s first appearance (in the Star Wars timeline) in Clones through to the theft of the plans in Rogue One, which will lead us right into A New Hope.

Check it out, and may the Force be with you! 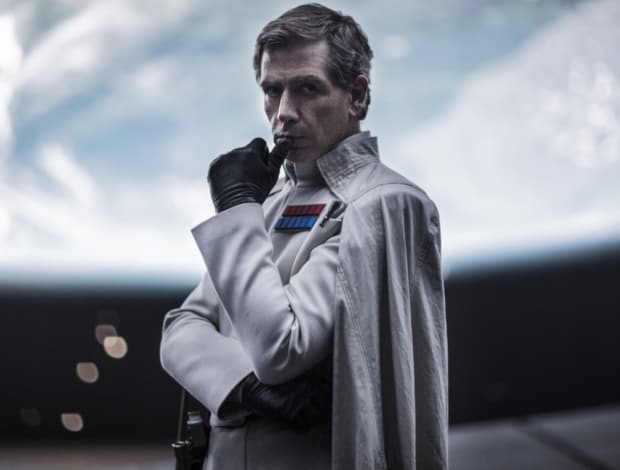