Lara Croft has been around for twenty years. And, I have to say, she looks better than ever.

Since her first appearance in the game-changing, well, game, Tomb Raider in 1996, Lara Croft has made a name for herself in the action adventure series that centred around, an admittedly cartoon-like interpretation of a beautiful woman, with all the assets to appeal to young male game players.

But, through the years, Lara has transcended that, becoming an action icon in her own right, as well as a strong female role model – smart, self-sufficient, strong, and unstoppable in pursuit of her goal.

How did that change happen?

Meagan Marie, the author of the in depth 20 Years of Tomb Raider from DK books tells us, as she provides us with the ultimate chronicle of Lara’s adventures – from her first video game, to the models that brought her to life, from her digital adventures to her comic book adventure, to forays on the big screen, fan films, documentaries, magazine covers – she can be found everywhere. The book covers all of this in detail and depth. Marie conducted countless hours of interviews with the creative teams behind the games, films, and art, and has compiled it all here in an easily readable, immensely enjoyable book.

The book chronicles her very beginnings, taking us inside the Core studios where she was created, and the book spares no details, revealing lost scenes and concepts from the games. We move through the series game by game before branching out into other media. 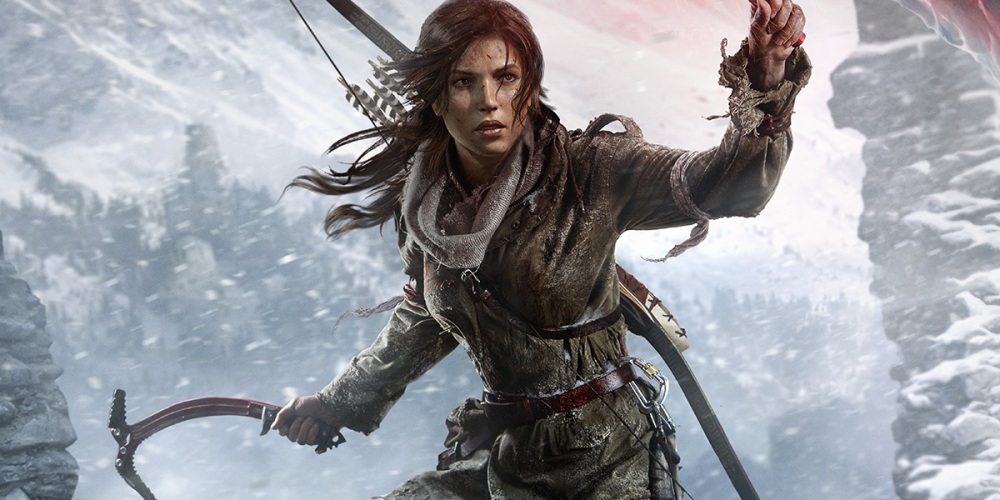 My interest in Croft was always kept to a bit of a minimum. I enjoyed the idea of her, a kind of female Indiana Jones who carried two pistols, and had an affinity for short shorts and snug tops. But that was not all she was, nor all she is. Over the years, her personal history has been crafted and her design is a little more realistic, and the models and voices which have brought her to life, have endeavoured to ground the character in a heightened reality where the impossible can be real, and she saves the world.

I had no idea this character had become as iconic as she has; inspiring cosplays (featuring some creative and stunning photography), comics, art (did you know she had an animated series? A board game?) and more.

Nothing seems to be overlooked in Marie’s investigation into all things Lara, and the book serves as a fantastic history on video games through the late 20th and into the 21st century. It serves as a commentary on how the platforms and games themselves have changed, as well as a biographical history of a fictional character who has come to mean so much to so many people.

Filled with rarely revealed facts, brilliant photos chronicling Lara’s travels, adventures, growth and influences, this isn’t just some coffee table book to be looked at and savoured on those rare occasions when you don’t have anything else to read, this is a captivating exploration of gaming, as well as its continued effect on the world around them.

Without Indiana Jones, we wouldn’t have had Lara Croft. Without Lady Croft, I don’t think we would have had a Nathan Drake, and lord knows how many other characters. And the best part is, she’s still going strong!