The next stop for me in the Sci-Fi Chronicles book is the works of James Cameron, and this is where he got some of his start (and where a behind the scenes worker, Bill Paxton, also did some work) as the film’s production designer.

Cameron did some special effects work for this Roger Corman produced B-movie (something you can tell from the poster, and the horrible sound effects and opening credits) classic, that is infamous for it’s monstrous and troubling, maggot-worm rape scene (you read that right). The story follows a rescue ship that is racing to save a marooned ship only to confront terrors projected by their own imagination.

The cast includes Edward Albert, Erin Moran, Ray Walston, Sid Haig, Grace Zabriskie and Robert Englund, and despite its leanings towards gore and nudity (this is a science fiction b-movie after all) it has a fairly good story. When the actors aren’t chewing on the scenery.

An ancient alien pyramid (love the texture – you can see Giger influences here) looms against the small rescue ship, Quest, and as its crew searches for survivors, they all begin to meet their untimely, and rather grotesque dooms.

Cribbing some of its visual style, especially in terms of ships’ interiors, from Ridley Scott’s detail oriented designs in Alien. Some of the special effects are a more solid than you would expect from such a low budget film, while some simply look terrible. You can very much see Cameron’s influence though on the model designs, as well as the sets. 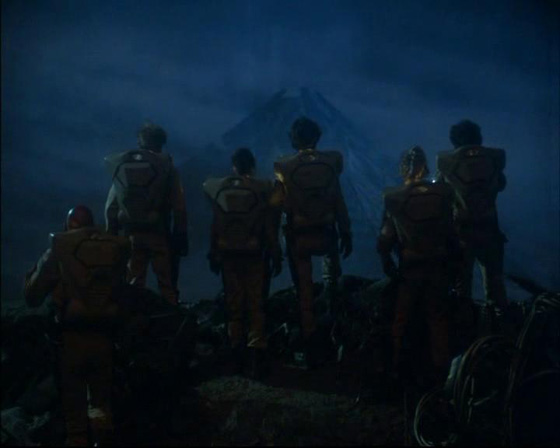 Running a very lean 81 minutes, the film doesn’t waste a lot of time in character development or story and world building. Instead it chooses to plunge us right into the horror as Captain Trantor (Zabriskie) the only survivor of a doomed mission leads her crew right into the horror and the danger.  Moran plays Alluma, the crew’s empath, Walston is Kore, who is more than he appears, and Englund is one tech/medic Ranger.

Focusing on jump scares, pushing things just that bit too far (that rape scene…), and indulging itself in gore (exploding heads? self-mutilation?), this one has earned a name for itself over the years, and it’s easy to see why. For all its disgusting aspects, the film is pretty entertaining, and I admit to enjoying it.

You can see how Alien influenced it, and how it in turn would go on to influence Event Horizon. Science fiction horror is a fine line to walk, and its done so rarely, and rarely done well, that you have to take the entries when they come along.

Rewatching this I would have loved to see a longer version of this film with character development, or spaced out over the course of a ten or twelve episode series, taking its time, introducing us to the character, a hint of a mystery that the crew is sent to investigate and then plunge us right into the horror.

Can you imagine if a space horror (as a series) took its time, built the world, and the characters, made you care about them, and then in the second half of the season when all hell breaks loose starts offing them?! That would be something. 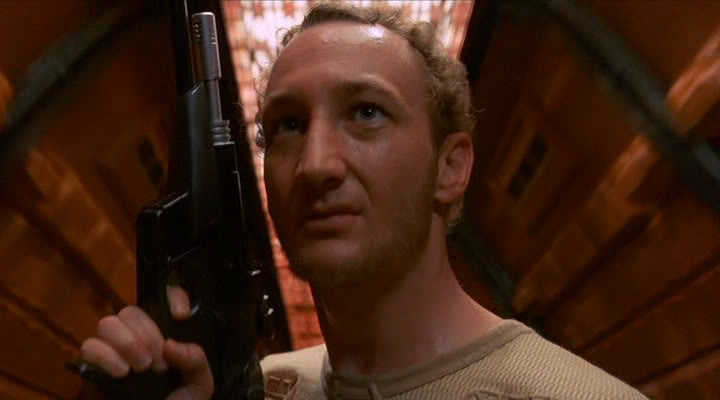