I dive back into the Thriller genre for the Great Movies – 100 Years of Film book, and the title this time around is North by Northwest, which I’ve previously covered for the blog, but not all the recommendations that follow it have been reviewed here on the blog. So I’m about to dig into a Hitchcock classic, The Secret Agent.

Three British agents are tasked with seeking out a German spy during the First World War, but what if their mission clashes with their conscience?

John Gielgud plays novelist Edgar Brodie, serving in British Intelligence. After his death is faked to create a new cover for him, Ashenden, he’s sent on an mission to Switzerland to eliminate a spy.

He’s paired with an aide, The General (Peter Lorre), and a female agent, Elsa (Madeleine Carroll) who is posing as his wife. There are complications, Elsa has a relationship with Robert Marvin (Robert Young) which could jeopardize the mission but she is also developing feelings for Brodie, who is becoming ambivalent about the actual assignment.

When he meets the man, Caypor (Percy Marmont) that he believes is his target, he becomes even more unsure of his mission. Things begin to really unravel from there, and you have to buckle in for a thrilling ride that races to a climax that may control the outcome of the First World War

I love the dialogue, a lot of it is sharp, and biting, just what you would expect from a Hitchcock film. As always, his sequences and pacing is top-notch, though the story is very cut and dry and Gielgud’s character is very much the unsullied white knight, he’s strong, good and moral, in the end it always comes down to Lorre’s General to do the killing.

Lorre walks a fine line in this film, he’s comedic, but he’s also creepy in a menacing way, and he balances the two wonderfully. Carroll acquits herself nicely, but I feel she wasn’t given enough to do. The trio make a very competent team, and watching them deal with their mission, its fallout and their own actions following it proves to be very entertaining.

The best thing about this movie was that it was a Hitchcock film I hadn’t seen yet (that list gets smaller and smaller all the time, though I keep getting drawn back to my favourites repeatedly… Happily there are a couple coming up in due course).

Without getting too spoilery, I love the model work during the climax of the film, sure you can tell models are being used but it’s done so quickly, and so well that you have no problem buying into it. It’s all in the editing, the framing and the pacing.

It does go for the happy ending, but this is one of those films where, to me, it feels earned. These characters did their part, and each of them meet a suitable fate.

I really enjoyed this one, and it had some great sequences – the mountain climbing sequence with the telescope being intercut with Caypor’s home, the church, the climax – solid, and enjoyable (and how about that poster?! They just don’t make good looking posters like that anymore). 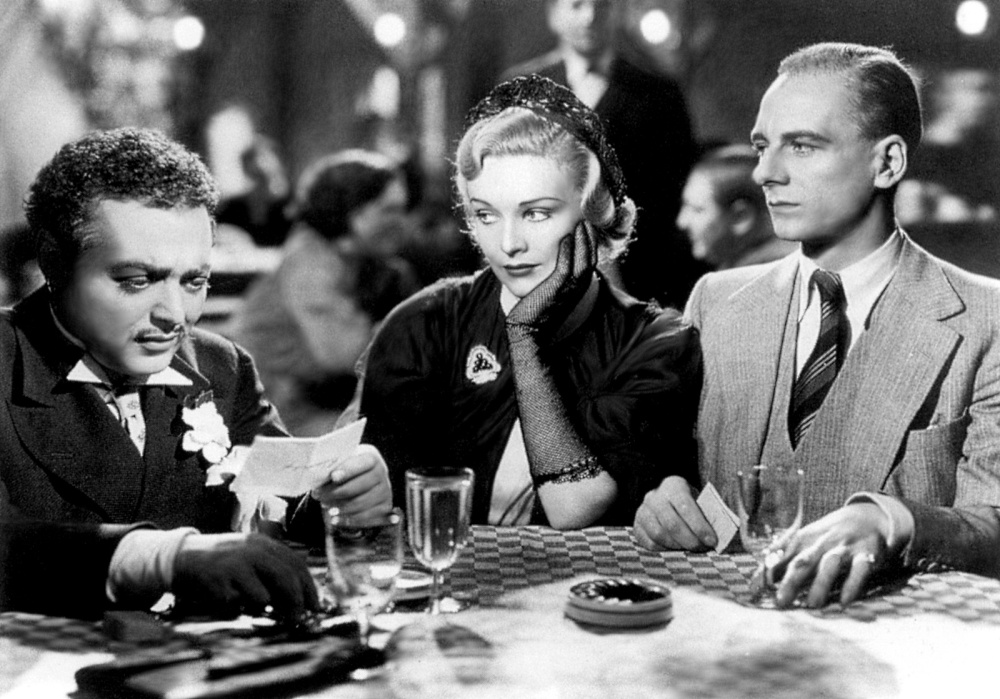