Available today from Anchor Bay is this unique film from Justin Benson and Aaron Moorhead, their follow-up to the delightfully mind-bending Resolution. Available on DVD and Blu-Ray this is a gentle, and beautifully filmed concoction that marries the romance film with the monster movie.

At the story’s heart is Evan (Lou Taylor Pucci), whose personal life is falling apart, his mother has succumbed to the cancer that was eating her away, he’s unhappy in his job, lonely, and his only friend smokes up more than he does. After a violent run-in, Even decides to get away, reset and refresh. Almost on a whim, he books a trip to Italy, and he is off on a journey he did not expect…

As he travels the country, smoking and drinking, seeking the occasional connection, and taking in the beauty of the landscape, he drifts aimlessly. That is until he arrives in a small sea-side town, and meets the vivacious Louise (Nadia Hilker). Immediately taken with the young woman, he elects to remain in the small town for a while, receiving a room, board, and some meager pay for helping out on a farm.

Against a gorgeous backdrop, the two begin to fall for one another, and to the filmmakers’ credit, they allow the film to breath, and take its time, letting the relationship develop naturally, and enjoyably. The two leads have a great chemistry, and their interactions feel organic, they are great together not only as actors but as characters. 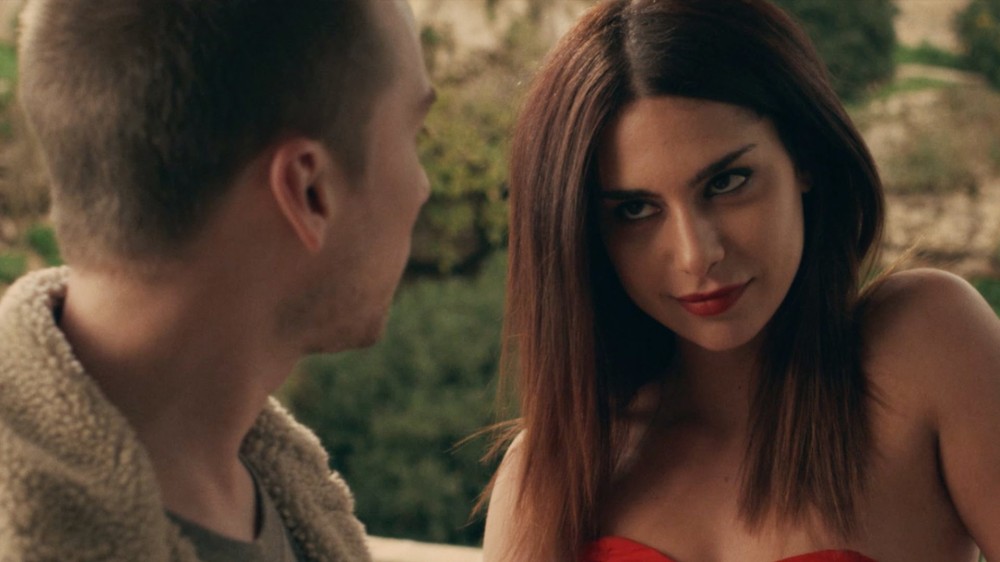 Claiming to be a genetics student, and blossoming scientist, Louise holds a terrifying secret, brought to life with fantastic makeup and visual effects, that never overshadow the film, or steal from the story’s substance but consistently add to it. As revelations are made, and Evan falls deeper in love, he realizes time may be running out and that the heart wants what it wants – but will it be enough?

A surprisingly gentle, strongly crafted effort that, actually would make a great date movie. The film never rushes, the characters have time to react, to grow, and build a foundation for a relationship that you actually care about. It’s as if Before Sunrise were written as a monster movie.

Both Pucci and Hilker are perfectly suited to their roles, Evan is disconnected, looking for something, love, family, all the things that have been taken from him, and Louise simply exists, afraid of what the finite and the heart may bring to her.

I was very taken in with this one, the pacing, the beats, the craft at work, are all gentle, unrushed, almost European in their sensibilities, and it works as a wonderfully unique take on the love story.

Combining pieces of mythology, history, gorgeous scenery and two likeable leads, this one is  definitely worth a look, and is available now from Anchor Bay on both DVD and blu-ray.