This week`s story sees a Companion leaving the TARDIS in this six-part adventure written by Victor Pemberton that aired from 16 March to 20 April, 1968.

The TARDIS arrives off the coast of England in 1968 and after being shot with tranquilizers, the Doctor (Troughton), Jamie (Frazer Hines) and Victoria (Deborah Watling) find themselves involved in an odd adventure.

It seems the local gas company, the very folks who just shot them with tranqs, are having a few unexplained problems with their rigs, but the cause is something they never expected. There’s something in the pipes, and it’s dangerous, and it has a plan.

A form of seaweed that acts likes a parasite, and has a defense system that includes releasing a poisonous gas, and a foam that enables them to take control of the minds of any person it comes into contact with.

All of it seems to keep piling up for poor Victoria, whom after so many adventures in the TARDIS is close to a breaking point I think, and begins to come a little unraveled. She’s had enough, and at the end of the story, takes her leave of the Doctor and Jamie, to stay behind with a married couple.

There are problems thwarting them, as some folks get taken over by the foam, there’s an annoying corporate suit, Robson (Victor Maddern) who wants to do nothing but run shifts on time, and make sure the company makes its money. 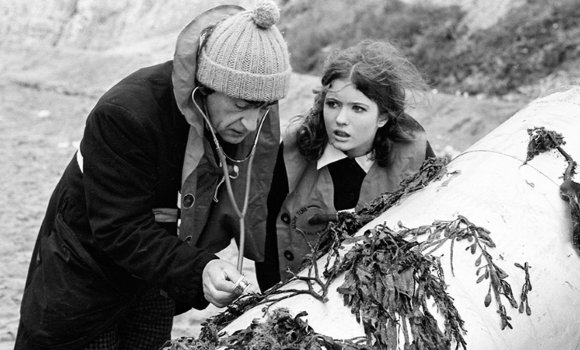 And, though, only used ever so briefly, and it actually just removes a screw in this episode, the sonic screwdriver makes its very first appearance!

Unfortunately, this is yet another one of the stories that no longer has any footage left to it, and is only currently available as a reconstruction, with photos and an audio track. So of course, that makes it rather difficult to enjoy, because as mentioned previously, so much of Doctor Who comes from the Doctor’s performance, and if you can’t see it, the story lacks a lot of appeal.

It is an interesting story in that the threat isn’t alien. As far as we know, it’s just a natural occurrence of the planet, and the Doctor actually finds a way to destroy it, and the gas company continues to make its profits. I think if the story were revisited today, it would certainly end in a different way. I don’t think the Doctor would destroy the seaweed, he’d find a way to stop them as a threat, but he would also find a way to provide the life form with whatever it really needed to survive.

Of course, by the story’s end, with Victoria leaving, both the Doctor and Jamie are upset. It’s obvious that Jamie feels rather strongly for her, but nothing ever came of it for him, poor fella.

There is only one story left in this season, The Wheel in Space, and then, we enter Troughton’s last stories as the Doctor, and by the end of next season, we’ll be going through another regeneration…