Season 3 of The Rockford Files comes to a close with these two episodes.

First up is Crack Back, written by Juanita Bartlett, and aired, originally on 25 March, 1977. Knowing Bartlett had written this one, told me that it would be very character driven, and it did not disappoint. The phone gag this time out is a final phone call about Jim (James Garner) avoiding the dental appointments for his root canal. He’s no longer welcome at that office.

Beth (Gretchen Corbett) is front and center in this episode that sees her hiring Jim, when she starts getting strange and disturbing phone calls, troubling gifts, and the knowledge that someone is watching her, while she gets ready to defend a big case.  When an up and coming football star is arrested and brought to trial, Beth helps him out, but with all these disturbing things happening around her, she’s not sure she can focus.

Asking Jim to investigate, he makes it a priority, running down leads, getting equally troubling phone calls, and is troubled to learn exactly where the case leads, though perhaps with Becker’s (Joe Santos) help he’ll be able to help Beth before it’s too late.

Bartlett really knows how to write these characters, and this episode gives them all a chance to shine, as they all piece together the mystery from different ends, and all come to the same inescapable conclusion. I like when Jim and Beth share screen time, because it’s obvious that no matter what their past entanglements, with others, and one another, it’s obvious they care about one another a great deal.

It was also cool to see John Calvin, who would later go on to co-star in Tales of the Gold Monkey, in this episode.

The next episode has a Bellisario tie-in as well, directed by Stuart Margolin who plays Angel in the series, this episode was penned by David Taylor and the final episode of season 3 aired 1 April, 1977. The phone gag for this episode is from someone who forgot why they called because Jim’s answering machine is boring.

Jim becomes concerned when Rocky (Noah Beery,Jr.) begins receiving money through the mail, and with good reason, because it looks like it’s all counterfeit. With Rocky out-of-town, on vacation in Hawaii, Jim finds himself caught up with Feds, thugs, and crime bosses, one of them played by none other than Magnum P.I.’s T.C. – Roger E. Mosley.

I also found it really funny that the episode of Magnum I watched last week, All Roads Lead to Floyd, featured Noah Beery Jr. in Hawaii as a bit of a con man, and despite the two stories, being filmed years apart, it’s a bit of interesting coincidence, and put a whole new spin on Rocky’s vacation to Hawaii.

This one was a fun way to end the season, it was cool that Stuart Margolin was in the director’s chair for this one, and I think that may have made the final moments of the episode that much more fun when Angel is getting a haircut.

So, now, onto Season 4, and what mysteries and guest stars await… 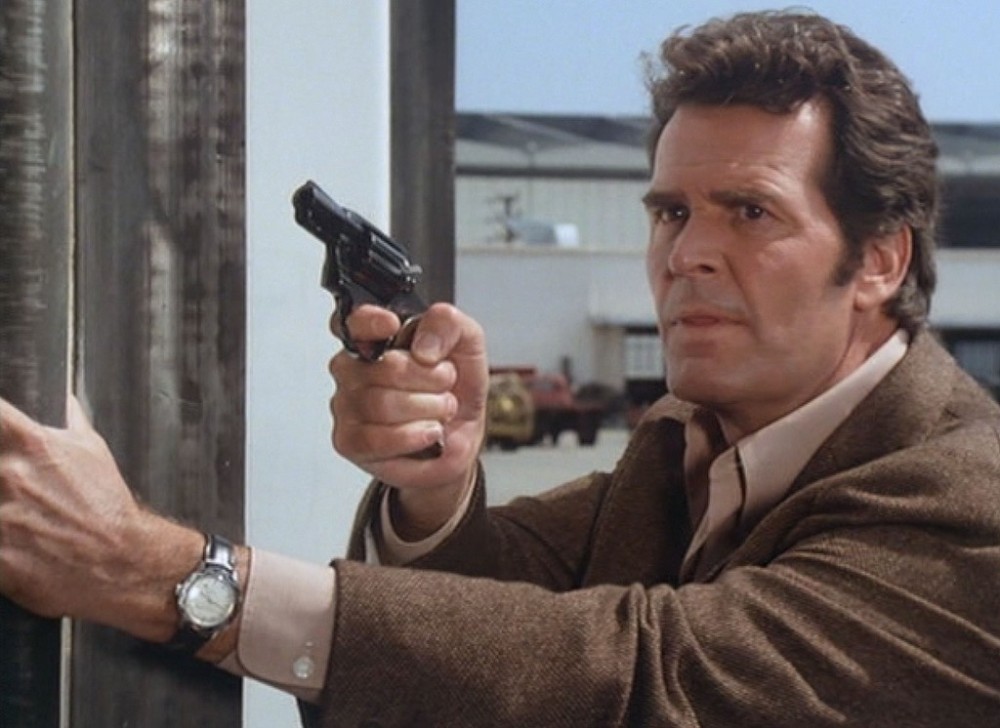