Strong writing is a feature of both this week’s episodes of The Rockford Files.

Jim (James Garner) is hired by a friend of his Sarah Butler (the Bionic Woman herself, Lindsay Wagner, reprising her role from the series premiere movie) in the first episode which features a phone gag about someone calling Rockford with the intention of hiring him, and then changes his mind halfway through the call.

Written by Edward J. Lasko from a story by Roy Huggins, and airing 3 January, 1975, Sara’s friend Aura Lee (Melissa Greene) is found dead from a drug overdose, but we already know that something is hinky with that because of the opening scene, where she bums a ride and is involved in an accident with a man we learn is Senator Evan Murdock (Robert Webber).

As Jim investigates, he thinks Murdock definitely has a motive, but there’s more to it, as he gets info from a painter, played by Lost in Space’s Bill Mumy. 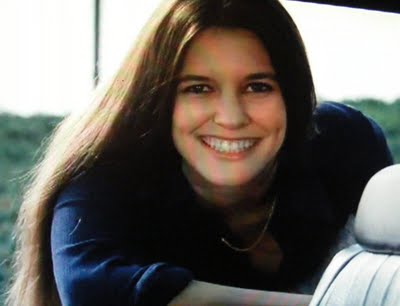 There are a couple of really enjoyable side moments in this episode, as Jim is showing around Aura’s picture, and becomes involved in a bit of a game of football with some kids, and gets his leg chewed on by an angry dog.

Becker (Joe Santos) makes an appearance to run down a licence for Jim, and each step brings Rockford closer to learning what really happened, especially when his prime suspect, the senator, turns up dead.

Before it’s over Jim figures it all out, and takes Sarah fishing a couple of times, and while she constantly remembers to bring the lunch for them, she’s always cutting the crusts off the sandwiches…

In Sleight of Hand, the phone gag is a laugh about a former client refusing to have Jim’s car repainted as an expense.

Airing 17 January of 75, the teleplay for this episode was written by Cannell and Jo Swerling Jr. but was based on the novel, Thin Air by Howard Browne. 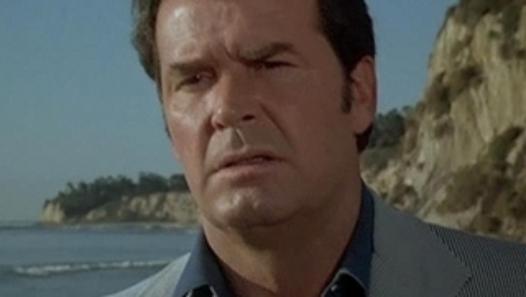 Driving a woman he’s seeing  home, along with her young daughter, Jim is dumbfounded when she disappears almost right in front of him. While Becker isn’t sure what to think, Lt. Diel (Tom Atkins – back again!) sees Rockford as the one and only suspect.

We know from Jim’s lonely walk at the beginning of the episode, that whatever happens, it doesn’t turn out well for our character, so going in there’s a heavier vibe than we usually get, and Jim’s fuse is a little shorter as he deals with the cops, and the leads he hunts down. One of which includes a quick appearance from Simon & Simon’s Gerald McRaney.

Both of these episodes are really strong,and very well crafted, and while, once again, not all of Rockford’s fashion choices are the best, he’s still one of the coolest detectives to come out of the 70s.

Rocky (Noah Beery, Jr.) makes a welcome appearance in the second episode, and he very much wants to help his son out of the dark place he seems to be in. He suggests a fishing trip, and tries to be there for Jim as much as he can…

Maybe he can help out more next week… 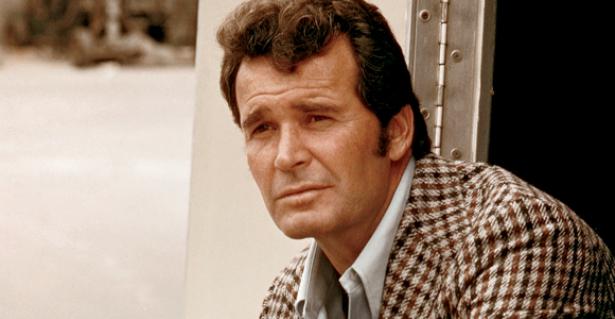