Jacque Tati directs and stars in the next film selection in the Great Movies – 100 Years of Film book.

It’s a gentle, chuckle-filled film that while probably not vastly entertaining to today’s audiences is a delightful little escape from the clash and furor that so populate today’s comedies.

Taking a page from the great silent film stars, the dialogue in the film is kept to a minimum and incidental at best, the real delight comes from the visual gags and the comedy of errors that seem to completely engulf Hulot (Tati) while he is on vacation along the French shore.

Hulot and his surrounding cast of characters have noe goof after another happening, and there always seems to be a couple going on at once, the organization and attention to detail that had to be done to make that work is pretty impressive. 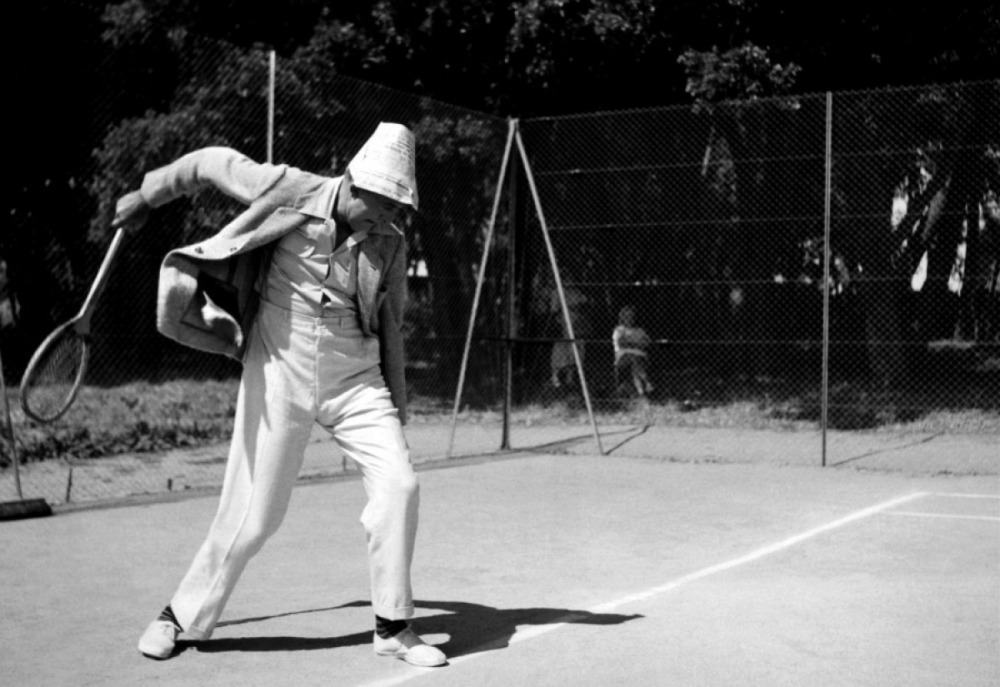 The film’s climax is undoubtedly my favorite sequence as in the middle of the night, Hulot accidentally sets all the holiday fireworks alight, waking all of the folks in town, and the hotel he’s staying in once again. (He’d been waking them up every night with the backfiring of his car).

There are tons of amusing characters moving throughout the film, an elderly couple on holiday, the local pretty girl Martine (Nathalie Pascaud), with her Princess Leia hair buns, whom all the boys seem to be chasing, the local proprietors of the hotel who are trying to keep everything clean and organized, and a few children, amongst others. Each of them weave in and around Hulot as he seems to stumble from one funny moment to another, from his unusual way of serving (and winning) at tennis and ping pong to accidentally arriving at a funeral and using the inner tube of one of his tires as a wreath, this one is just light humorous fare, and sets the tone for a lot of the slapstick that started to be created in later years. Five of which I will be watching soon from the recommendations list accompanying this title. 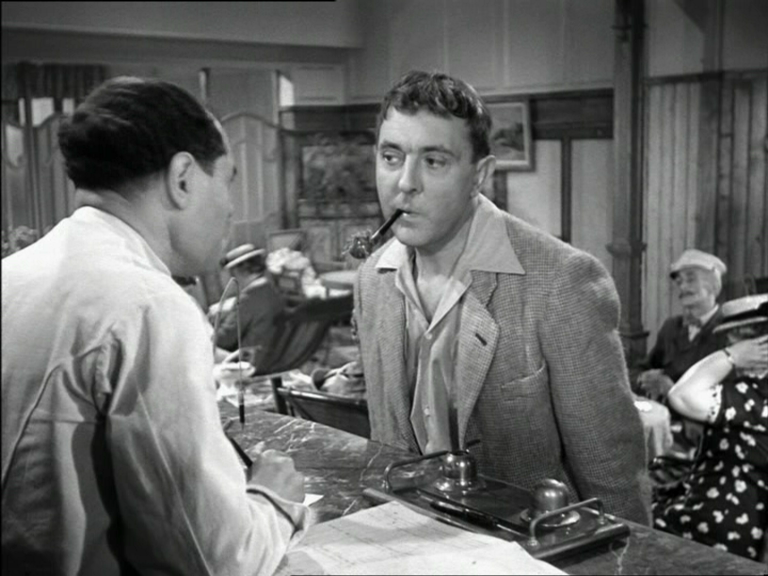 There’s no real story, it’s just a summer at a hotel by the beach, that’s it. But it works, as Hulot comes across as a French Buster Keaton and the progenitor of England’s Mister Bean. There isn’t a lot of physical comedy, but there are a lot of little gags, and this film no doubt influenced a lot of the slapstick genre of comedies that came after it.

It’s amusing, and soft, there are no harsh edges to the film at all, it is quite simply, and appropriately an amuse-bouche, a completely different creature from today’s slapstick humor. And honestly, I find that rather refreshing. Don’t get me wrong, there are a couple of titles in the recommendations I am looking forward to watching, but this one was just, well… nice. There’s no other way to really describe it.

So if you’ve seen it, please share your thoughts below, if you haven’t and like an enjoyable comedy, especially those of yesteryear, check it out and let me know, I’ll want to hear from you! 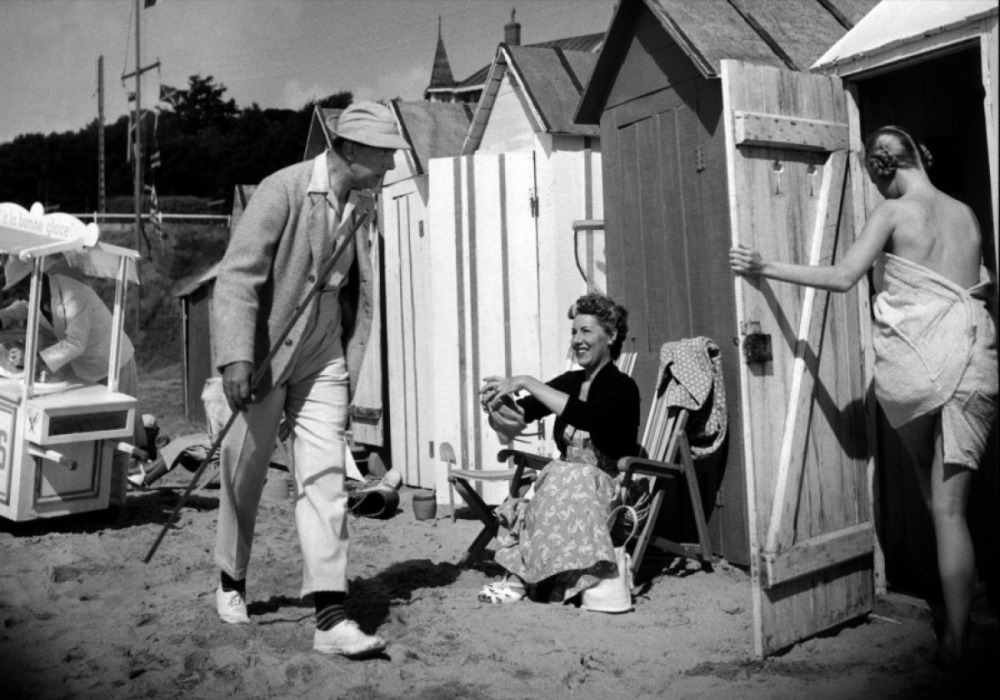