He also finds himself embroiled in tracking down a potential terrorist attack in London, and he solves a multitude of minor issues. But that is not what this episode is about.

This episode is undeniably about the relationship between Sherlock and John Watson (Martin Freeman).

At the end of the last series, John believes he sees Sherlock plunge from a rooftop to his death, driven on by Moriarty (Andrew Scott) who is planning on killing all those Sherlock holds dear if he doesn’t kill himself.

John has lived with the image of his dead friend for two years, he’s buried him, his grieved for him, and he’s moved on… he’s on the verge of proposing to his girlfriend Mary (Amanda Abbington).

And then on the very eve he is planning to propose, Sherlock strides back into his life, in what starts as a rather comedic scene. It’s a powerful moment, beautifully played out by Freeman – shock, almost horror, changes to pain, betrayal and anger.

Holmes literally has no idea how to behave as a real human, he thinks John will be delighted beyond belief, he has no idea how much this has hurt his friend, which is a word that he doesn’t always seem to understand.

It doesn’t get any better when John starts to learn how many more people knew Sherlock was alive, but he didn’t.

The terrorist plot is almost inconsequential to the story, though it is a lot of fun to see Sherlock’s mind working, and the little pop ups appearing on the screen as he puzzles and works things through. It is more enjoyable though to see that by episode’s end, Holmes has in fact grown a little, and begins to recognize the importance of those people around him, from Lestrade (Rupert Graves), to Molly (Louise Brealey) to the much put-upon Mrs. Hudson (Una Stubbs).

He is, however, quite happy, to leave his brother Mycroft (Mark Gatiss), to his parents, though the two of them have a fun scene playing deductions, and other enjoyable games… 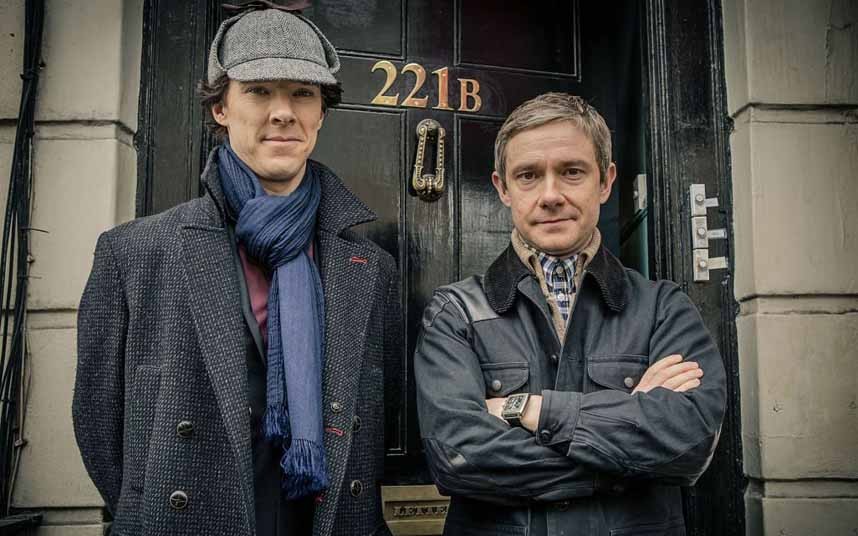 It’s a joy to have Sherlock and Watson back, sadly of course, now there are only two episodes left in the series (next week it sounds like John and Mary are headed to the altar with Holmes as best man).

The dialogue is sharp, the moments are a lot of fun, the belief by Mrs. Hudson that John and Sherlock are lovers is something that is funnily echoed in a group called The Empty Hearse. This is a group that gets together on a regular basis, and believes that Sherlock Lives, and are constantly coming up with new, outlandish theories on Holmes survived his plunge.

While I’m sure this one won’t be my favorite episode of the season, I am no less delighted that this amazing duo is back.

I’m settling back into 221B Baker St, how about you? 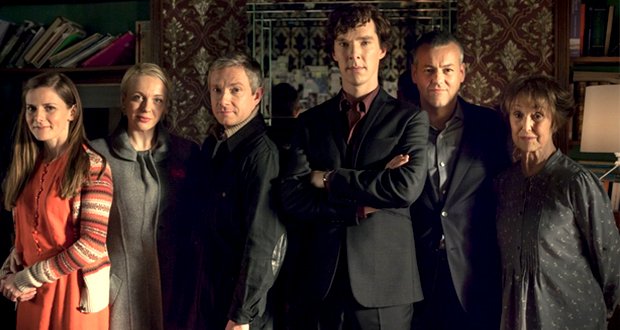