The 101 Sci-Fi Movies is coming to an end, and it was a lot of fun revisiting this highly enjoyable film from South Korea. The Host is a monster movie that balances thrills and laughs, and some great moments.

Park Gang-du (Song Kang-ho) is a little slow, loves a nap, and can’t really be bothered with anything but his clever daughter, Hyun-seo (Go Ah-sung). His father Hee-bong (Byun Hee-bong) puts up with him working together in their snack bar alongside the Han River, while the rest of the family is out there trying to earn a living. There’s the medal winning archer and sister, Nam-joo (Bae Doona) and the college educated, but unable to find a job brother, Nam-il (Park Hae-il).

Trouble erupts on a sunny day by the river, when a mutant creature, created by the pouring of chemicals into the river by the callous orders of an American scientist, launches itself from the water and begins to run down its prey… people.

In a sequence that is alternately funny and terrifying Park is separated from his daughter, and has to watch as little Hyun-seo is wrapped up in this massive creature’s tail and stolen away from him, as it returns to the waters and its sewer home.

Believing her to be dead, brings the family together (their mourning turns from sad to funny), where they are immediately put under quarantine by the government, with some U.S. help, and sequestered to a hospital under the guise of being infected with a virus.

While there, they learn that Hyun-seo is still alive, and nothing is going to stop this dysfunctional family from getting their little girl back. There are hospital breakouts, missed shots, heartache and death ahead of them, as they fight to keep their family together, alternately fighting the monster and avoiding the sinister government forces at work to quell the people and their protest about the U.S. involvement that caused the creature in the first place.

The VFX for the monster, looked at now, aren’t as strong as they could be, but it still looks amazing, and of course since we see it a lot, in lots of daylight, as opposed to hidden away in shadows, we really get a look at it, and the design is pretty awesome. You can tell at some point it was a fish of some sort, and then… gah.

There are lots of fun moments, and shocking ones as well, the scene where the beast regurgitates up its meals, and all that tumbles out is bones upon bones is troubling, Park gets some funny moments, but his love for his daughter drives everything he does, and as a parent, he will not be stopped, no matter how insurmountable the odds may be.

There is a political message in this film, one about the distaste the Korean people have for American’s meddling in their affairs, but on its surface it’s a romp, with laughs and chills, and not near as much blood as you would think for a monster movie.

This one was a real joy to rewatch, and with that, we come up on the last title in the book…

What did you think of this one? 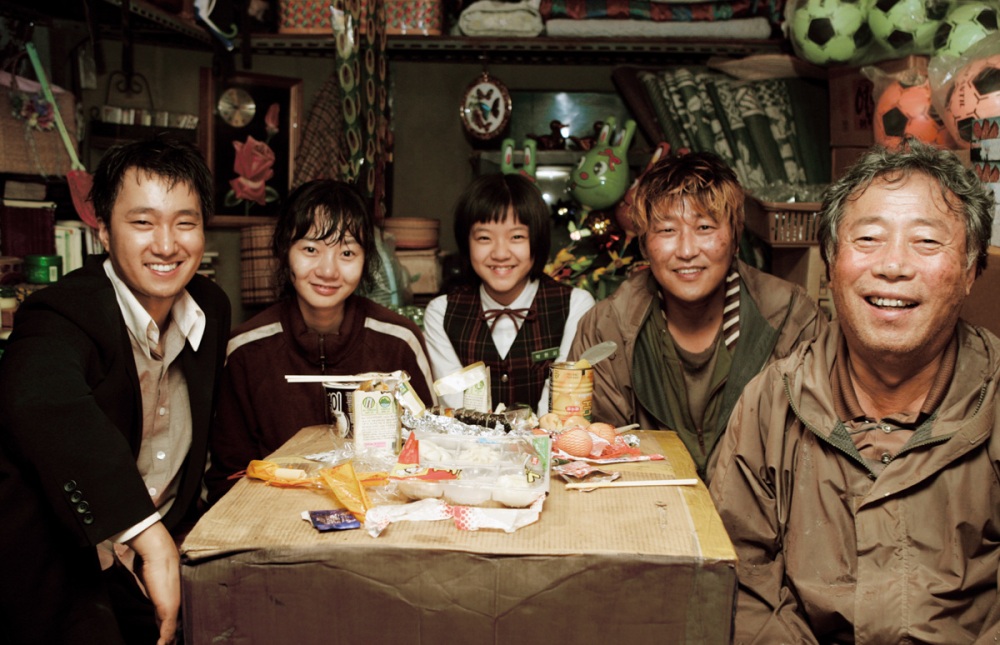