I had been looking forward to the next round of Toronto After Dark Spotlight films since they were first announced, simply because I loved the look of Europa Report, and no sooner had the film started rolling, on what, for me, was a majestic and wonderful piece of film, than I thought of these lines from Arthur C. Clarke’s 2010 –

While not using Clarke’s work as an actual jumping off point, I was very much put in that same mind of exploration, and the seeking of new life out there amongst the vast reaches of space, and now that Mars seems to be kind of off the table in regards to life (though I keep hoping), the next most likely spot in our solar system is Europa, an ice-covered moon of Jupiter with the possibility of giant lakes and oceans beneath it’s surface. And wherever there is water there is the possibility of life.

Therein lies the premise of Europa Report, a private group finances the expedition of a multi-national crew on a 4 year round trip journey across our solar system to investigate this world, and see what mysteries it holds.

This crew of six sets out across the vast ocean of darkness for Europa, leaving behind friends, family, and loved ones, in a search to see if we truly are alone in our solar system.

The film is told through a compilation of recovered footage from the expedition, overseen by Dr. Samantha Unger (Embeth Davidtz) who tells us how contact was lost after a solar storm erupted. The ship’s data was later transmitted back to earth, revealing all that had happened to the ship and her crew.

The footage, all shot through stationary cameras in, around and on the ship, as well as on the EV suits used by the crew, moves back and forth along the timeline of the mission, showing the crew’s sacrifices, the mystery of exploration, the stress on human’s during long-term space travel (especially leaving all you know behind) and the excitement, wonder and fear involved in discovery.

Assisted by NASA, the film has one of the most realistic looks at space travel and exploration put on the screen since Kubrick’s 2001. This isn’t a jetting around the universe and blowing up xenomorphs kind of film, this is long journeys, and realizing our hopes of discovery and exploration.

I get giddy just thinking about stuff like that.

Each member of the cast, just as if they were a real crew, has their moment, and through them we experience the wonder, the desolation, and yes, sometimes even the boredom of long distance space travel, but the journey isn’t an easy one, their dedication to each other, and above that, the mission, will see them through. 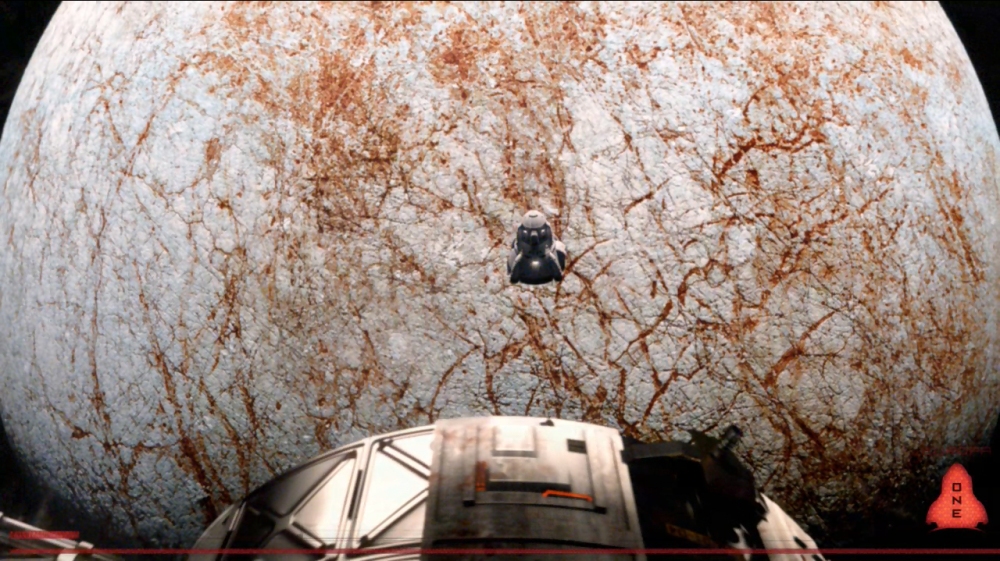 I loved the way this film was crafted, and loved watching the lander’s descent onto Europa, the thrill of the exploration as they begin to drill through the ice, and that awesome moment when they break through into water below. Seeking, hoping, wanting to learn and discover…

The look of the film, everything, is exactly as I would imagine it to be on an interstellar journey, that I wish we were undertaking even now.

I love how Corrigan is filming things early in the film as a message to his son, but also explaining the hows and the whys of the crew, as well as how the ship works. 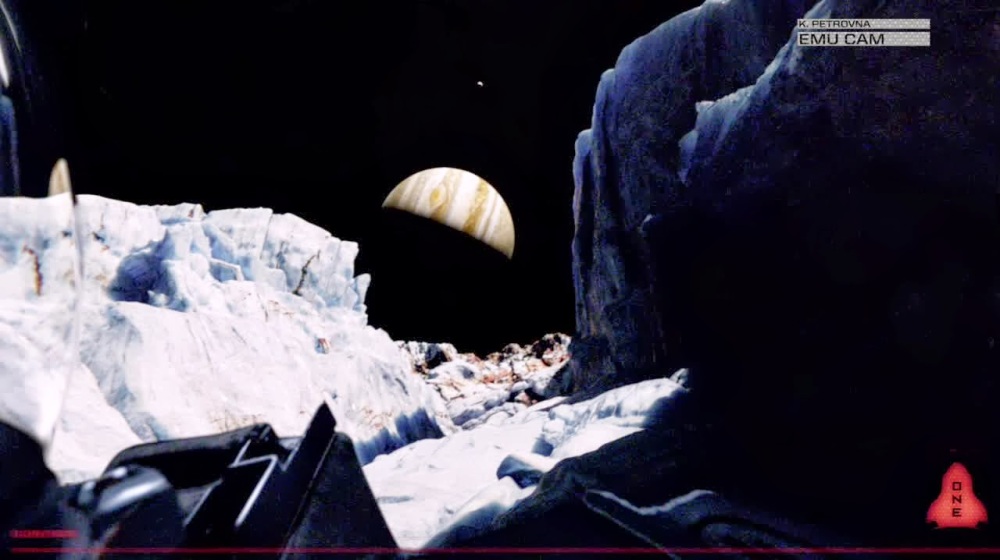 I also loved when the entire screen was filled with images from all over the mission, and you can hear screaming and yelling, which just adds to the tension, because you know that something terrible is going to happen. And when things go wrong, the crew handle as much of it as they can as professionals, making tough, life-impacting decisions, finding triumph in tragedy, hope from despair, and discovery in the face of danger.

The film features a gorgeous score by Bear McCreary, who just seems to be everywhere these days, and never fails to disappoint in his musical compositions!

As much as I love a good, fun, loud sci-fi flick, this kind of film, intent on putting the science back in science fiction, tends to fire my imagination, filling me with that explorer’s wanderlust as I look at the evening sky…

For those who want an excellent science fiction film, I cannot recommend this one enough. Seek it out, you won’t regret it.

And thanks to Toronto After Dark for putting it in their Spotlight!