Verhoeven returns to the 101 Sci-Fi Movies with this loud, violent and gory action film that sees humanity at war with a race of insects in a distant system.

Based loosely on Robert Heinlein’s original novel, the tale follows a group of high school graduates, barely two-dimensional characters in their creation, as they sign up for service, and then citizenship in the federation.

The film is bathed in war propaganda, American militarism, Nazi-esque uniforms, and the non-stop news stream, and while one can watch it as a superficial war movie, there is a strongly cynical look at the way war is promoted and transmitted via media.

There’s a sequence in the “do want to know more?” bits where kids are stomping on bugs, squishing them beneath their shoes while a mother cheers them on in delighted hysterics, it’s frightening, because this mother is condoning and cheering on this action. Gah.

Our lead characters, Johnny Rico (Casper Van Dien), Dizzy Flores (Dina Meyer), Carmen Ibanez (Denise RIchards) and Carl Jenkins (Neil Patrick Harris) are thrust into the thick of it, being shipped to different branches of the service to train and fight and win. Rico and Flores end up as ground troops, Ibanez in fleet as a pilot, and Carl works in theory and tactics. 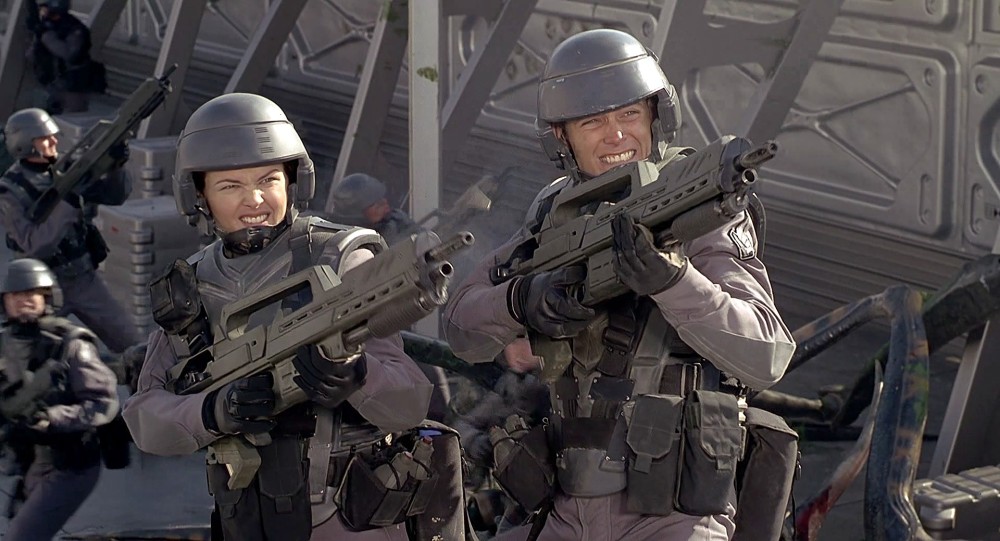 With a sly sense of humor, our cardboard characters go through basic training under Sgt. Zim (the ever awesome Clancy Brown), and serve under Rasczak (the wicked Michael Ironside), while Carmen is off flying star cruisers under Captain Deladier (Brenda Strong).

All of them arriving on the notorious Planet P, after an unexpected massacre to hunt down what they are referring to as the ‘brain bug.’

The special effects, CG and model work that fill the action sequences are first-rate, and I’ve always liked the design of the starships. 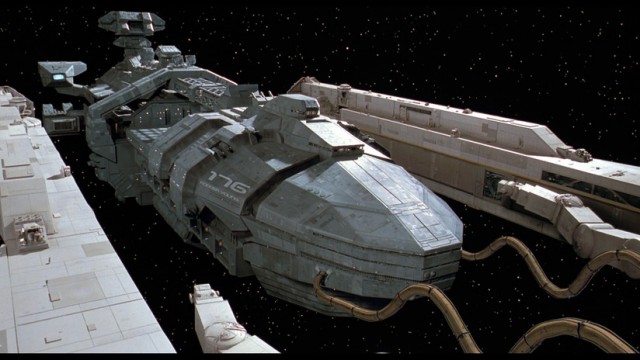 The bugs vary in types and sizes, from giant roaches, to massive flame-spraying beetles, weaving in amongst them are the soldier bugs, that are brutal in their attacks, and can slice a person in half with their jaws. Watching them spill out of holes and mass around our heroes is a little unnerving especially in a sequence that sees them in a location about to be overrun, having been led into a trap, which features a too-small role for Marshall Bell.

This is a film that is not for everyone, the acting, as mentioned is stiff at best, with no real character development, and the violence and gore may be more than some people care for.

But I can’t help but get into a lot of it. Yes, I know it also serves as an indictment to the way our society creates its propaganda, vilifying the enemy into a mass of nameless, faceless baddies to be stopped.

In typical Verhoeven manner, things blow up, people are killed, breasts are exposed and you can either take it all at face value and enjoy it, or ignore it.

For me, it’s just a loud, bloody film that still makes for good entertainment. 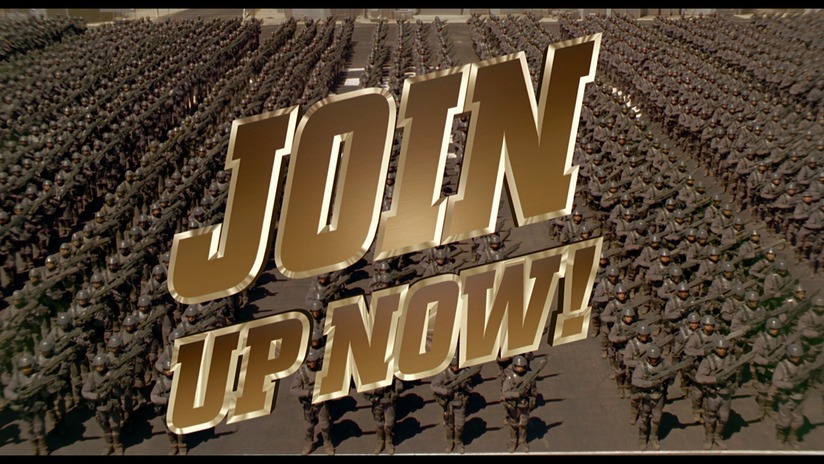