Nostalgia is a powerful thing.

It can evoke memories you thought were long forgotten when something triggers it, like an object you’ve not seen since your childhood.

Add to that new and wonderful items to catch the collector’s eye, and a couple of celebrity crushes (I’m looking at you Stacie and Amanda – Degrassi rules!), and you may have an idea of how the Sunday Sue and I spent at the ToyCon went.

I’m not sure who had the idea to hold the event in Burlington’s Royal Botanical Gardens, but I have to commend them. The venue was a cozy and comfy size, with the added bonus of lots of plants as well, adding a rather unique feel to the event, separating it from other conventions we’ve gone to. 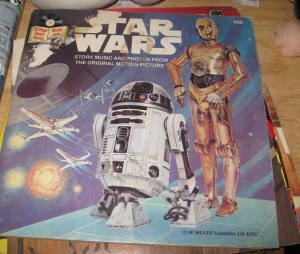 It was not on the scale of the increasingly massive, but always enjoyable FanExpo conventions which Sue and I are always happy to attend just for the guests, this was of a more intimate nature, and while there was quite a crowd, there was plenty of time and space to navigate the tables, and more importantly revisiting tables to find treasures you may have missed on the first run through. Something that happened to both Sue and I.

Now when I say toys, I mean collectible toys, Hot Wheels, Marvel, DC, board games, Transformers, G.I. Joe, Star Wars, Star Trek… and when I say toys, I don’t just mean new toys, I mean stuff going back! There were board games (including a Speed Buggy and Battlestar Galactica one I haven’t seen since I was a kid! They also had my Star Wars Board Game – Escape From the Death Star!).

We hit one table, and I came across something I had NEVER heard of, nor imagined had ever been made, a Black Hole coffee mug with the Cygnus on it. I know what you’re thinking… Tim, you don’t drink coffee! No I don’t, but I love a good tea, and did you miss the part where I mentioned it was a Black Hole mug from 1979!?! WICKSOME!

Sue found an unopened package of V trading cards, stick of gum still intact to go with her completed collection at home, and I was stunned to come across a few items from my childhood that I thought I may never see again, and in fact had forgotten them completely until I saw them, and BOOM! The memories came flooding back! 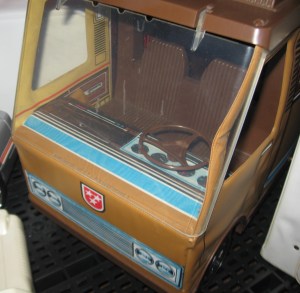 I came across a Big Jim camper van, which I remember playing with in the basement of our house in Borden, it was one of my go to toys before the release of Star Wars. It was just the camper itself, none of the accessories, but it flooded back a lot of memories. I almost bought it right there because of that.

Then there was a whole table of Fisher Price toys, and there it was, my Fisher Price parking garage that I had when I was in Calgary, as a wee lad, I can remember opening it up for one of my birthdays! It was simply amazing to see there!

The pricing on everything was incredibly fair, and it seemed almost everyone was open to haggling a bit. There were original Star Wars toys, including a disassembled cardboard Death Star, which was the one I got as a kid, though I really wanted the big plastic one. I did grow to love the cardboard one though.

There were amazing things to be seen, and I’m so glad we circled as many times as we did. I found a Star Trek toy phaser from 1979 that makes noise and lights up, if I can get it to work again.  Sue found a stuffed Jedi Mickey Mouse, and I found an original Muppet Show Fozzie Bear, as well as a Gatchaman figure, read as Mark from Battle of the Planets!

The place was a gold mind, and everyone was so incredibly friendly and cheerful, chatting, swapping stories.

We caught up momentarily with our Smithee.TV producer Ryan Goldhar, and we met his young son, who was eager to tell us about the MegaZord he’d found.

We also bumped into our dear friend Natasha Eloi, who we talked toys with, and were happy to talk about all the cool things we’d found.

But if the toys weren’t enough, there was the usual Botanical Garden programs running as well, including a reptile show featuring a young crocodile, cool, and a giant boa constrictor, not so cool, gah in fact.

The Ontario Ghostbusters were present, Nerd Girl Burlesque, and all those wonderful toys!!!

In the center of the entire affair was the celebrity table featuring author J.M Frey, Human Centipede actress Ashlynn Yennie, the very cool Casper Van Dien (Starship Troopers and The Pact), and, wait for it… Stacie Mistysyn and Amanda Stepto, Caitlin and Spike from Degrassi. That’s when I knew I was going to this con, as soon as I heard they were going to be there. We found time to talk to Casper, Stacie and Amanda, and hopefully we’ll have an audio podacst up for you in the near future so you can listen in on our chats, all of whom were fun, friendly, and happy to chat with us.

There are a few more toy conventions coming up in the near future, and if they are anything like this one, Sue and I are bound to become fixtures at them. It’s just amazing some of the things we saw, and how many things we both pointed out as memories from our childhood.

This was a pretty sweet way to spend a Sunday, browsing thousands upon thousands of amazing toys, and coming home with some unexpected treasures.

Thanks for the incredible day, and we hope we get to see you all again! 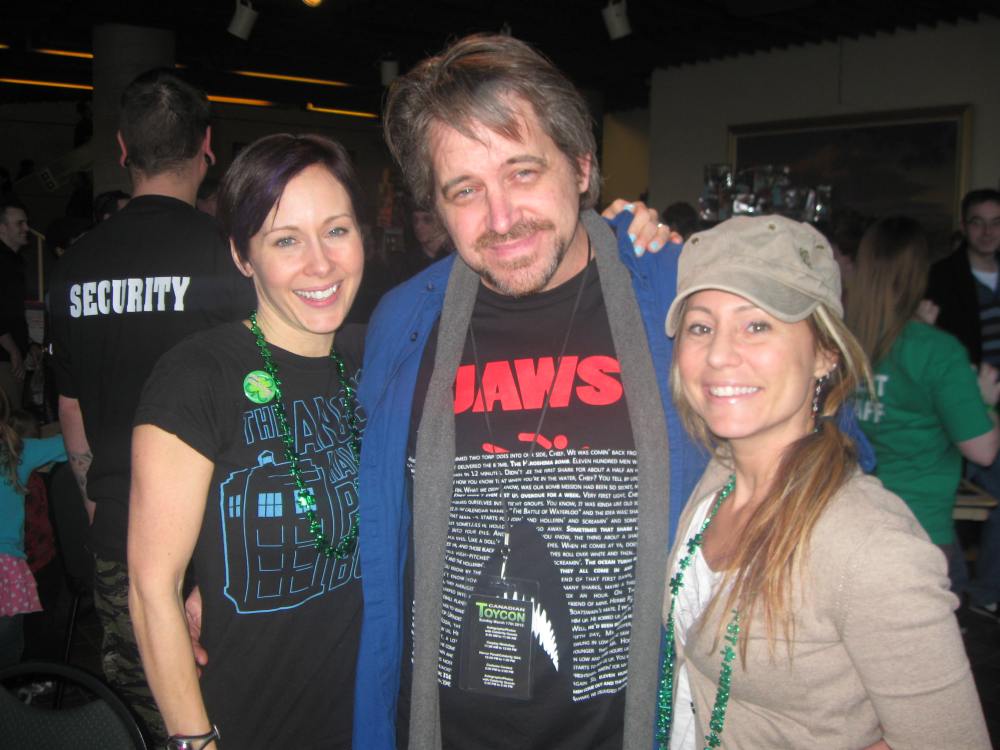