This is one of my favorite films from the festival, right up there with Her Master’s Voice and Despite The Gods.

Set against the backdrop of the 2010 World Cup, we are introduced to Steven, his oldest daughter, nicknamed Moskito, his mentally ill wife and his youngest son, the scene sealing Thabang.

Steven has the easiest disposition and quickest smile of anyone I’ve ever seen.
And that is saying something as he grew up in apartheid era South Africa. So like Where Heaven and Hell Meet from this morning, this too is a film about wanting something better for the generation that follows us.

Steven works hard at his tiny tuck shop in District 11, a township composed of homes and shacks, with no running water, no paved roads, no electricity. And though he’s geographically close to the World Cup playoffs, he may as well be on another planet.

Yet through all this, he lets his hope prevail. His work ethic serves him as he constantly works, and tries to improve on his business, and looking after his entire family.

Moskito is a gifted football player, and is growing quickly into womanhood, though she knows to be cautious and enjoy her youth while she can, and is the only member of the family who actually gets a chance to see one of the games in person.

The rest of the family gathers around an old black and white television in the tuck shop, and cheer on their teams from there.

Steven could well be an angry and upset man, but instead, he embraces life, lives strongly, bravely, and shares the love he has for life.

And little Thabang steals every scene he is in, but the one that stands out is when his father is bathing him in hot water, running a wash cloth over him. It’s so warm and the air so cool you can see the steam just curling up and off the little fella, and with a wicked grin he looks right at the camera and proclaims he’s boiling.

For all the destitution around them Steven cultivates, grows and shares that most unique and prized of human traits… the ability to hope.

A gorgeously shot film, on a 5D DSLR, it’s filled with humanity in some terrible conditions, but living at its best. 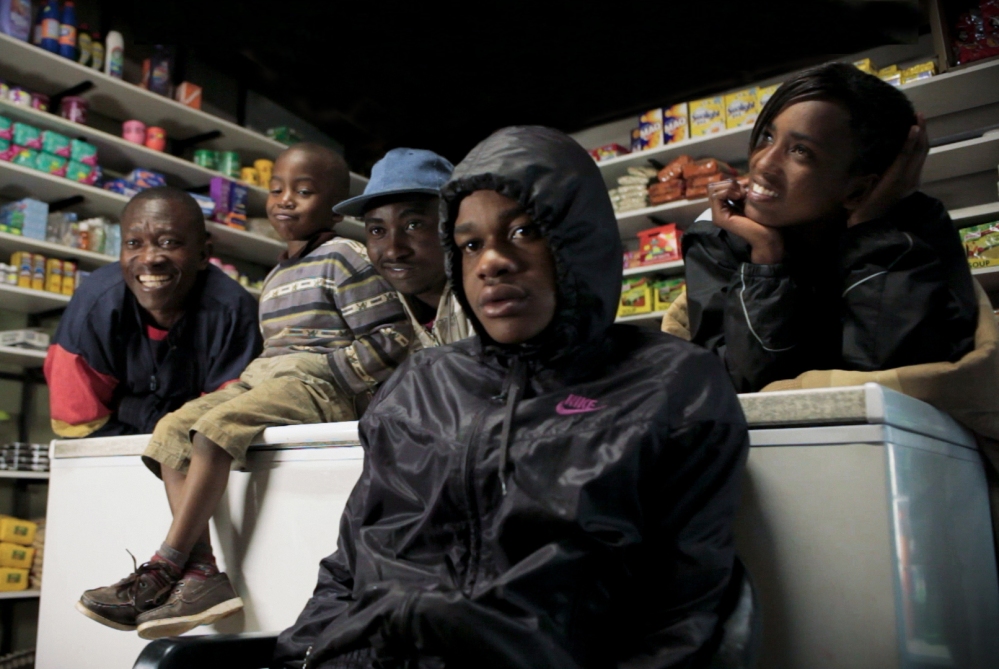